As we head towards the end of the B1G season, we have a conference that is playing out, in many respects, like the battle raging in the Seven Kingdoms for the Iron Throne. We had such a great response to last year’s power poll that compared our teams to the hit HBO series Game of Thrones for season 1, we thought we’d bring it back for season 2. Just like last year, when we only focused on season 1, this power poll only concentrates on the TV show and what happened in season 2. I don't use season 1, and I don't use the books...well, with one exception that kinda sorta fit. 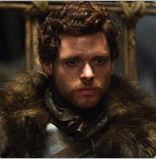 You’re on a roll, winning victory after victory. You’ve won minor victories, major victories, and even a battle or two you weren’t supposed to. But you violated a big rule with House Frey and kept a marriage email secret. You get the feeling that as high as you’re riding now, it’s going to end very, very bad a season or two from now.

You're a new and mysterious character, unfamiliar to us from previous seasons. You are clad in red, touting your superiority in an almost cult-like manner. But you have a fair amount of T-magic up your, uh...sleeve, and you use it to your advantage at the most opportune time. 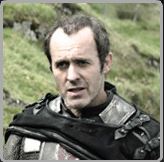 You lay claim to the Iron Throne simply because you feel it is your right to, without any real proof other than old historical lineage books and you saying so. You open as the pre-season favorite to take the Iron Throne, but as usual, you escaped one battle on sheer magic but then lose a battle you should’ve easily won, and your title dreams now sit at the bottom of Blackwater Bay, at least for the time being. If only your elbow hadn’t flared up just as the wildfire boat was approaching. 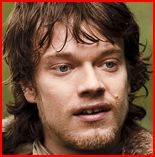 You are trying to deal with your exile as best you can, and you are given a shell of an army and navy to do some minor raiding. Yes, you take Winterfell, but it’s not like Winterfell from back in the day, and it's more of a hollow victory than anything. And you were pretty mean to innocent kids. 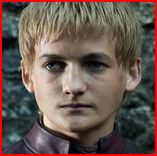 You do a good job beating up on weaker opponents, but your hold on the Iron Throne appears tenuous, at best. The only thing keeping you there is the relative weaknesses of everyone else. You are impulsive, immature, and have an arrogance that is both unfounded and grating.

As the season opened, you were the only redeeming character in the show. You quietly amass power, and your dimunitive size hid an ability to punch above your weight class. But the end of the season found you in your normal place, on the outside looking in, with only a couple of ardent followers still believing in you. You're still rich as hell, though. 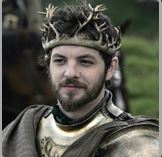 Your claim on the throne is even more dubious than your big brother Stannis’ claim. At least he has somewhat of a case. You think you should be king just because no one likes your brother, and people will like you better. As usual, your brother’s evil magic puts you in your place. 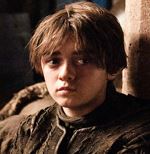 Your once prestigious family is scattered and in tatters, but you navigate an almost impossible situation about as well as could be expected. You survive in Harrenhal, living off of small victories here and there, and eventually make an escape north, towards bowl eligibility. 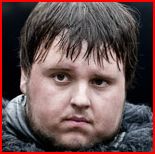 You’re a nice enough guy, but you have few discernible skills when you’re taken north of the Wall, which we'll call 'gameday'. You try to keep up with the rest of the raiding party, but you can't and you’re left behind. It’s in the middle of a blizzard, and one only assumes you’ll freeze to death if the White Walkers don't finish you off first. 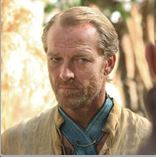 Jorah is a disgraced member of a prestigious basketball family. Outcast from his homeland, he was forced in to exile in a foreign land we'll call 'football'. Now he gets by as part of an entourage, but if things work out like he hopes, he might be on a comeback. 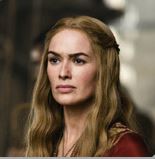 You begin the season full of optimism, and if a couple things work out the way you think they might, you’ll still be in the inner circle when it’s all said and done. But the end of the season finds you holed up in a room, drunk and incoherent, ready to poison yourself. 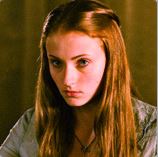 You have been abandoned, left to the mercy of the big boys in King’s Landing. You're publicly humiliated on an almost daily basis, and it's gotten so bad that it's almost hopeless. Your father’s head has been used as a basketball, and the only thing keeping you from death is pity.

Game of Thrones is an HBO series based on the series of books 'A Song Of Fire and Ice', by George R. R. Martin. Season three of 'Game of Thrones' returns in March Sunday, March 31st. You can watch season one and two on HBO Go, HBO on Demand, or a multitude of other platforms.