Off Tackle Empire's latest bowl projections for the Big Ten and the BCS following week 12 of NCAA football action.

For those of you hoping that the SEC's death grip on BCS Championship appearances would be broken this season...sorry. Leave it to a middling Big 12 team to ruin the conference's only legitimate shot at a national championship and Oregon to fall flat on their face in a November primetime game. The more things change the more they stay the same, right?

Now that Oregon and Kansas State have graciously handed the #1 and #2 spots to Notre Dame and Alabama the pundits and media have the Fighting Irish and Crimson Tide playing in the BCS Championship Game. But is it that cut and dry? While Notre Dame's spot is all but locked up due to USC losing half of their team to injury (and the fact that they're coached by Lane Kiffin) why do we automatically assume that the Tide will roll over Georgia in the SEC Championship Game? Alabama struggled against LSU, lost to Texas A&M and dusted a 1-win community college last week. Georgia, on the other hand, hasn't lost since the first week of October. Could you make an argument that Bulldogs can shock the world?

OK let's be honest. Georgia doesn't stand a chance against Alabama. 7 of Georgia's 10 wins came against teams with losing records and Georgia Southern is an FCS team. Then again, did Baylor or Stanford stand a chance? In the words of Kevin Garnett:

"I don't have Ray's number anymore...I'm not trying to communicate. I'm just being honest with everybody in here. ... It's just what it is."

Wait...that's not right. Regardless, college football wouldn't be college football if the team with the easiest path to BCS Championship didn't lose a game they had no business losing. That's why we love it.

Meanwhile, back in the Big Ten, this is happening: 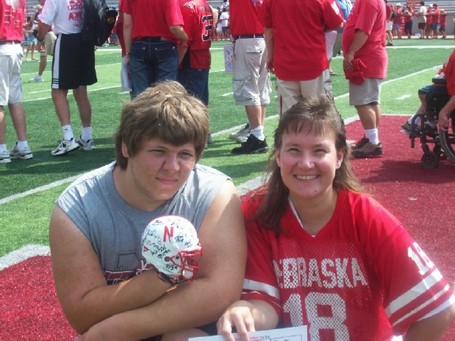 On to the projections.