B1G 2012 // Keeping the Enemy Close: This Is Why The Illini Can't Have Nice Things

Share All sharing options for: B1G 2012 // Keeping the Enemy Close: This Is Why The Illini Can't Have Nice Things

The Illini -- Like George Lucas, They Can Ruin Any Good Thing. (Photo courtesy of The Lion's Den)

We're supposed to hate our rivals. It's supposed to be easy, as natural as breathing, an inherent part of our fandom DNA. Michigan fans could not imagine life without hating Ohio State, Indiana will always hate Purdue, Michigan State will always hate Michigan, hatred of everybody Minnesota is Iowa's fifth most important export (behind corn, crystal meth, patrons for Wrigleyville bars, and floundering presidential primary candidates), and all of the B1G hates That School in South Bend.

Then why is it so hard for Northwestern and Illinois to properly hate one another?

The elements are there -- city vs. downstate, private vs. public, the battle to be "Chicago's Big Ten Team," just 8 games separating the teams in their 105 game history, a Monopoly-piece rivalry trophy, and even below-the-belt cheap shots. And yet even Illini Coach Tim Beckman had to resort to derivative Hoke-a-mania inspired gimmickry to try to elevate Illinois-Northwestern into something resembling a real rivalry -- banishing purple from his wardrobe, calling Northwestern "That Team Up North," and posting this sign in the Illinois locker room: 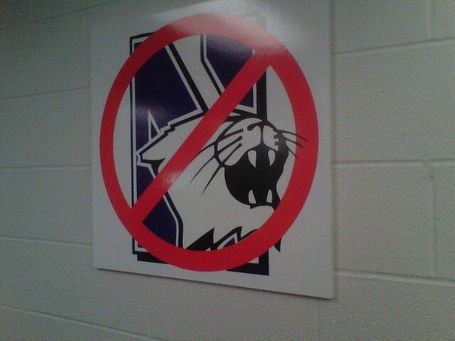 My takeaway? Tim Beckman watches "Ghostbusters" a lot. (via @WernerConnectFM on Twitter)

And it's not just coaches that have struggled to find a reason to hate in this rivalry. If you poll Northwestern fans, most of them probably prefer to beat Iowa and view the Hawkeyes as our rivals, not Illinois. Illini fans seem not to care about football (like this Illini message board poster, Mr. "It's bad enough to get the 3rd best MAC football coach. That's football. No one cares.") and thus have little incentive to hate their nominal/geographical rival.

In last year's hate column, even I struggled to find a reason to hate Illinois -- their fans are generally nice and genial as far as I can tell, I'm related to/friends with many Illini fans, and (sadly) neither of our teams ever seem to be good at the same time, depriving our annual game of any real stakes and/or bitter enmity. Ultimately, I settled on the fact that Illinois football was less relevant than items in the Skymall Magazine. But irrelevance does not engender hatred. Why exactly should I hate Illinois?

Leave it to Ron Zook to solve this riddle. Ron Zook gave all of us in the B1G the best possible parting gift -- a reason to hate Illinois in the form of last year's Illini team. The 2011 Illini provided the best reason for Northwestern fans (and, indeed, all of us in the B1G) to hate the Illini. In a record-setting performance, the Illini began the season 6-0 and rose to 16th in the polls....only to become the first team in history to collapse after such a start with 6 straight losses.

In ruining a perfect season in such spectacular fashion, we finally saw our reason to hate Illinois: The Illini Can't Have Nice Things. It doesn't always happen immediately, but the Illini always find a way to ruin a perfectly good thing.

Don't believe me? This has been going on forever.... 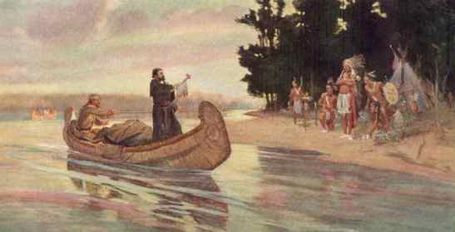 "Do WE need French smallpox blankets?!?! Of COURSE we do!" - Illini Chief, 17th Century (via www.usgennet.org)

The Illini: Prior to the 17th Century, the Illiniwek or Illini were 12 or 13 Native American tribes living relatively peacefully in the Upper Mississippi River Valley. Life as a hunting-gathering tribe was pretty good. The Illini then decided to trade with the French. The result? Smallpox. Still, enough of the Illini survived the smallpox epidemic that when the Iroquois tribes later started hunting within Illini territory in the 1760s, the Illini thought "hey, let's kill Pontiac, an Iroquois war chief and pick a fight!" Silly Illini -- never pick fights with the Iroquois. The Illini suffered massive losses and were forced to pack up and move to a place even more desolate than Champaign-Urbana....Kansas. Smallpox Blankets from French Missionaries and Decimation by Invading Tribes Is Why The Illini Can't Have Nice Things. 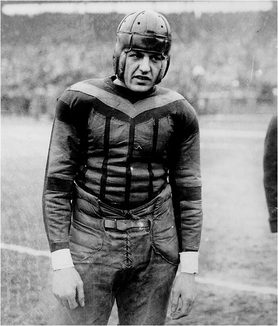 Red Grange: A charter member of the Pro and College Football Halls of Fame and the Greatest Big Ten Icon in History according to the Big Ten Network, it would seem that even Illinois couldn't screw up as great a football player as Red Grange. But look closer - who was the reporter popularizing every on-field exploit of the "Galloping Ghost" in newspaper columns nationwide? Yes, that's right: Grantland Rice. Which means Red Grange went to Illinois and became a huge football star....and correspondingly raised to fame the namesake for this navel-gazing monument to nauseating insipidity. Even when it comes to the greatest player of all time and the man who almost single-handedly popularized football, just touching the Illini name manages to result in a Subway-sponsored Bill Simmons vehicle. Grantland And Bill Simmons Writing 3000 Word Columns on the Red Sox/Celtics Is Why The Illini Can't Have Nice Things. 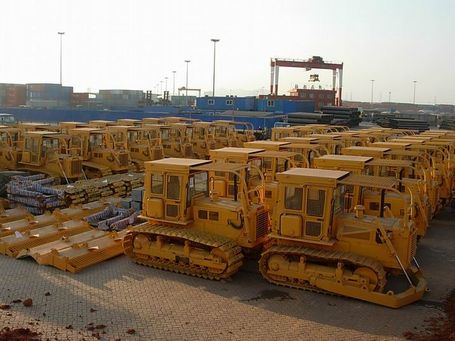 We see progress. Illinois is Slobodan Milosevic, and sees the beginning of a mass grave.

Memorial Stadium: Memorial Stadium was built in 1923 at a surprisingly low cost of $1.7 million dollars (roughly $23.2 million today), and honors our brave soldiers, sailors, and airmen who died in World War I and World War II. Apparently, though, the Illini did not want to honor the brave machinery that fought our wars. During construction, there were complications -- this was the Illini after all -- and heavy rains caused a bulldozer to sink into the field. Rather than remove the bulldozer, they chose to bury it alive under the field, creating what is believed to be the first and only bulldozer burial ground. Presumably, the Caterpillar bulldozer buried under Memorial Stadium continues to curse the Illini football team to this day. Heavy Construction Equipment That Curses Your Team From Its Tomb Beneath Your Field Is Why The Illini Can't Have Nice Things. 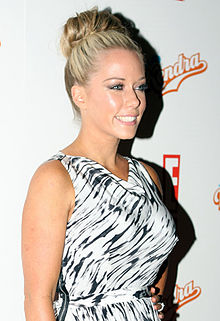 I can't blame the Illini for the Kardashians, but.....(via upload.wikimedia.org)

Hugh Hefner: Playboy founder Hugh Hefner is an American hero and icon, but even he isn't immune from Illinois' ability to ruin perfectly good things. Hefner graduated from Illinois in 1949 (wisely doing so in just two and half years, because who wants to spend any more time than necessary in Champaign-Urbana), and went on to found Playboy, a multi-million/billion dollar publishing empire that introduced generations of teenage boys (and maybe some girls) to the glory of breasts. Then, he dated Kendra Wilkinson. The Ongoing Cultural Relevance of Kendra Wilkinson and Hank Baskett Is Why The Illini Can't Have Nice Things.

Dick Butkus: Dick Butkus is a Hall of Fame linebacker, who to this day is considered the toughest, fiercest, meanest linebacker in NFL history. He played 9 years in the NFL for the Chicago Bears. But because he went to Illinois, he is cursed. After his career ended, he became an actor and appeared in My Two Dads. Let's let the opening credits of this show explain its premise:

Let's recap, shall we? A girl's mom dies. The girl finds out her mom was a strumpet who slept with two guys at around the same time 12 years ago, and one of them is her father. (She also learns her mom had no standards, because she slept with Paul Reiser). A judge in charge of her case decides that the smart thing to do is to force this girl to live with these two guys. Oh, and for some reason, these two guys live together in the same apartment 12 years later, despite banging the same woman within days of each other 12 years ago. And that apartment is in a building owned by the judge. And the first floor of that building is a diner owned by Dick Butkus.

Did you follow that? Sweet Lord were television shows screwed up in the 1980s. As you can tell from that brilliant premise, this show should have lasted exactly one episode -- roughly long enough for a DNA test to be taken.

Instead it lasted three seasons.

And Dick Butkus somehow managed to get fired from the show after season 2.

Dick Butkus Getting Fired From A Paul ReiserSitcom With One Of The Stupidest Premises Ever Is Why The Illini Can't Have Nice Things.

Will Leitch: Will Leitch is the founding editor of Deadspin and is an Illinois graduate. For a hilarious story in November 2008 he visited Rick's Cabaret, a strip club in New York City, where this photo was taken: 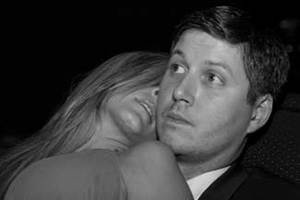 Thus, Awkward Guys At Strip Clubs Are Why The Illini Can't Have Nice Things.

Joel Goodson: Joel Goodson is a smart, entrepreneurial kid from the North Shore of Chicago, who drives a Porsche, bangs a hooker on an El car, gets that hooker to fall in love with him, and successfully runs a bordello out of his suburban home while his parents are away. He then makes this fateful decision:

Yes, you guessed it -- attending Illinois did not turn out well for Joel Goodson. What happened to him? 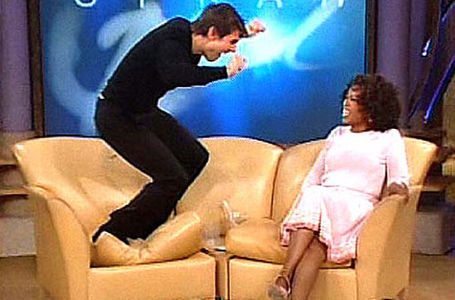 Oh Illinois. What did you do? Turning Hard-Working Pimps Into Sycophants Infused with the Power of L. Ron Hubbard Who Jump on Couches to the Delight of Oprah Is Why The Illini Can't Have Nice Things. 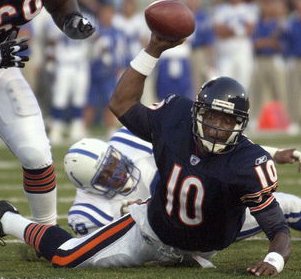 Play a season in Champaign-Urbana, and Kordell Stewart could be throwing incomplete passes from a prone position for your team....

The 2002 Chicago Bears: After a 13-3 season and playoff run in 2001, the Bears were hopeful that 2002 would be a banner season for them. One problem: Soldier Field was having an alien spaceship land inside of it being renovated during the 2002 season. The Bears played their 2002 home games at the Haunted Heavy Equipment Burial Ground that is Memorial Stadium in Champaign-Urbana. They went 4-12. But were the Illini done ruining the Bears? Oh no...In the 2003 draft, when the Bears selected Michael Haynes (2 spots ahead of the Pittsburgh Steelers' selection of Troy Polamalu) and Rex Grossman (next two picks: Willis McGahee and Dallas Clark). In 2003, they went 7-9 with Kordell Stewart taking meaningful snaps in an actual NFL game as a QB. In 2004, the Bears went 5-11 as they actually started football games with Chad Hutchinson, Craig Krenzel, and Jonathan Quinn at quarterback. Ruining 3 Years of Bears Football And Subjecting People to Jonathan Quinn and Kordell Stewart as a Quarterback is Why the Illini Can't Have Nice Things. 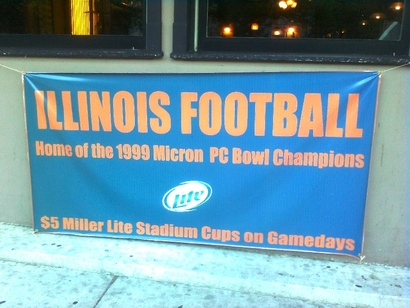 I'd make fun of this, but, you know....I'm a Northwestern fan -- no bowl wins since the Truman administration.

Ron Zook: The Illini fired this: 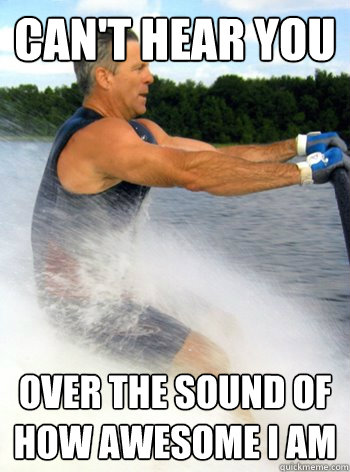