Share All sharing options for: B1G 2012 // Purdue's Smartest Guys In The Room

After Danny Hope played tackle at Eastern Kentucky in the late seventies, he started coaching. He was an excellent offensive line coach at Louisville, Oklahoma, Wyoming and Purdue before a one-year OC stint at Louisville. Hope then moved on to coach the Eastern Kentucky Colonels (1-A) where he compiled a 35-22 record in five seasons.

In an effort to replicate the success that the basketball team had in its transition from Gene Keady to Matt Painter, Hope spent the 2008 year as an associate head coach in Joe Tiller's final season. In Hope's first season the team had a lot of offensive weapons, but lost a lot of close games and ended up with a 5-7 record. Purdue beat #7 Ohio State at home that year, but close losses to Oregon, Northwestern and Michigan State kept them home during bowl season.

The 2010 season was marked by injuries (the ACL kind, of course) and ended with a terrible loss at home to Indiana. Some fans are on the fence as to whether or not Coach Hope gets a pass on this season due to the injuries. The anti-Hopes point to another loss to a MAC team, and the poor performance against an equally bad IU squad. The pro-Hopes, or at least the not-anti-Hopes say that the season-ending injuries in almost all of the skill positions were too much for any coach to overcome.

Last season Purdue was extremely inconsistent. After the Rice loss, which included attempting a game-winning FG with the clock running, rather than spiking the ball in order to stop the clock as well as calling a timeout because the team didn't know what they were going to do on fourth down (they punted after the TO). Rob Henry went into Fall Practice as the consensus #1 QB, but he of course tore his ACL. Hope then went with a two-QB system that almost everyone hated, but it was good enough to win six games and head to Detroit.

When Danny Hope came in at the end of the Joe Tiller Era, Purdue fans were ready for a change. Tiller seemed to lack the fire that he had when he first came to West Lafayette and looked like he was going through the motions. Tiller was never a high energy guy, but Danny Hope brought a great attitude with him to Purdue, if nothing else.

Hope's relentless positivity and energy is either his greatest asset or his most annoying one. When he got in Rich Rod's face to stick up for his player at the end of a game, people liked it. When he refused to say anything bad about the team after one of many terrible losses, they thought he was delusional and happy with mediocrity.

After Purdue beat Illinois last season in the Homecoming game, I saw some of that positive energy first-hand. Hope followed the players into the tunnel after the game, exchanging high fives with fans, thanking them for coming to the game and wishing them a happy homecoming. He is a very likable person, and it is easy to root for him. There is no question about that. The question is whether or not he is a good coach. Most Purdue fans would find him guilty of being a bad coach, but my personal jury is still out.

There's an old saying in football: 'We're all here because were not all there.'

Hope has a twitter account, but he hasn't tweeted anything since last October. He never really had anything interesting to say when he did tweet, but you can get a taste of his optimism from his tweets. This one was after the debacle against Notre Dame last year:

We learned from the mistakes from last week and will be ready to play at a high level on Saturday.Boiler Up!!

Earlier this spring, Hope was asked his opinion about twitter and explained why he doesn't care for it:

Gary Nord coached with Hope at Louisville, and eventually moved up to a head coaching position at UTEP in the early aughts. In his first year at UTEP, they won the WAC and he was named WAC Coach of the Year. The next three years were awful, and the Miners ended up with a 14-34 record under Nord.

He then ended up as the Offensive Coordinator at Florida Atlantic before Coach Hope asked him to be the OC in his first season. Interesting fact: Gary Nord stands on the sidelines during the game, while many OCs sit in the press box.

Unresearched O/U on years it will take to become a head coach: If Purdue starts having consistent success (a HUGE if), then he will get another shot at a low-level FCS or an FBS job in a few years. I don't see it happening, though. 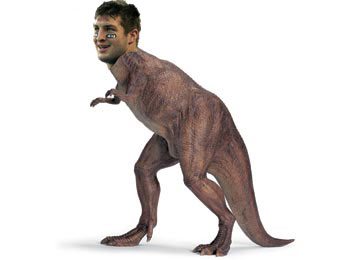 What a second, that picture doesn't quite look right. I think I may had made a mistake. Let's try that again.

Tim Tibesar is the new DC at Purdue. Gary Emmanuel was fired after last season. Tibesar spent the last three years as LB and DC with the Montreal Alouettes of the CFL. He was previously DC at North Dakota and Kansas State. His teams usually run a 3-4 defense, as opposed to Purdue's usual 4-3. He graduated from North Dakota with a 4.0 GPA in Economics;he might actually be the smartest guy in the room.

Unresearched O/U on years it will take to become a head coach: Tibesar might get a D-II job offer if Purdue's defense looks impressive for a few years, but would they be able to pay him $250K a year? Honestly, I would be surprised if he got a HC job anywhere.

TUESDAY | The Smartest Guys in The Room