B1G 2012 // Keeping the Enemy Close: Welcome to the Wasteland that is West Lafayette

Share All sharing options for: B1G 2012 // Keeping the Enemy Close: Welcome to the Wasteland that is West Lafayette 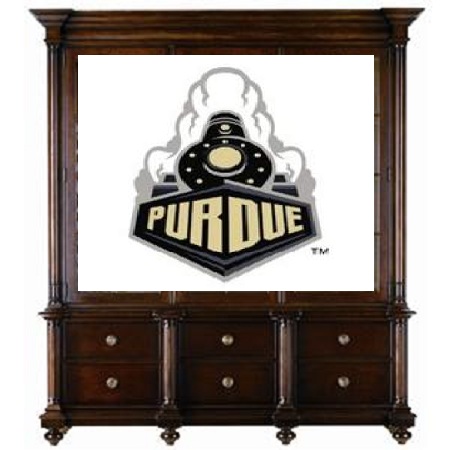 First a disclaimer: I don't truly hate any B1G school. All Purdue alums I have ever met have been nothing but polite, knowledgeable, and gregarious. When I lived in NYC, I helped to form the Big Apple Big Ten Council, a group made up of alumni representatives from each of the (then) eleven other B1G schools and we had a blast. Please understand the fact that their athletic program has been virtually bereft of success in no way diminishes my respect for the fine academic institution that is Purdue University.

Since our Northwestern friends believe that the world (college football) began in 1995 and our latest conquests additions Nebraska and Penn State probably don't care what happened before they arrived on the scene I want to give you guys a history lesson of sorts.

Purdue is a founding member of the B1G, joining Illinois, Michigan, Minnesota, Northwestern, Wisconsin, and former member Chicago in this select group. Here is a list of B1G football championships by these schools (through this past season):

That's right sports fans, in 116 years of B1G football, Purdue is tied with Northwestern for B1G football titles. The Mildcats, while making strides in the past twenty years are generally remembered as one of the worst programs in the history of the sport. Chicago, which hasn't competed in the conference in 66 years, is only one B1G title behind them.

This sports ineptitude isn't confined to football, though. If we look at B1G titles for these schools in all sports the list looks like this (as of the end of the 2010-11 school year):

Once again, pulling up the rear of the current conference teams are Northwestern and Purdue. Somehow, Chicago, a school that hasn't played in the conference since Truman was president, is ahead of the Boilermakers (for comparison in only 20 years PSU has 12 less B1G titles than Purdue and is gaining).

Purdue is tied with Northwestern at the bottom, but let us remember NU is a small private school with some of the most stringent acceptance policies among the AQ conference schools. Northwestern should be near the bottom of these lists - if only due to the limitations they face in getting quality athletes to qualify to attend their school. However, NU is also located in right outside Chicago on a beautiful lakefront campus, which could bring distractions, and counting all that money takes time. What is Purdue's excuse?

Wait, you say, "Purdue is a basketball school." Correct. Purdue has won more B1G titles in basketball than any other conference school. Let's take a deeper look at that. Purdue won 11 titles between 1921 and 1940, which really is an impressive run. It was then 29 years before they won another B1G title in the sport. How can you say that you are the best in the conference in something if you go nearly three decades (!!!) between finishing first? What have those B1G titles gotten Purdue? Zip, Zilch, Nada...unless you like early round flameouts in the NCAA tournament. It appears that they still play in the style that won those 11 titles back when all the players where white, the two handed set shot was the go to move and the Charleston was all the rage.

One last fact to cement Purdue's grip on the title of the worst conference athletic program is their dearth of NCAA team titles. Purdue is dead last in this metric in the B1G with merely three NCAA titles. A short list: Men's Golf 1951, Women's Basketball 1999, and Women's Golf in 2010. That's it. Those three titles tie them with such AQ athletic powerhouses such as Baylor, Clemson, Oregon State, and South Carolina. They're like Vandy with less money.

It would be unfair of me to hate Purdue's athletic teams just because they suck. I believe in good sportsmanship and as long as one plays according to the rules and gives their best effort, I can have nothing but respect for them.

So why do I "hate" Purdue and feel the need to give you this history lesson.

I "hate" Purdue for their whiny, thin skinned and delusional internet fan base. Woe be it for anyone to point out just how absolutely dreadful Purdue's athletic program truly is...seriously 103 YEARS between B1G baseball titles, they should win some kind of special prize for not giving up years ago like Wisconsin did.

"Slight" their team's miniscule accomplishments or hint that maybe now would be a good time to put down the pipe and their commentariat will rise up in a cacophonous screech of vituperation. Suggest that due to this lack of success, substandard facilities, and fair weather fan base, that there might be a reason a prized recruit would choose another school and they will suggest some unlawful and immoral things for you to do with farm animals (which may outnumber women on their campus).

If I were to compare some of our internet fan bases to a family reunion, Michigan would be that cousin who is successful because of his father's name (who himself was successful because of his father's name) and doesn't hesitate to tell you how great he is; Northwestern would be your nerdy cousin who is rich as hell and tries to be really cool but fails; OSU is your cousin, who can't speak in complete sentences and keeps telling you how awesome he is because he learned to chew his own food; Indiana is the family member with the great porn collection, some of which makes you a little uncomfortable as you're not sure who it's marketed to or if it's completely legal but Purdue, wow: they are your uncle who wears a house coat, bunny slippers and a tinfoil hat and lives in the attic.

My "hate" for Purdue is a vicious cycle, I hate them because I now know more about them than I ever should or needed to. I "hate" them because I enjoy the schadenfreude I get from the reactions of their paranoid fan base when something negative happens to their athletic program and I get disappointed that it affects me like this so I "hate' them more. I "hate" them because when anybody refers to the "big ten and little two" we are lumped in with this athletic nonentity.

Illinois may not be able to have nice things and Northwestern maybe the king of moral victories, but Purdue makes the post-apocalyptic hellhole that was Thunderdome look like a desired vacation spot. Welcome to the Wasteland.

(Ed. Note: I think Babaoreally’s choose your own adventure yesterday was absolute genius.)

TUESDAY | The Smartest Guys in The Room