After a long and arduous journey, we have finally reached the end of the road. After months of delays and upsets, our final pairing is one that few would have predicted. The top three seeds were upset; 2002 Iowa and 2008 Penn State are all that remains. As always, the games are simulated on a neutral field on Whatifsports.com. For a more detailed explanation of the games, click here.

2002 Iowa has had the most impressive run in the tourney. They didn't get a bye in the first round, and they manged to beat both 1997 Co-National Champs in the next two rounds. 2008 Penn State has the higher seed, but an Iowa victory should surprise no one based on what they have done so far.

2008 Penn State had a bye in the first round, and then put up two impressive performances to make in into the finals. They dodged a bullet in not having to face #1 seed Ohio State in the semis, but crazy things happen in a single elimination tournament and the Nittany Lions have capitalized on them.

Will the Iowanians be singing "There's No Beer In Heaven" after this one? Or will it be the Penn Stations dancing in the streets? 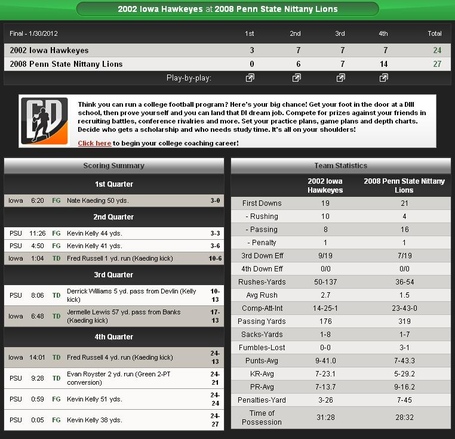 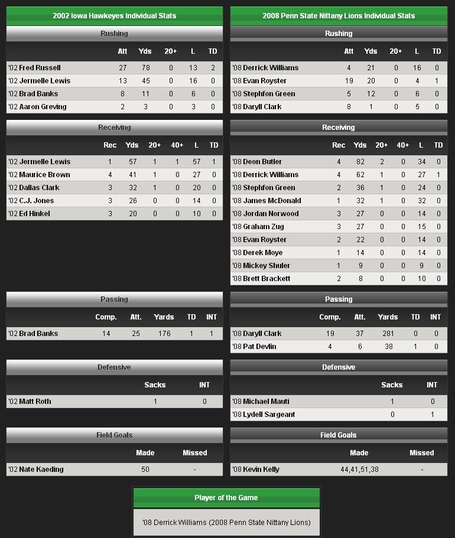 The defenses held pretty well in the first half of this one. Penn State had the lead at two field goals to one late in the half, but Fred Russell plunged over the goal line with a minute left to give Iowa a 10-6 halftime lead.

A field goal for each team set the stage for a memorable fourth quarter. Iowa took an 11 point lead early in the half with another Russell TD, but Penn State was not done. Evan Royster (who had an otherwise terrible game with 20 yards on 19 carries) scored a TD and PSU completed the two-point conversion to cut the lead to three.

Iowa couldn't get anything done on offense, but the defense managed to stop a potential game-winning drive. Kevin Kelley made the 51-yard field goal with just under a minute left, and it looked like we were headed to overtime, but Penn State was not done. They managed to get the ball back and get in field goal range. Kelly drove it home from 38 yards this time, and 2008 Penn State will go down in OTE history as the ATS1996BTFT Champions. The computer gave the POG to Derrick Williams, but it's obvious to me that Kevin Kelly should have won it. He was 4/4 on field goals, including two high-pressure kicks to win the game. 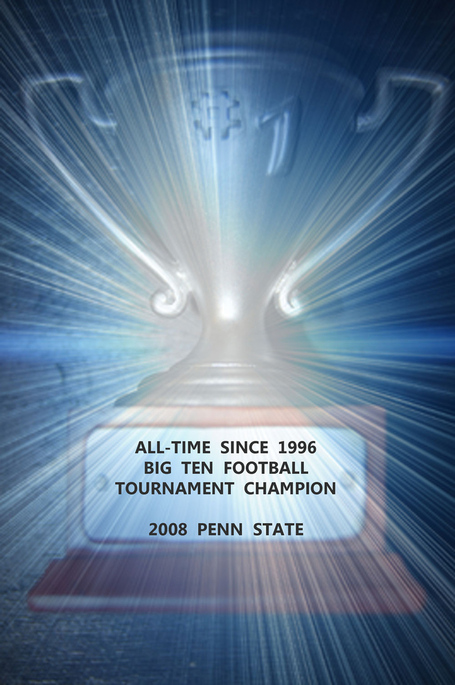 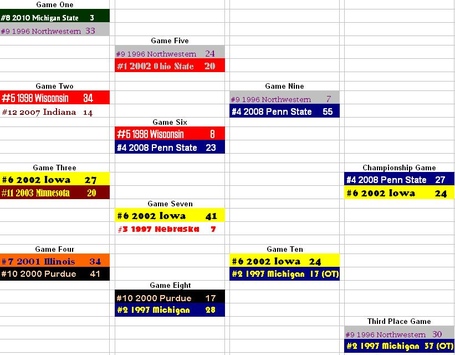