You realize how good you have it, right? 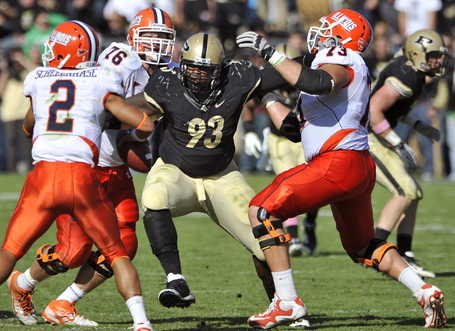 Because of the cheating at The Ohio State University and the disgusting events at the Pennsylvania State University, you've found yourself in a four team division. And one of those teams is Indiana. Do you realize what that means? Do you recognize what you should be dreaming of? 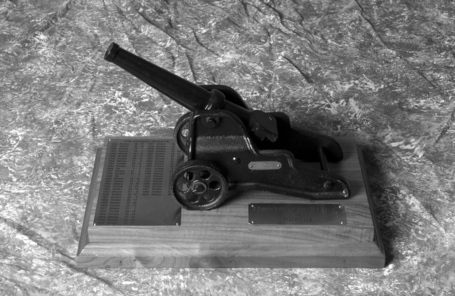 Illinois. You with the talent that has added more to the NFL Draft than the University's win column. You still have more talent in the division than anyone not named Brutus. And now, and now finally, you don't have a clown coaching you. On October 6, can you travel to Madison and catch the Badgers sleeping? Can you find them healing from their trip to Lincoln and steal a victory as the cooling wind blows off the lake? Do you know what happens if you do? Your team can do this.

Purdue. You with the veteran team. You have players who have won big games over big-named teams. You know how this can be done. You know that you can look past the previous week's game with Michigan and welcome Wisconsin into the sleepy-looking trap of Ross Ade Stadium. Can you surprise them there? Can you send Wisconsin packing after a loss as Bucky's questions pile up? Your team can do this.

Because here's the thing: If one of you can do this, the road to Indianapolis is yours. Drop your games in South Bend and Tempe. They don't matter. Lose to Ohio State and Michigan. They're irrelevant. But on that one day when you lace your cleats to play Wisconsin, if you come out victorious, you can find yourself as the champions of the Leaders Division. Yes, you'll need to win the rest of your B1G games. But look at who those five opponents are: Indiana, the Artist Formerly Known as Penn State, Minnesota, Iowa/Northwestern, and each other. It's there for the taking. 9-3 (6-2). Winning the tiebreak over Wisconsin due to the head-to-head victory. Leaders Division Champion.

So I'm watching you, Purdue. I'm watching you Illinois. One of you can do this. I don't know which one, but one of you. Ohio State will be back next year. You'll never have a better chance than you do right now.

Are you good enough?