So It Begins: Your Thursday Opening Night Thread

Share All sharing options for: So It Begins: Your Thursday Opening Night Thread 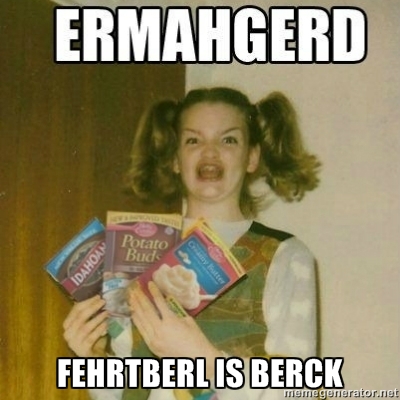 Finally, football is here. It's been one hell of an off-season, and the B1G has taken a beating worse than Glass Joe from the video game 'Knockout'. From a terrible bowl record, to the never ending Penn State crap, it was a long, long off-season for The Greatest Conference In The History Of The World.

But all of that is behind us, as we get back to action on the field. There's only one team from the Empire taking the field tonight, as the Fighting Kills Of Minneapolis are the nightcap for kickoff THursday, taking on UNLV at 10:00 CST on the CBS Sports Network. That's channel 613 on your DirecTV dial. If you have DirecTV and don't have the DirecTV sports tier, you're a member of the Taliban or a Taliban sympathizer. And you're definitely not a sports fan.

Overall, there are 17 games on tonight, with the highlight probably an opening night SEC matchup of South Carolina at Vanderbilt, which you can catch on the WWL. Tomorrow gives us another five games, with a big non-con game for MSU against Boise State. And Saturday, of course, everyone starts. But for now, we ease our way into the season, with some games to whet the appetite.

If you want to know where every game--EVERY GAME--can be found on your TV dial this season, click here. The times are even in CST, which is awesome.

So come on in and have a seat. If you're new to our open threads, the rules are easy to follow: No racism, no sexism, no homophobia, no personal attacks, no pornography, and no illegal Internet streams of the games. In honor of Minnesota starting things off, there's Grain Belt in the fridge, a nice Merlot box wine on the counter for our Northwestern alums, and burgers and brats on the grill. Out on the deck the legal minds are arguing whether or not paper really could cover rock effectively, if rock could really render scissors inoperable, and if they could, could those scissors really cut paper? Smells like half a dozen lawsuits are about to get filed. Or the brats or burning, your call.

Enjoy the games, everyone, and welcome back college football!