First off, let me just get this link out of the way.

Alright, glad that we are through with that. Let's move on to the big story of the day. In what can only be described as a last ditch effort by the Penn State Board of Trustees, an appeal was sent to the NCAA basically saying that this entire punishment is null and void because they were not privy to the pertinent details of the deal. According to the ESPN report, the following points are the grounds for dismissal of the punishment:

• The NCAA did not give Penn State trustees and the university due process when it did not follow its usual investigation and enforcement procedures.

• The consent decree is fundamentally unfair because it relies on the Freeh report, which "contains findings and conclusions not that are contrary to the evidence presented ..."

• The sanctions are "excessive and unreasonable" because they inflict "permanent damage to an entire generation of student-athletes and coaches who were innocent of any wrongdoing during their time on campus ..."

This brings me to a very important point, and one that Chad made earlier in a back and forth we all had this morning. In what world does this go anywhere? The NCAA has repeatedly pointed out that they are a private, volunteer, and absolutely flexible organization. The power and authority that they have asserted goes as far as they deem necessary to protect their own image. While that may seem somewhat despotic, and if anything somewhat random, it definitely is the way it works and they are within their legal (I think... I'm not a lawyer) rights to do what they feel inclined to do. 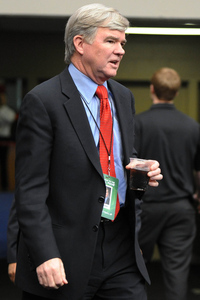 Of course, the bigger picture here is the next step. We can pretty much expect Emmert and Co. to laugh when they read the appeal and point out that they were working under the direction of the University President Directive (not real name) that said do what you have to do. Everyone piled on in this one and as such, there is really only so much Penn State can do, right? Well, at least at the NCAA level. A question I have is how much money are they willing to spend trying to fight this? We all know that their are Civil Suits just waiting to be heard and that's going to take a bite out of the endowment fund, the loss is revenue is also going to hurt a little bit. I don't care how much extra donation dollars come through those doors, the immediate and longterm hits are brutal and Penn State needs to understand that their investment of that endowment is also going to decrease.

I am fascinated to see what happens next, but I cannot imagine this new effort by a new-ish Board of Trustees asserting their authority is nothing more than posturing to prove to everyone that they did everything they could. Then again, maybe I am wrong and Penn State just gives a middle finger to the NCAA (as Ted so eloquently stated this morning), leaves without paying its due (again because this is not a government institution so much as it is a private institution), and starts playing NAIA ball. This isn't happening though. I'm guessing they'll be paying the fines, taking their suspension, and the players who have peaced out will never look back. Either way, links after the jump.

Finally, we should all be impressed by the Mars Rover that NASA put up in space. I don't care if we learn much, but this stuff is always exciting. We can still send stuff into space and there is a whole Universe we don't know about. That is awesome and mind boggling. You can like our facebook page here, and then click on the NASA Mas facebook page here. 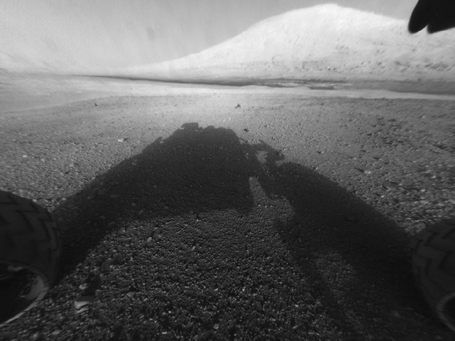