When this blog started back in...whenever Jon and Graham started it...they adopted Union General William Tecumseh Sherman as the mascot of this Blog Of Northern Aggression. As OTE evolved into the Grand Blog of the Republic and the Power Poll was incorporated, it has been based, more often than not, on a pop culture comparison, which has served us well. And it's something we'll continue to do for most of the 2012 season.

But for our pre-season poll, we turn towards our history and our heritage--Cump, his peers, and the Civil War. All Most of the schools of the B1G are Land-Grant colleges, and the Morrill Act of 1862, which was the first law that established Land-Grant universities, was passed, in part, to support the Civil War. The original Morrill Act failed in 1859, but when it was re-introduced in early 1862, a proviso was added to ensure these new colleges taught, among other things, military tactics.

At the time of the passage of the Act, all states that were in 'open rebellion or secession' were ineligible to participate in the program. So suck it, Johnny Reb. (To be fair, in 1890 a new Morrill Act was passed that allowed former Confederate states to participate).

A lot of us on the OTE staff are Civil War buffs, and while we were kicking around ideas for our pre-season poll, somebody mentioned why not Civil War generals? So, to kick off our 2012 season, we turn to the Civil War, and the senior leadership that preserved the Union and one could argue helped make college football possible.

No, we're not using Confederate generals for two reasons:

1) This is a Blog of Northern Aggression, not Southern Anything

So, on to Richmond! Huzzah! Huzzah! 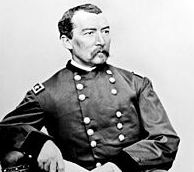 Had a hard time rising above Grant and Sherman, but a victory in Virginia at the end of the war gave him good press and propelled him to great things in following campaigns. 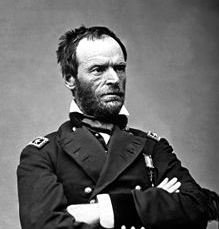 Was the top dog in the theater opposite Grant. Never known to crack a smile, he was all business, all the time. He went South and made Georgia howl. 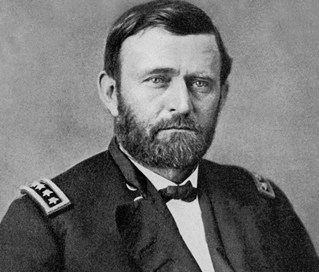 The returning leader of the pack, known for a punishing ground game that bludgeoned opponents into submission. Was rumored to be an alcoholic. 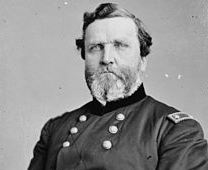 The Rock of Chickamauga was from the Original Big XII but joined the good guys as the country underwent conference realignment. Won a couple big battles, lost a couple of big ones. 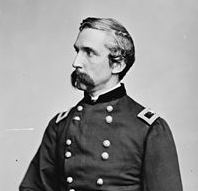 Played defense better than anyone at Gettysburg, thought to be mortally tattooed at Petersburg, barely survived and was standing strong when it was all said and done. Had to sit out awhile, though. 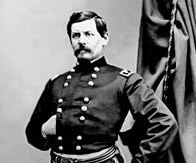 Very cautious general, unwilling to unleash his full arsenal and open up the playbook. Even when given plans of what the enemy will do, the best he could do was a glorified draw. 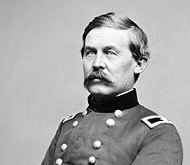 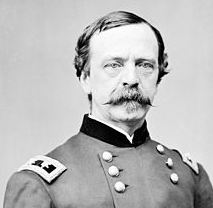 One of the more tactically frustrating game day generals in the Union Army. His mistakes lead to the first ACL injury among the General Officer Corps as his leg was blown off at Gettysburg. 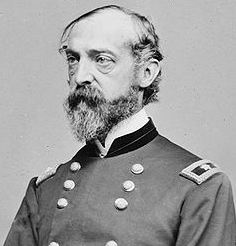 Started off strong, and after what many thought would be a signature win at Gettysburg, just drifted into mediocrity, and, dare I say, apathy. Didn't have a great relationship with the press, either. 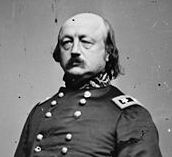 Mediocre results on the field of battle and either criminal, criminally negligent, or corrupt behavior off of it, depending on how you interpret historical documents and your point of view. Maybe all three. 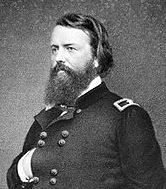 Picked up a rivalry win in the West, but when he came East to the main conference schedule, he got shellacked. Was exiled to the Dakotas, and he initially struggled there, too. 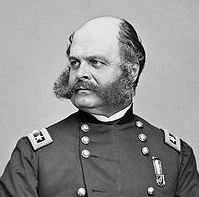 Consistently ran uphill into brick walls and got mauled. When he changed tactics at Petersburg, the result was a smoking hole that could've probably been seen from outer space.