Sunday Morning Coming Down: Sparty. No.

Share All sharing options for: Sunday Morning Coming Down: Sparty. No. 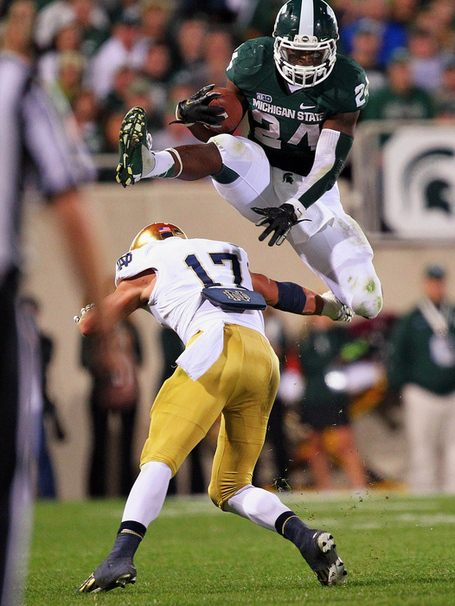 And then there were three.

It was a Saturday where the B1G returned to normal after last week's 6-6 tire fire, as B1G squads went 10-2. But man, those 2 losses were killer, as they came against two of the B1G's until-then undefeated squads. Ohio State, Minnesota, and Northwestern are the only remaining unbeaten B1G teams after Week 3 (who would have predicted THAT preseason?)

Michigan State's loss was the most painful -- I really thought they might run the table on the strength of that defense and a solid running game. But just 3 points against Notre Dame? Wow.

A couple other thoughts:

Feel free to add your own thoughts/comments/ideas in the comments.