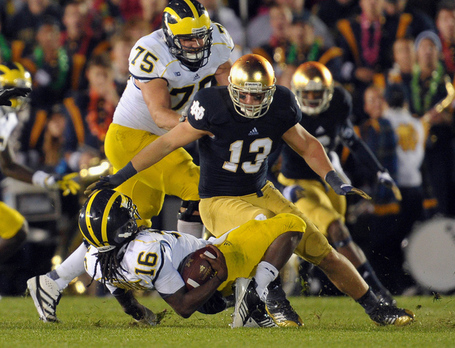 Sadly, this constituted a GOOD possession for Denard Robinson on Saturday.....

Seriously. I'm not even kidding. You're making the Gophers and Wildcats look bad. Their October 13th game now has "Game of the Century" status thanks to your utter ineptitude.

I'm in the Outer Banks for a wedding, so I missed all the games, but here's the short summary, and feel free to discuss things further in the comment section: