Grading the B1G in the Non-Con

Grading the B1G in the Non-Con

Share All sharing options for: Grading the B1G in the Non-Con

Well, it's over. It's finally, mercifully come to an end.* No more Big Ten teams traveling to the Left Coast, no more MACrifice games, no more being forced to smile and pretend I give two figs about Northwestern scoring with :52 left in the first half to go up by four scores on South Dakota. Some teams (o hay Iowa) would like to ignore this non-conference schedule and just move on. But that's not what we're about! Let's dig the knife a little deeper and grade each Big Ten team's performance thus far!

*Yes, Indiana and Purdue, I know. Am I done pretending I care about you now?

That said, we'll tackle this alphabetically. So step into Mr. Delany's office, Big Ten teams. Do you make the grade? Hit the jump!

Congrats, Illinois. No, really. I mean it. You beat Western Michigan! I'm very proud of you. Unfortunately, the rest of your non-conference didn't go as smoothly. Getting pasted at Arizona State could at least in some part be chalked up to the travel out west, and then a 44-0 drubbing of Charleston Southern gave the impression that you were working out the kinks. Then Louisiana Tech happened. Illinois' two losses have seen the Fighting Illini yield 456 ypg on defense, while the offense threw a total of 4 interceptions and lose 5 fumbles. Too much disappointment to grade anything remotely positive. D

I wanted to believe, Indiana. I wanted so badly to think that this would be the year where you finally beat the non-conference opponent you were supposed to beat. But I'm not going to sit here and applaud you for losing narrowly to Ball State. I expected you to win because this was going to be the step in the right direction. The loss of Tre Roberson hurts an offense that, to its credit, led a great comeback that fell just short against the Cardinals. The next step is getting your defense (only two turnovers forced) to start getting the offense (averaging over 500 ypg) the ball quicker. Starting to take steps in the right direction, but still looks like the same ol' song and dance in Bloomington. C-

In three games against I-A opponents, Iowa is 1-2 with a total points margin of -3. The problem? Of those games, Mike Meyer is 7/7 on FGs, while the offense has only managed five touchdowns, four coming against Central Michigan. And ohhhh, Central Michigan. I don't know how this Iowa team has consistently allowed itself to be fooled/outplayed/outcoached on onside kicks year in and year out, but somehow, they do. This team should have started 4-0, in my opinion, and they are graded accordingly, only avoiding a failing mark for managing to beat Northern Illinois. D- 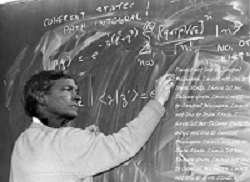 Dammit, Michigan. To your credit, you played two very good teams in Alabama and a better-than-expected Notre Dame; for that, I have to award some points. But your D-line was pushed around by an undersized Air Force team, and when the defense shored up its play in time for Notre Dame, Ann Arbor's September Heisman Candidate(tm) reared his ugly head. Michigan remains a front-runner for the Legends going forward, but Denard Robinson's ability to take care of the ball will likely be the single biggest determining factor about how far this team goes in the B1G in 2012. B-

Some people want to consider Sparty's win over Boise State to be the B1G's most impressive win of the preseason. After watching that Boise/BYU derp-fest Thursday night, some people are wrong. The Spartans have struggled offensively under Andrew Maxwell, not only managing just a field goal on Notre Dame, but being held down by Eastern Michigan for the better part of three quarters. While the defense has been impressive, MSU let a not-so-good Boise team stick around, struggled to score on EMU, and missed its chance to skip a grade with a win over the Domers. B-

Well hot damn and Ski-U-Mah, Minnesota is 4-0! If you had the Gophers jumping out to an undefeated non-conference start, please collect your winnings. The defense was downright stout during regulation against UNLV and slowed down a Syracuse offense that hung 500+ and 41 on Northwestern. The only problem with the Gophers' hot start? They needed 3 OTs to beat noted MWC whipping boy UNLV, went to the last possession with Western Michigan (which, to the Broncos' credit, looks like a marginally better win after WMU beat UConn), and struggled to score against a bad Orange defense. But the Gophers have two competent QBs, a 4-0 record, and better attendance showings at the Vault. All in all, this close to top marks almost purely for managing to not screw anything up. A-

I honestly needed to look up who Nebraska played besides UCLA. The Huskers' preseason more or less boiled down to beating UCLA, and the defense simply failed to show up on the road. While their loss looks a tiny bit more excusable based on the entire conference's struggles out west, the loss at UCLA is still a blemish. All in all, Nebraska dropped a game to a ~Top 25 team, has averaged 533 ypg against I-A opponents, and gotten rather competent play out of a QB whose ability was questioned entering the preseason. B

There's no need to rehash Northwestern's schedule. What is impressive is the fact that Northwestern's coaching staff appears to have corrected some of the defensive woes from the Syracuse game. Much-maligned in the past for not noticeably correcting mistakes on both sides of the ball, Pat Fitzgerald has been openly critical of his team's play and thinks the Wildcats show room for improvement. Disappointing red zone offense against Boston College and offensive struggles against Vanderbilt hold the 'Cats back from top marks. A-

Yeah, OK, OSU. Braxton Miller is really good, but he WAS the Ohio State offense: more than double the rushing yards of any other Buckeye. Sleepwalking through the non-conference schedule looked easy enough with just one "test" against a not-so-good Cal team, and all 4 games coming at home, but Cal and UAB showed the Buckeyes that they just might have to show up early. Still, four wins are four wins. The closeness of the Cal win and the trouble against UAB knocks this grade down, though. This should have been a much easier 4-0 than it was. B+

Welp. Double welp. Seriously, guys. The recent play has been encouraging, what with a comfortable win over Navy and not losing to Temple. Matt McGloin is even averaging 250 ypg, with 9 TDs against 2 INTs. If anything, there's hope for the Nittany Lions that their play has turned a corner with a gritty win over Temple. Even if Ohio is "good" and stuff, though, and Virginia is "not totally horrible", still. Penn State. You're a B1G team not named Indiana or coached by Tim Brewster (or Kirk Ferentz FUUUUU). Don't lose to the MAC. Oh, and Sam Ficken just missed another field goal. D+

Technically this is an incomplete grade, but Purdue's about lived up to expectations. That loss to Notre Dame keeps looking better and better, but moral victories are for Northwestern; right, Jesse? This team did what they should have: blown out Eastern Kentucky and Eastern Michigan (take note, Spartans). The 5 picks thrown by the three-headed monster of TerMarvEnry are concerning, as are the team's 4 fumbles (a -1 in the turnover ratio through three games is not good). B

It turns out Oregon State isn't too shabby of a squad. This Wisconsin team's struggles are well-documented, but it just fascinates me how beatable Wisconsin is at home. The coulda, woulda game can go both ways, but 1-score games against both Northern Iowa and Utah State?! Wisconsin has been outgained, 1304 to 1251, and Montee Ball only averaged 3.9 yards against teams Wisconsin O-lines of yore would have bulldozed, marched over, then bulldozed again. Wisconsin could well right the ship in B1G play, but this preseason has been an utter disappointment for the Badgers; the winning record barely redeems them. C-

We know it hasn't been a stellar non-conference for the Big Ten this fall, but the struggles of the traditional powers have opened up opportunities for a 2000-esque season in conference play. What grade would YOU give your team? Where am I just beat-all wrong? Let us hear it in the comments.