Team rundowns, lots of links, and a little bit of snark.

Good Morning Off Tackle Empire. As you can tell, there were a few changes implemented overnight. Some of them you will probably say, "Hey Jesse, I can't do _________," and to that I say, "Well, you probably can, but like everything new, you gotta figure that out." The new layout and community of SBNation United should be pretty sweet once we all get the hang of it. All of us writers had to go through extensive training (okay, fine, we watched a bunch of videos) to figure this out, but like all of you, we're still working our way through things. Be patient and give constructive feedback and we'll make this happen. Also, you can go ahead and read about the changes here. From what I have gathered, this change will be pretty awesome. Of course, I'm also on #TeamSunshine as Salt Creek has said, so there's that. On an absolute upside, we're probably better at our sidejobs (blogging) than the NFL Replacement Officials (officiating) are at theirs. 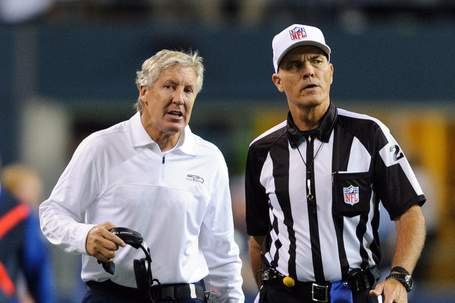 Anyhow, turning back to the Big Ten, last weekend was not one we really want to spend a lot of time talking about, so let's hear it for conference play!!! Everyone is essentially (0-0) and now we have a chance to at least beat each other up instead of watch the Domers do their thing. With that in mind, with all of the information you have at this point, who do you think makes it to Indianapolis in December? For me, I'm going with Michigan State and Purdue. Both defenses have been stingier than the others, and in this conference, defense matters.

I would put all of the possible matchups out there on a poll, but instead, I'll rephrase the question to be who you think wins the conference. You can comment on the matchups below because then we won't have the world's longest poll. Links, as always, after the jump.

Conference and Other Links