Share All sharing options for: Big Ten at Ten 1.31.13: Where Illinois Ceases To Amaze

Sometimes life imitates art, or art imitates life... or art mocks life? In the case of The University of Illinois' ridiculous facebook contest, open to any student of UIUC, we can definitely say that something is being mocked and we're not sure if it's self-referential or really just this bad. Either way, I don't know for sure what's the proper phrase in this situation, but I do know a few things for sure.

So, here we are. I intended to have a few of my own entries this morning, but real life makes these links less robust than I would have liked. Instead, here is one from MSULAXER who basically sums it up nicely: 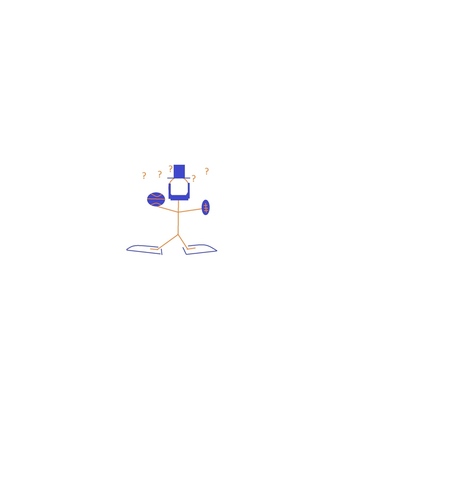 His description is apt for the situation: "A nondescript logo for a nondescript program. Those are waterskis."
Ladies and gentlemen, I open up the comments to do our own set of crowdsourcing with some definite votes coming soon. What would you imagine/create for the Illini Mascot? Would you vote for the Kraken? The Chef? The Werewolves? Is there something better you can think of? We don't often do the whole post PhotoShop/MSPaint thing here, but I think if there is ever a day worth doing that, it's today. I would say there is a prize for the winner, but all I have on my desk to give is like a pen or something. Pens are lame. Just know the deemed winner gets all the recs and the self-satisfaction of open mocking of Illinois. So there's that. On to the links...
B1G Team Links:
Remember: Illinois pictures in the comments. All the recs win.