Iowa At The Mid-Point: 5 Shoulds

5 suggestions on what Iowa should do to be more successful in the second half of the season from some guy who lives in his mother's basement. MA. THE MEATLOAF.

Share All sharing options for: Iowa At The Mid-Point: 5 Shoulds

So many blog pieces involve commentators suggesting what a team should do to be successful. Ohio State probably shouldn't start Joe Bauserman this game...or any game. Ricky Stanzi should be playing over Jake Christensen. Al Borges shouldn't call 34 dives up the middle when Michigan is only averaging 1 YPC. Juice Williams shouldn't play football. Purdue should consider the MAC. Denard Robinson should be awarded the Heisman right now (says the Michigan fan in September).

Those pieces are inherently absurd. Big Ten coaching staffs don't check the pulse of the fans to determine whether or not they should or shouldn't do something. A head coach isn't perusing through SBNation searching for ideas on how to make his offense more efficient. Actually...Darrell Hazell is probably pretty desperate right now. I know you're reading this Darrell. Just have Etling throw it to DeAngelo Yancey every play and hope for the best. Honestly, that's all you've got right now.

That being said, are you ready for an absurd piece on some things that Iowa should do in the second half of the season? Good. Great. Grand. Wonderful. I'm well aware that neither Kirk Ferentz nor any member of his coaching staff will ever read these suggestions. In fact, I'm not sure whether or not Ferentz actually owns a computer. If he does I'm sure it looks something like this: 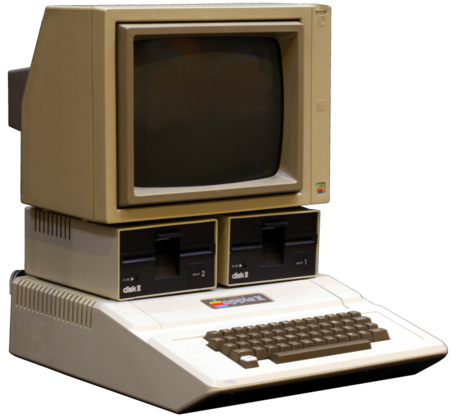 However, this makes for run reading and I enjoy writing it so here are five suggestions for Iowa football in the second half of the season

1. Make the #2 RB Someone Other Than Damon Bullock

Whatever it is...Damon Bullock doesn't have it. He doesn't burst through the line, doesn't see the holes and goes down too easily. He's not the change of pace back that Iowa needs to complement Mark Weisman. At this point Bullock is only averaging 3.9 YPC and has zero touchdowns on the season. Keep in mind that he's the guy that comes in after the defense has been pummeled by Weisman.

Iowa has seven other healthy running backs (knock on wood) to choose from. One of them, Jordan Canzeri, has looked solid in what little playing time he's been given and is averaging 4.8 YPC. I'm not saying Canzeri is the answer. I'm saying Bullock isn't. With that in mind...

He may not be the answer as Iowa's change of pace back but he's arguably the best receiver in the backfield. On the season he has 13 receptions, 113 yards, 1 TD for a 8.7 yard average. In 2012 Bullock had 18 receptions, 167 yards, 0 TD for a 9.3 yard average. He's effective as a pass-catching running back any should be used exclusively in third and long situations as either a primary target or a check down. Hell, Iowa could even shift him out into the slot to create a mismatch against a linebacker.

I don't even care which one you use. It isn't even about utilizing athletic guys who are 6'7, 6'5 or 6'4. It's about spreading the ball around and taking some pressure off of the wide-outs. Fiedorowicz and Ray Hamilton are well known for their physical gifts, though Hamilton seems to be the only guy who actually displays them. He's averaging 12.4 YPC and has 7 receptions for 87 yards on the season. They're there. They're big. They need to be used because...

4. Find A #2 Wide-Receiver and Stick With Him

Leading the team with 26 receptions, junior Kevonte Martin-Manley is Iowa's hands down #1 wide-receiver. The player with the second most receptions? Damon Bullock. The running back. Yes, I like him as a pass-catching running back. No, I don't want him to be Iowa's second leading receiver. Excluding Martin-Manley, only three other Hawkeyes have double digit receptions and two of them aren't wide-receivers. This is because Iowa can't seem to settle on someone to complement Martin-Manley. Don Shumpert started out the year as Iowa's second split end, leaving some fans scratching their heads. When Shumpert (predictably) didn't work out Tevaun Smith became the new #2. Since taking Shumpert's spot he's picked up a whopping 8 receptions for 76 yards and 0 touchdowns. I understand that Smith is only a sophomore...but there's a another option:

What's most perplexing about Iowa not getting Powell more involved is that they know his time is limited. He's not some true freshman who has time to grow with the program. He's a JUCO transfer who didn't redshirt. This is his junior year. Powell is only listed at 5'11, 180lbs so I don't think he's going to push any cornerbacks around. But he's the type of player who doesn't need to push anyone around. He just needs to run right by them. I appreciate that Iowa is spreading the ball around and giving Hillyer, Cotton and VandeBerg some reps. On the other hand, the failing to settle on a #2 and moreso failing to use someone who is a serious deep threat is retarding Iowa's offense.

5. Introduce Chris White to Something Known as "Game Tape"

By my count, Iowa has had 7 fake punt attempts against them since '10. All 7 have succeeded. Could be overlooking one, but not seeing it.

I believe Mr. GameFilm later went back and found that this Tweet was incorrect, changing the number to 6 fake punt attempts. SIX. SIX FAKE PUNTS HAVE WORKED AGAINST IOWA. Chris White is Iowa's "new" special teams coach who was hired to make Iowa's special teams less special. No one has seen any progress. It has me asking: So Chris... 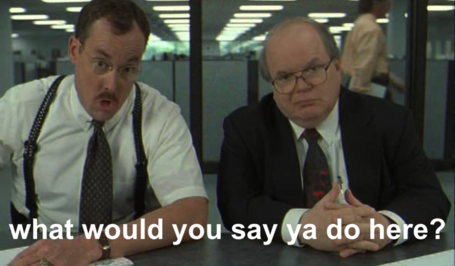 Honorable Mention Shoulds: Make the safeties play safety, actually have Rudock keep the ball on the zone read every once in a while, play Leshun Daniels and run the annexation of Puerto Rico.

Iowa fans, do you have any shoulds?