A Michigan receiver gets the glory, but kudos to the Spartan D

I played wide receiver in high school, an imposing 5'8'' 140 lbs kid that probably didn't strike fear into so many defenses. 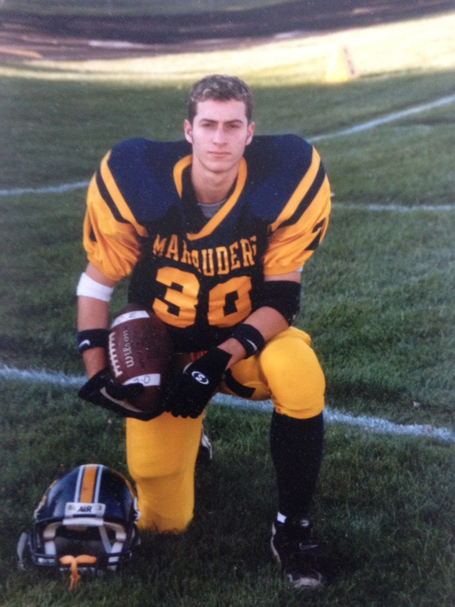 I scored some touchdowns though and had one heck of a sophomore year season at the JV level. The biggest game I ever had: 8 catches, 120 yards, 1 touchdown against Corunna. I would get in the huddle towards the end of the game and tell my QB, man I'm running down the field, just get me the ball. I was that confident.

So maybe I can feel a little bit of what Gallon felt when he was sprinting up and down the field against Indiana, crushing records and being named OTE's B1G Player of the Week. His 369 yards were a B1G record. You can watch the whole menagerie of catches below.

And yes - the Indiana Defense is probably not the most solid of units. But still quite an effort. Gallon is tiny but fiercely grips the ball, using his body to shield defenders. He's not a sprinter, but can beat DB's off the line. We'll see how he does against the more aggressive Spartan defenders in two weeks. Brian's got some POTW thoughts below -

MSU defensive coordinator Pat Narduzzi gets a lot of credit for how intricate and well-executed his schemes are, but none of that works without guys who can actually do it (watch some tape of MSU's 2008 or 2009 defenses if you don't believe me). The B1G is always loaded with linebacking talent, but Bullough's total command of MSU's defense is, to me, a unique advantage for the Spartans.

Max is a lot more than a signal relay, though, and showed it with his strong performance against Purdue. 10 tackles, including a pair for loss and and the sack-fumble of Danny Etling that turned into the game's first (and for a long time, only) touchdown, should remind fans and NFL scouts alike that Bullough is the total package. We'll miss him when he's gone, but younger brothers Riley and Byron should help ease the pain.