I was walking through the aisles of Target yesterday - because I roam the aisles of Target way too often - and came across the insanity that is now Halloween candy. I remember as a child thinking this was absolutely the best holiday in the world - candy and all - and now it looked like a monstrosity. Just a lot of incoherent bags of mixed goods all by the same people and probably the dread of parents everywhere. Then I bought some Candy Corn because... Candy Corn and Peanuts y'all. Anyhow, in light of the season and the fact that I love Halloween, let's do a Trick-or-Treat Power Poll. Oh, and I know we've seen a Candy Bar Edition, but the season merits a second look.

At this point, we get that you're not an unstoppable force, but come Halloween, you rank about as high as can be expected and you leave your fans pretty satisfied. You may not get that illusive, "best in the nation" title, but you sure look like the cream of the crop here. Just a lot of solid ingredients blended together well, and you can't be too sad about that.

While it's been proven you're not nearly as dynamic as the Snickers bar, in that you really are just an extremely decadent middle covered in caramel, covered in chocolate, etc., you are still close to the top of the Trick-or-Treat heap. You're enjoyed by many for what you do best, and don't look now, but you're also proving to be a little bit better defensively - ahem... uh, chocolate-ly? - than many expected. Still, when people pick their favorites, you're on the outside looking in. Maybe you'll make a big bowl again, but things aren't looking great right now.

*Fun Size implies actual fun, but as a friend pointed out to me, these are way less fun sized now than they used to be. I remember ‘fun' used to mean half a candy bar. Now get off my lawn you crazy Trick or Treaters!

In the Trick-or-Treat bag, you're the best of the non-chocolate varieties. You also don't really fully satisfy like a candy bar. In fact, you're a little too good at one thing - sugary goodness and run defense - as if an entire part of the spectrum doesn't exist. Which, after another long Saturday in which you scored one late offensive touchdown on a trick play against what might literally be the worst team in the AQs this season, that isn't such a good thing. Wait, I lost the analogy didn't I... Uh, sour skittles face = MSU fans watching Connor Cook pass? Apt, eh?

You can always be counted on to make an appearance, but let's not kid ourselves. You're not as dynamic as the candy bar, and not quite unique enough to garner lots of praise from the candy polls. Still, you got some great ingredients, you haven't completely melted away - despite being held in the grips of naysayers since that UCLA game - and you got some pretty good marketing. At least, that explains your popularity despite being passed in the rankings by others. Lucky for you, you've got a great path to greatness left and with some variety in talent at your disposal, maybe things are looking up.

You're a classic, and not unlike the M&M, you're always good for an appearance year after year. In fact, people have been appreciating you for the better part of, well, quite frankly, you've just always kind of been a part of the party. Hell, you even probably have been the best candy in the basket from time to time. And while there have been some flops this season - not unlike the weird Crunch Crisp bar - you are managing to stay relevant.

Sometimes you give us a Red and a Pink starburst and all is well in the world, similar to how you beat Michigan. Other times you're two Orange starbursts and filled with disappointment as we move on to find the next interesting candy - like the way you lost to Indiana. What I'm trying to say here is that you're a little inconsistent and we're not sure what we're going to get week in and week out, and that's probably because you have a freshman at QB. We know what we're getting from you, and that's just fine considering the past few years. You're still a power run team, a great run defense, and consistent - if not painfully boring at times - special teams. Sure you don't have all the special ingredients that makes others really cool and fancy looking, but you know what you do and even though people often leave you to the very end of the trick-or-treat haul at least you know you won't make them break into hives or anything crazy like that.

I'm sure there is a distinguishable flavor from package to package - or game to game - but the more we see of you, the more we're understanding exactly who you are. You have a ridiculously sweet offense that can put points up at will, but you have a really sour - in a bad way - defense that I'm pretty sure my JV football team could score points on. Of course, I didn't play JV football (being both tiny and Korean and well, how many tiny Koreans are there on the field) and that time was a lot longer ago than I want to acknowledge, but I'm guessing my team would have and was bad, and the point is that even they could have scored on you. So yeah. Also, I wouldn't put it past Indiana to still go bowling with that offense that is really entertaining to watch. It's not that I think you're that bad of a candy - after all, you are one win away from a bowl game now - but I do question how good you really are. Are you more a rehash of what was once a really popular candy or are you actually a unique and talented team capable of knocking off a few big teams? While the prevailing wisdom is that Minnesota played well enough to beat a very crippled Northwestern team, we'll give you the benefit of the doubt for now. Also, the Root Beer flavored BottleCaps candy is the best. Let's say that Ra'Shede Hagemen is the Root Beer BottleCaps candy and your QB situation is the awful Orange one.

On the outside, you look like you're going to be the best. In fact, you have the perfect dimensions, blend of ingredients, and marketing to convince everyone that they should dig in. Then we realize you're from that one house that always tells us that they're better than everybody else because they went to this really fancy school that taught them sugar is bad for you and that you should actually eat only sugar-free candies so you don't become overweight and also that you should go polish their shoes because you look like the butler or some stupid stuff like that and... Well, yeah. You eat the sugar-free Miniature Reese's and while it has some of the same elements of the delicious treat you hoped to enjoy, it's missing something and so you throw away everything. The issue isn't that you don't have the proper ingredients to be a success, it's that you're being handed out by that weird house that doesn't listen to the news or something like that and still packages candy together by hand, which is bad because don't you know there are weird people who are completely crazy and will put drugs and stuff in the candy! PARENTS WON'T LET THEIR KIDS EAT YOU ILLINOIS! DON'T BE CHEAP, BUY SOME REAL CANDY! I'm not sure if this is making sense, but Illinois has shown they are better than last year, but this is not what we would call a good team. What I'm trying to say is that I still don't think Tim Beckman knows what he's doing. 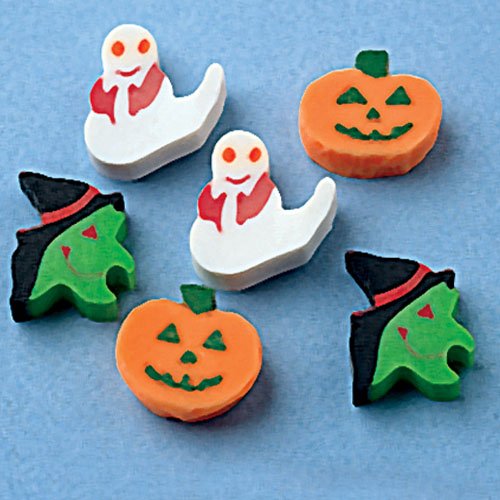 You probably are really well-intentioned. You don't want to hurt anyone with all of that sugary goodness, so you are helping them look better anytime they make a mistake, right? That's probably a nice way of saying you're a really bad facsimile of a B1G team right now and while it was great your defense held Sparty to one offensive touchdown last week, your coaches also looked really lost for almost every moment you had the ball and moral victories are hard to claim because you were shut out. You will be forgotten by all, and if you could be rejected at the door with any tact, you would be.