I promised SpartanHT that I would do a Cheers Power Poll and even used a few of his suggestions for this week's events. I figured that the full start of the B1G slate was as good a time as any to break out the place where everybody knows your name. As a point of order for this weeks rankings, there were 12 voters. Points are, as always, 12 points for 1st, 11 points for 2nd, etc.

You're the good looking one of the bunch right now, and that's not to say you don't have your own set of weaknesses, but damn if you don't manage to keep on winning. You kind of own the place right now and outside of a few misunderstandings - and a penchant for getting a little sidetracked from time to time - you should keep on keeping on. Only thing that can knock you down now is a certain someone we'll talk about later. 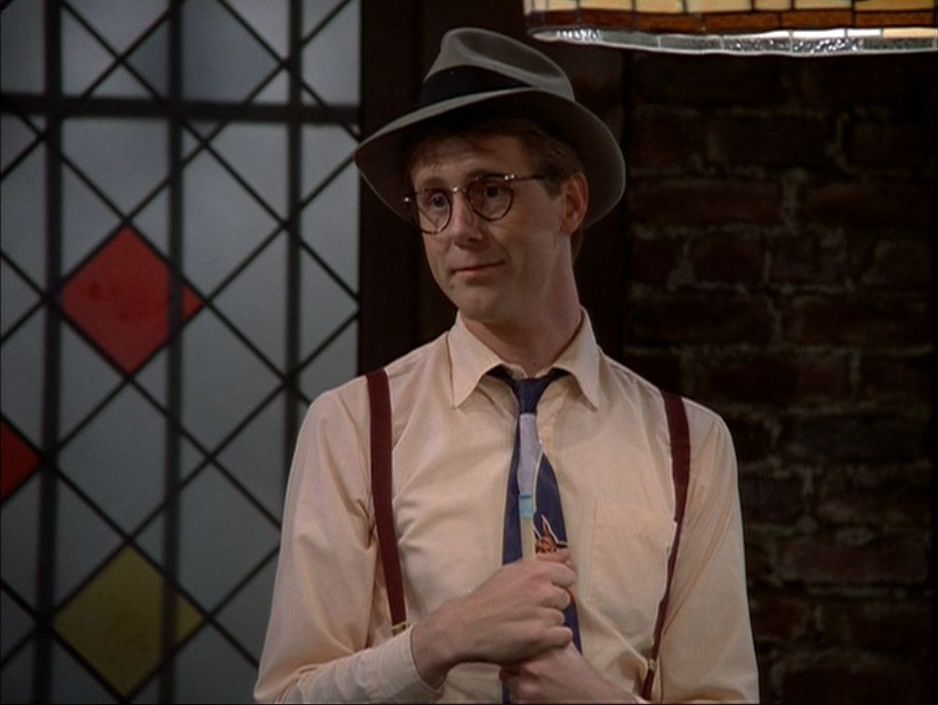 Let's all be honest, you're probably one of the smartest guys in the bar. Nobody takes you seriously, but you always end up with their money, their watch, and their wallet. Problem is that you don't really seem to get much further than that. Sure you have made a lot of progress and you're a quick one alright, but when it's all said and done you don't seal the deal. Still, at least everyone knows you're good at what you do now, right?

You can drink us all under the bar. We're pretty certain of that. Even so, you're a mainstay here and we couldn't imagine the place without you these days. You're always late to the party, but you do what you do well and we appreciate that. As of late, you've gotten real comfortable with some traditions. Just like you always get a hello, you might get a chance to lose a Rose Bowl again... if Mike's predictions mean anything. You kind of ended up here and don't know all of the traditions yet. In fact, while you may come off as competent, you're probably crazier than everyone else here. Still, you're learning to hold your own here and before you know it, you'll probably even run the place. You'll probably end up settling for the plumber... And hell, he'll probably leave you when he strikes it rich with his new fancy smarts. I don't know why I made this analogy except to say that there is a Bo Pelini analogy in there.

You really think you're too good for us, don't you. And I mean, you do have a lot to snub your nose at - what, with the fancy education and most wins of all of us - but when it comes down to it, you're just like the rest of us. On an upside, you're coming into your own finally and might even get that manuscript - er, gameplan? - sold. Of course, the day of reckoning for you will come at the end when you either break Sam's heart or give him what he always wanted - another undefeated season and a chance at a title. What? That's not how this works? You're a pretty complex character. On one hand, you come off as a cool and collected guy. You look the part of a major player, you got the girl when she was in your institution (which is super problematic I might add), and you probably can help out everyone in the group with defense. Or at least, everyone could learn that from you. Unfortunately, you have also experienced a lot of loss at the hands of your counterparts and you'll be more known for your neurotic self in an alternate TV world away from the bar.

You really just kind of take things as they come. Sure you just had the biggest win of your life, but you think all of this is too surreal to really get how big a deal it is. Sure you seem simple minded at times, but we all know you mean well and heck, you end up with a rich wife who helps propel you to places you didn't think was possible - bowl games. Who knew the somewhat simple minded rich woman was such an offensive genius?

You really are a know-it-all, but that's okay because you're also the punchline. Whether it's that time you were sure you could win Final Jeopardy or that time you were sure the Fake Kick wasn't coming, you just kind of seem to make big mistakes at the worst time. Still, everyone expects you to be here at the end of the day, still giving people hell, and still thinking you know more than everyone else... and somedays that's all true.

At first, you were not the biggest fan of coming around these parts. You had a lot of disdain for something that was - at least in your mind - a bit below you. It grew on you quickly, though, and you even find some fulfillment being here. Personality wise, you can be a bit aggressive and that tends to lead to your demise. Lucky for you, you've got a lot of smarts - and yeah, BOB is a pretty smart guy still - and some potential. Let's just hope that your recent implosion isn't a sign of things to come. You're kind of a trainwreck most of the time. Sure you have a heart, but looking at things somewhat objectively, you really can't have nice things because you don't really know what to do with them. We thought you were over this when you married that hockey player who was actually a really good offensive coordinator that would make you a better, more well-adjusted team. Then he died in a corn-husking accident - or uh, ice show accident? - and you found out he was less cool than you thought so in the beginning. 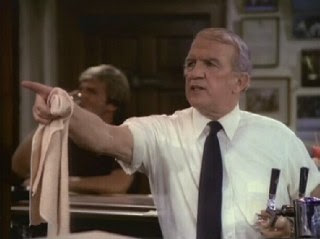 You've got the legacy, stories, and entertainment value down pat. Unfortunately, you're also kind a confused person on most days and things seem to go right over your head - and by things I mean footballs on their way to receivers and RB's on their way to the endzone. But hey, I suppose it always could be worse. Keep remembering the good ol' good ol' days. Makes the hazy future alright. You have been mistaken as about seven different names in the show, but that's okay because no one wants to include you. For the most part, you're there for a good joke to be made and for everyone else to beat on a little bit. It's really like you don't even exist otherwise. Also, Purdue is the consensus worst team for like the fourth week in a row.

Cheers is an American television show that ran on NBC from 1982-1993. It won a ridiculous amount of awards, became an internationally syndicated phenomenon, and is still the gold standard in its sitcom format. If you have not watched it ever before, it is highly recommended you do so. Oh, and every character and image here is the sole-ownership of that TV show. We're just here to point out that it's a good show and that Big Ten football is also a good show... or something like that. I'm not sure if I'm doing this disclaimer thing right.