Because for many teams in the B1G it feels like we're in a giant game of poker (that's a stretch, but I love this movie), I am breaking out the Rounders Power Poll. In what is one of the better Matt Damon roles, let's get down to it.

As a point of reference for this week, there were only 9 voters. This, however, is less an indictment on our staff and more an indictment on my inability to get the rankings document put together before late Monday night. Anyhow, points are - as always - 12 for 1st, 11 for 2nd, 10 for 3rd etc. Lots of consensus as this season goes by. With no further ado, the Rounders Power Poll. You are some sort of game playing genius right now. Sure, you've made a few bad calls in your day, but right now your on a hot streak and have read almost every one of your opponents perfectly. Will it be enough in the end? Hard to say. You might not have the happy ending you always imagined, but good things seem inevitable. 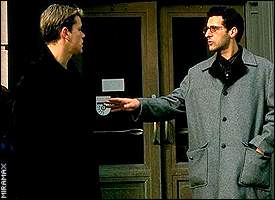 You are a grinder. You play your opponents smart and tough and make sure they hate life after you're finished. Sure, you might not always get the splashy wins with the big prize, but you are a pro at what you do and people respect you for that. You have a chance to make a little bit more noise this weekend and beat a team that has had your tells for a while. Do that and a trip to the big table in Indianapolis will be almost a sure thing.

In the bigger scheme of things, you're probably relatively new to power, but nobody is doubting what you can and will do to other teams. While some of the old school guys don't really respect you, you have broken enough legs, smashed enough skulls, and made sure you got your money to last an eternity. You can keep moving up the ranks so long as you take care of your own business from week-to-week, and that seems to be what you intend to do.

You are one of the hardest to peg in this whole place. In a lot of ways, you've already won more than anyone else here. You were expected to be mediocre, but you're going to be a lawyer - or um, above .500... same thing? - and you know when to hold and when to fold. A lot of people might think you're nothing but a nice story. A sideplot to the main course, but those people would be mistaken. You are arguably the smartest person here and it's your time to choose your legacy.

I mean, it's not like you're specifically bad at what you do. Obviously you can play the game and you've had your fair share of wins. With that said, you also have a lot of losses and now you're kind of playing on borrowed time. You're limping in to the finish line, but you've at least made a stand these last couple of weeks. Will that be enough? Is there any magic - or tricks - left? Probably not, but hey, con artists have a way of making hay when you least expect them to.

You are a wise old sage with a few tricks up your own sleeve. In all honesty, you are the tenured professor with a lot of good advice and sound conservative play. Sure, you might not be a rounder and there are times where you have a gigantic blind spot for the competition, but that doesn't mean you won't win more than you lose. Your dedication to saving and doing things safe gives you leverage and it has paid off with a system that is getting better and looking across the landscape, others might be well to learn from you.

Look, you're sexy. You have that fancy way you throw the ball, you have an innate ability to demand the room look at you when you walk by. If you're on TV, there is an excellent chance we watch you. Also, you're just not hitting the next level in the near future. Sure, we're rooting for you in a lot of ways, but you're kind of just a background character for the time being. As soon as you become more well-rounded, we might think of you more than just a novelty, but I just don't see that happening.

You're a legend around these parts. We all know that you have the resources to pretty much do whatever the hell you want, and to expect you to fail regularly is asking a lot. With that said, your ego can get the best of you. It seems like all of us have finally figured out your tells, but you refuse to do anything about it - or even acknowledge it. You may never lose your prestige, but your not going to win a lot with that attitude. 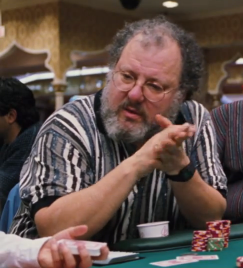 You're here to play the game. That's all you really want to do and you'd prefer other people just let you do that. We're not 100% sure on you're entire backstsory, but I'm guessing you have a few stories about the good ol' days when you used to rake big pots in. Unfortunately we are pretty sure those days are a distant past and now you're just doing work to stay afloat. At least you still got some pride, and some chips. Those things are both important I suppose. 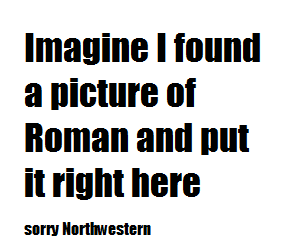 We were led to believe that you meant bad news for anyone that crossed you, but then Worm worked you over and for the most part, it really just feels like you're a big time fraud. Heck, after Worm took it to you on some sleight of hand stuff, you're just a shell of your former game-playing self. Do you bounce back this week? Not a guarantee - or likely - but no time like the present I suppose.

[In a similar issue to the one above, I couldn't find a picture of Zizzo... Sorry Illinois, apparently you don't get nice things like images to go with your Pop Culture Power Poll description this week.]

"What did you think he had? Does this look like a man beaten by Jacks?"

I had to throw that quote in there because it makes more sense of the character. You've been playing - or preparing - like you can beat teams that are obviously throwing out Trip Aces with a pair-of-Jacks. That's a bad idea, and you have proven that it is possible to lose all the B1G games. While you were definitely a lot more competitive this week, you also let Indiana run for #alltheyards, so how close were you really? You've gotta expect your opponent is able to do more than what you've shown you can stop. Or, you know, just continue to lose like you have.

I believe the quote is something like, "No amount of luck can save these guys from what is about to happen." You just show up and get beat. That's your destiny right now. I mean, from a simple law of averages type of argument, you were bound to finally score a touchdown, but in the game of winning a battle and losing the war, you're losing both. But hey, celebrate hitting the red zone Purdue... celebrate.

DISCLAIMER TIME! Rounders is a movie released by Miramax Films and stars Matt Damon. It's about poker, but not in the lame way things can be about poker. I highly recommend you watch it because, well, it's damn entertaining. Worth noting, I suppose, this movie is constantly on cable somewhere, so you really have few excuses to see it if you have cable. All of the characters listed here are Miramax Films property. We're just here to have fun and compare things to this fun movie. Now go watch Rounders.