*Ok, I get we're not the Greatest Show on Earth considering what you had to sit through in many of those games. Bear with me for a moment. It's part of my narrative here.

Anyhow, to celebrate this weekend, we're going to the circus. It has a lot of similarities to our fair conference. It's often overpriced (outside of West Lafayette) and potentially overrated, wildly successful, and more historic than it has any business being. It's also a amalgam of strange moving parts with a few obvious stars and a few obvious duds. Everyone comes to see something, and they always get what they pay for.

Because I just know you want to know where you've been!

As my normal point of order, we had fifteen voters this week. As always, the point system is the same with 1st place equaling 12 points, 2nd place 11, etc. Purdue got all the last place votes this week, so no, they are not getting better. Purdue now has all but like 13 last place votes this season. Sorry Purdue, you are not so good. Similarly, Ohio State has all the first place votes. Oh, and if you're interested, click on the sidebar on the side right there and click through our previous power polls. Fun to see the rise and fall of teams in the middle. I'll do a recap of these things sooner or later. So now, with no further ado, let's get to the circus!

You are the unquestioned leader of this mess right now, and there is very little evidence to believe anyone will be unseating you. You've tamed every act that you came into contact with so far, and even started to beat a few of them into submission. Last weekend we were nervous that you lost your sense of control as the whip came down fast and furious, but you showed a little restraint late. If you can keep this act up, you might just make it out of the Big Top and into something better. Unfortunately, most everyone outside of these parts thinks you're just a part of the circus.

You may not always be the star of the show, and man does that bother you, but you definitely draw a few gasps for air during the show. Your latest performance - the one where you threw your older brother around the arena like a rag doll - was one for the memory books. With very little standing in between you and a shot at becoming more than just a sideshow, it's time to focus. Unfortunately, as you have been known to do, you'll have to really avoid taking your eye off the next rope. If you do, you will tumble to your death and we'll all gasp and such. We'll also talk about how you weren't ever the greatest defense in the annals of great defenses everywhere. You are a big bad part of the show. You've spent more than your fair share of time in the spotlight, and while you may have gotten a little scared from time to time when we sent you to the biggest stage of them all - a nice place in Pasadena - we still claim you and don't feel like you need to be hanged like your former owner seems to have thought. Heck, we're just happy he's gone. Anyhow, this year you are on the cusp of keeping that end of season finale spot going, but you'll need a little help. Keep stomping your way through acts, though, and the rest will work itself out. 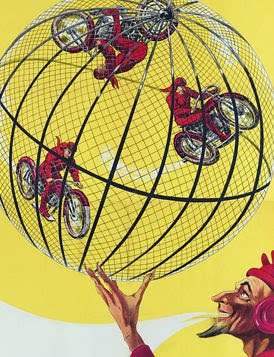 There was a time a long way back when you were the star of the show. You used to be the baddest act around, and then you died a lot of fiery deaths and people realized it wasn't nearly as cool to see you. Now? Well as of late you got a new leader who knows how to keep things in tact and boy has it paid off as of late. Sure you cut it close in all of the acts, but as long as nobody explodes in front of the crowd, who cares? Just enjoy the ride for the time being and rest assured that you have a guaranteed ticket to your own solo show at the end of the season.

Hey, let's all be honest for a few seconds. You are pretty great at what you do best, but unfortunately that's not always that cool. Sure, sometimes it manages to grab the attention of the audience - like that time you absolutely pushed the motorcyclist cage into the middle of the arena and didn't even flinch - but more often than not you are just kind of walking around the place all boring like. This season you have had as many great performances as falls flat on your face, so it's hard to say what you're going to do from here on out, but that's okay. This week you get to absolutely kill it because you're playing to the kids show. You could do jumping jacks and look good out there. No shame in getting healthy and happy.

You are still one of the big draws of the show. Even though you are enormously terrifying to many in the crowd, you are the face of the performance. In many ways, none of us would be here if it weren't for you, so I guess you have that going for you. You're also a pretty ridiculous mess right now and even though you're still probably going to kill your act this weekend - you know, by juggling what looks like sharp knives, but is really just a cheap facsimile of a difficult feat - and thusly shush the naysayers, you just don't have it this year. Not saying you can't get your appeal back, but it's going to take more than your name to get out of this hole. You have a similar history to the Clown in that people come from all over to see you despite you not being the star of the show anymore. However, you've been put in a much more dangerous situation and honestly, we're not sure you are equipped for the moment. Due to an incredible amount of injuries, you will also be performing with your third or fourth string team, so good luck with that. Sadly, we expect you to be falling to your death soon. Unlike the Trapeze Artist, you just don't have the talent or room for error. Maybe you'll prove us wrong, but I'm guessing we'll be relegating you to Tempe after the show. But hey, you were breathtaking last weekend and no one can take that away from you. 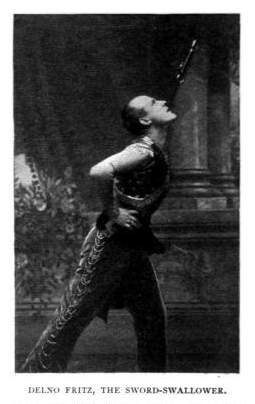 Man, we really thought you were ready for the spotlight this year. You had figured out a new fancy and entertaining way to swallow those sharp swords without hurting yourself - and honestly, we were unsure how you did it considering you told us you had no way of stopping the sword from bludgeoning you both with the pass and on the ground - but then you failed to beat Navy and then you lost a bunch of games in a row and now you let the pressure from the Motorcycle show get to you and we had to rush you to the emergency room because you cut your own arm off - I'm not sure how that happened. You still have a chance to be greater than we're used to you being, but you only have so many limbs left. Time to shape up and get your act together.

It was really cool when you made all of those other acts disappear last year, and we expected an encore performance. Unfortunately you just haven't been the same. Just because you say abra cadabra and some smoke comes out of the ground doesn't mean anyone really believes your trick. Mostly because when you wave your magic wand, the other team scores a touchdown. Not exactly how that's supposed to work. You've been skating by on talent, but you need some new tricks soon or you're good vibes from last year will start to wear thin. You really had us all convinced you were something special. "Look at what that small smart group of fleas is doing. They're like a real act!" We were all fooled and even though you even had a few moments of real circus action, you've proven to be a fraud and a mess, and the guy who paid you ten minutes to look through the lens and realized you took his money just stepped on your last running back, er, flea. You have a couple of chances to still be brought along to the postseason, but it's not looking good.

For much of the second half of last Saturday, you seemed to be playing your part. The great Lions were obeying your commands and it looked like you might finally finish a performance for the first time in years. Then you went over your allotted time and you were mauled just like Massarti. It was grisly. It was awful for a great portion of those who watched. Oh, and it was also extremely predictable. First off, of course you're a train, but you're a very defective train that has crashed and burned pretty much all season. You thought you might be a competent train last weekend and you even repainted the engine, but it was just window dressing for the train wreck that you would end up being. There have been many accidents in the history of the circus, but you are as awful looking and terrible at football as any I can remember. Hell, you haven't even been into the red zone since September, which really isn't even a metaphor because HOLY CRAP YOU HAVEN'T BEEN TO THE RED ZONE SINCE SEPTEMBER. Sorry Boiler fans, no one should be inflicted with watching this mess. But hey, we're all happy you're here. No matter what we do, at least we didn't fall off the tracks in a fiery, bloody mess. Thanks for making us look good guys!