One helped their team rise from the ashes of another collapse and the other killed a guy with a trident.*

Boy...that escalated quickly. I mean, that really got out of hand, fast. There were blitzes, and an offensive line on fire, and Denicos Allen killed a guy with a trident. 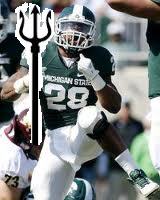 *Allen right before the trident attack that never happened

In reality, it's tough to pick between Allen, his backup, Ed Davis, and DE Shilique Calhoun (Davis and Calhoun had 2.5 sacks each). But we'll go with the senior LB here, who's got to be playing his way onto a few NFL draft boards despite being slightly undersized. Allen notched 9 total tackles, 3 for loss, and 2 sacks in Michigan State's domination of Michigan. On a day when Michigan's later possessions turned into a game of who on State's defense could whack poor Devin Gardner first, Allen certainly won his fair share of those races.

To recognize Allen's role in pulling Michigan's offense into a crushing singularity, OTE offers as the BOTW New Holland Brewing Company's Night Tripper Imperial Stout (10.8% ABV). Like the MSU defense, overexposure to this dark, intensely complex brew will probably make you go three and out and leave you feeling it in the morning. Unlike going against the Spartan D, however, we do not recommend trying to speed up the tempo when faced with this strong roast. Instead, settle in and take your time with this masterpiece. 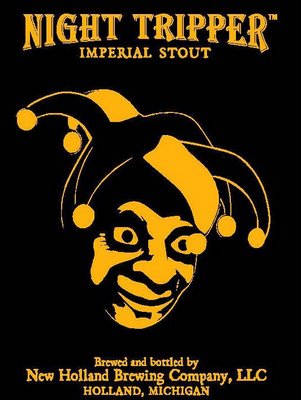 Back to back weeks where a Minnesota Gopher is the OTE Offensive Player of the Week? We are officially through the looking glass here people. Phil Nelson did everything that was asked of him, going 16-23 (while being the victim of drops from his receivers yet again) for 298 yards, 4 TD's, and no interceptions. Phil also returned from injury in the 4th to lead the go-ahead scoring drive, including the game winning 50 yard TD pass to TE Maxx Williams. That play set up Gopher fans for a few more minutes of anxiety before Aaron Hill redeemed our faith in everything good and without it this game would have been added to a long list of Minnesota collapses in games where they led handily.

To commemorate Phil's performance I recommend one of the many brews I celebrated with in Bloomington on Saturday: St. Bernardus Abt 12 (10.00% ABV). Simply delicious and a joy to drink, which makes it the perfect compliment to a offensive performance that was a wonderful to recall.  PLEASE NOTE: I recommend checking the price before ordering a bunch of them or you may be in for a surprise when the bill comes. 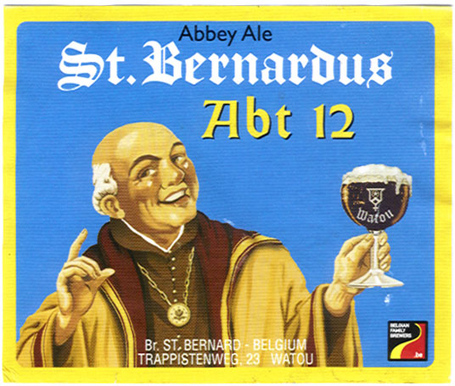 What say you faithful OTE reader?

Who was your POTW?