This is a top five movie for me and my favorite comedy of all-time. Quotable and improvisational from the start, a useful bonding movie on the course...This Poll featured 16 voters, many thanks to Big Ten Powerhouse and the OTE writers. Gunga...gunga galunga.

So let's go. The ranking is on the left, followed by the quote and then # of votes garnered.

Just waiting for all that talent to go a little bit further in the NCAA Tournament.

This is a shout out to last year's run. If you would have told Michigan fans in 2007 they would be flush with NBA-level talent and perennial Top 10 teams, I think some people may not have believed you.

But after wasting that team's #1 seed / and without all those players / can you continue to compete?

Al Czervik's jerk move is reserved for the B1G's most disliked coach/team.

One of the biggest early storylines of this B1G season: People expect the Iowa Hawkeyes to go dancing this year. How about that. Let that sink in. Anything less than the tourney would be disappointing.

One of the other intriguing storylines of this B1G season: What's really expected from this Illinois team? Seventh best in the B1G will usually get an NCAA Tourney bid, a testament to the conference's depth.

When does the pressure return to Matt Painter's squad to make the tourney? When do the Boilermaker fans, drunk with the memory of 6 consecutive NCAA 2nd round or better performances, realize that's all over and it's back to grinding out Tourney appearances? How much pressure is on Painter personally? 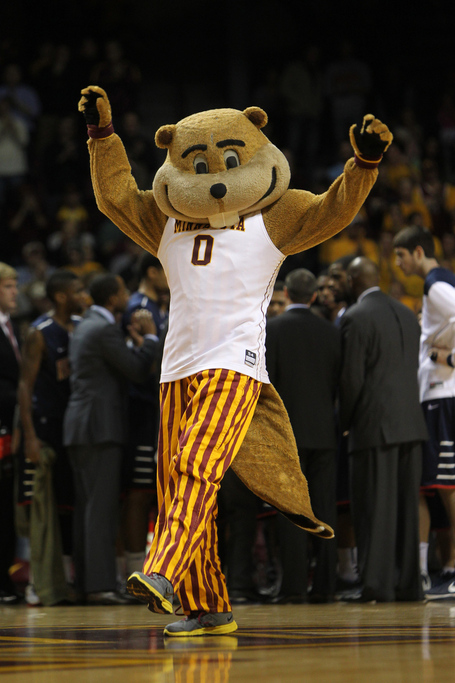 Weak inside and trying out a new up-tempo system, no one expects much from this Gopher team. Maybe they'll at least be fun to watch?

So much turnover and upheaval gives our voters little faith in this PSU team. Who blocks shots inside for them and patrols the paint?

11. Northwestern- "Oh Porterhouse, look at the wax build up on these shoes I want that wax stripped off there, then I want them creamed and buffed with a fine chamois, and I want them now. Chop chop." - 33

But seriously. This team is going to need a refreshing drink (maybe a Fresca?) to cool off after their many B1G losses.