Happy Holidays from the Hawkeye State!

Happy Holidays (Festivus)! I hope all is well with you. Things aren't too bad in Hawkeye Country these days. The football team is currently enjoying 80 degree weather in Tampa, Florida, preparing for the Outback Bowl against LSU. And the stakes couldn't be higher: your love of receiving free coconut shrimp depends on the Hawkeyes winning. But honestly, who saw this coming? Personally, I had the Hawkeyes going 6-6 (3-5) back in August. Stewart Mandell had Iowa going 4-8 (1-7) and named Kirk Ferentz as one of the worst coaches in the nation. Now, before we get to Stewart Mandell let's laugh at the OTE writers who had Iowa going 3-9 or 2-10...

You're our bitch now, Stewart. You'll never live this down (literally, never).

As for the rest of you, it's been a crazy season. Good job, Michigan State, for ruining Ohio State's shot at a national title. Iowa fans really enjoy watching your defense...in fact, I think a few Iowa fans around here enjoy it a little too much (FAP FAP FAP FAP FAP). Minnesota, no hard feelings? Just come to grips with the fact that Floyd is ours and enjoy the Kill era. It's going to be a hell of a ride. Michigan...uh...let's be honest: you have all the signs of a has-been. Sorry. Hoke isn't the answer.

Northwestern, you'll get no sympathy from us. Your luck ran out. Fortunately, there are plenty of copies of Miss Lonelyhearts on campus. Sup Brutus? Man, if you only had a bunch of 4-star and 5-star recruits, a huge athletic budget and a CFB HOF worthy coach to take you to the BCS Championship. Wait...

Wisconsin. Why u lose to Penn State bro? Indiana, Kevin Wilson doesn't like to coach defense. That works in the Big 12 but it doesn't work in the Big Ten. You're going to be the most entertaining Big Ten team with a losing record over the next four years.

ILLINOIS IS ON THE RISE WIN FIGHT TRY LOSE PLAY FOR BECK.

[comments on a certain team in West Lafayette go here]

Oh, I almost forgot you, Nebraska. And how could we forget you? I mean, considering we Iowans spend nearly all of our free time drooling and masturbating while thinking about beating you I think it's only fair that you deserve some attention. Let's put it this way: you're a spectacle to behold. It's like being friends with someone in a bad relationship. Everyone knows you and Bo aren't right for each other but year after year you convince yourself that it's going to work and year after year it's nothing but a bunch of bickering, complaining and settling for less. It's a vicious cycle. And it's delicious.

We wish you all the best of luck in your bowl games, especially those of you playing SEC teams. We're 7-point underdogs in our bowl game and expected to be run down by the ESSSSSSSS EEEEEEE CEEEEEEE speed. Just like we were in 2004, in 2005, in 2009 and in 2010 (yes, I know they were in the Big 12 at that point). No worries, we're taking it all in stride. Being told by the national media that we're going to get boat-raced in a bowl game is something we're used to. C'est la vie.

I wish I had something clever to end this letter with but I don't. Instead, this: 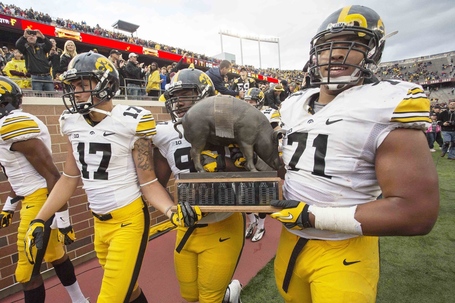 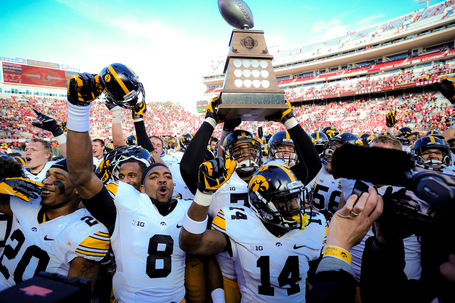 PS: Yes, I do celebrate Festivus, thus the airing of the grievances.