B1G 2013 // Keeping the Enemy Close: Where in the World Does Tim Beckman Coach Football?

OTE got a sneak peek at the BTN's newest game show -- Where In the World Does Tim Beckman Coach Football? Do it, Rockapella!

Share All sharing options for: B1G 2013 // Keeping the Enemy Close: Where in the World Does Tim Beckman Coach Football?

Well, that wraps it up for this edition of Big Ten and Beyond. We hope you enjoyed the show. And now, it's....wait, are you serious? A game show? Are we some half-assed network like SEC Network now? Fine, whatever, the BTN's newest game show is....NEEEEEXXXXXXXXXTTTTT!

ANNOUNCER: Welcome to the game show sensation that's sweeping the nation: "Where in the World Does Tim Beckman Coach Football?!" And now, here's your host with the most, Illini legend -- J Leman!

(Shaking out his luscious locks) Thanks everybody, I'm so glad to be here! I'm hoping this gig lasts as long as my NFL career....welcome to "Where in the World Does Tim Beckman Coach Football?" the game show that asks its contestant each week to identify the continent, country, state, and city where Tim Beckman coaches football! It's a game show so easy, even non-AAU students at Nebraska could do it! Let's meet this week's contestant.....um, Tim Beckman?

Beckman in the house! Dare to be great! Go Fighting Illini!

Um, Coach Beckman, don't you think this game show will be a little easy for you?

We lost 10 games last year! Beating Charleston Southern was the highlight of my season! Let's just say I need this win!

Fair enough, coach. Let's get started with the first question: What continent do you coach football on?

It's on my card! WOOO PIG SOOIE! Bielema OUT, BITCHES!

Please, no help from the studio audience.

What is a continent?

Too soon, Zombie Paterno. Too soon. Would someone clean up that mess?

Yep. I got this. (Plugs chin into wall, vacuuming sound)

Wow, impressive. I didn't know your chin dimple was actually a vacuum, Coach O'Brien. Coach Beckman, the correct answer was North America. Let's move on to round 2. Coach Beckman -- what COUNTRY do you coach football in?

Wait, you don't know what continents are but you're correcting my grammar?

Geography is for losers, like porridge! Winners eat steak and diagram sentences!

Fine, coach. In which country do you coach football?

And if you is a crook than you takin' it

And if you got money you shakin' it

Come on everybody that's here, that's word to Phife Dawg and my man Shaheed...

Coach Beckman, you do not coach football in Djibouti!

I don't? But Mike Mayock likes big butts, and the top priority in my job is to put guys in the NFL, so I figured I must coach in Djibouti!

Coach, you're supposed to win football games! And win this game show! Come on -- what is the name of the country in which you coach football?

Skoal Country is not a country.

The fuck it isn't.

Thank you Ricky Stanzi! The USA, coach....you coach football in the USA.

Yeah, you're right....but wouldn't it be funny if I coached in Djibouti?

I'm pretty sure the people of Djibouti have higher standards for their football coaches. Alright, round 3 -- what's the name of the STATE in which you coach football?

Coach Beckman, you do not coach football at Penn State.

Yes I do. All those guys in white and blue, those are my players. I recruited them.

Coach, you tried to recruit those players, but they all stayed at Penn State. And then they curb-stomped your football team. 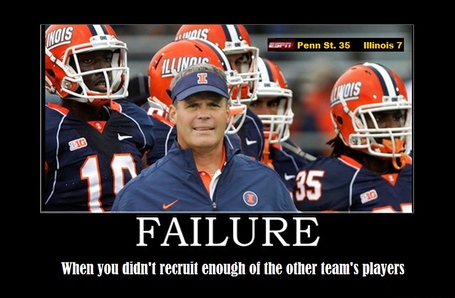 Coach, I'll give you some hints -- "Our state, our team?" There are three "I"s in the name of your team's state?

J, I'm fairly certain there's only one "I" in my team.

ILLINOIS, coach! You coach in the state of Illinois! We would have also accepted that you coached in a state of confusion, a drunken state, or a state of dumbfounded and abject terror. Final round.....coach, in what city do you coach football?

Not that Chicago, the OTHER Chicago, where all our fans are going to the Caravan.

Coach, that's called Evanston. And you're not going there, either, even if the Illini's football website is still celebrating you getting beaten by 36 points the last time you went.

Funny, I don't remember much about that game at all.

That's what happens when you run into my thunder, jackass. (Throws flag at Beckman)

(Crab walks away from the referee)

Coach Beckman, you are the football coach of the Fighting Illini of the University of Illinois, in North America, in the United States, in the state of Illinois, in Champaign-Urbana. If you don't even know that, how on earth are you coaching football?

Oh, I don't coach football. I've just been doing whatever the voice on the other end of this earpiece in my ear tells me to do for the past year. 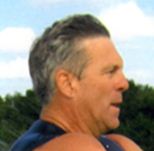 WEEEEEEE!!!!! TIMMY? YOU THERE?!?! IT'S HARD TO HEAR YOU OVER THE WAKE OF MY KICKASS BOAT! YOU KEEP DOING WHAT YOU'RE DOING -- THE B1G WILL NEVER LOSE THE ZOOKSTER!!!!!

I can't believe I let Howard Griffiths talk me into this show. I mean, if we want Illini fans to watch our network, we should have entitled the show "SUPER HOOPITYBALL BASKETBALL BONANZA HOSTED BY KENDALL GILL AND SPONSORED BY STATE FARM" like I suggested. Nothing was even remotely entertaining about that.....and that J Leman was a moron. Someone bring me his head....wait, no, I have a better idea. (Picks up phone) Pat?

You still have the Sweet Sioux Tomahawk, right?

Yes. It's on permanent display here in Evanston, its permanent home. It's sitting right next to that Monopoly hat we now play for. I've got both eyes pointed right at it. 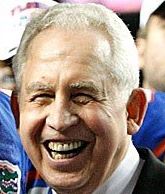 ....and since we're working with geniuses at ESPN like Chris Broussard, Skip Bayless, and Chris Berman, this new SEC Network is SURE to be a huge.....hey, wait, who is that ravishingly handsome man with such beautiful hair!!!! 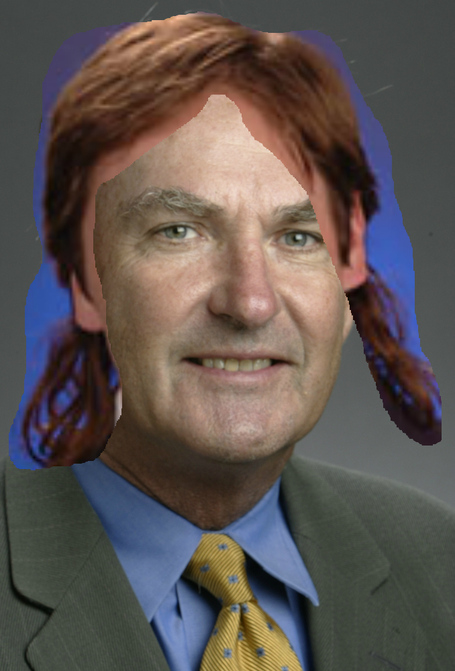