Good Morning OTE! Today our staff was discussing various ways to bring Rutgers content to our site in bold fashion. Obviously a full week of nothing but Scarlet Knights sounded amazing, but after much E-mailing back and forth, it was quickly decided that we actually are less impressed by the Rutgers add than we are the Maryland annex. Then Ted, always the benevolent one, had the most brilliant idea we have ever had*. Let's put together an entire week of Rutgers content in one piece. So with a tip of the hat to Ted and Chad for brainstorming this beautiful piece, I give you B1G 2013 // Rutgers Encapsulated

Okay, so let's not do good news/bad news. Here's what we know about Rutgers: 1) They can't keep ADs employed, 2) We're pretty sure Rutgers Fans can easily be stereotyped by The Jersey Shore, and 3) Isn't New Jersey run by the mob?

Greg Schiano is a great coach and while I want to pile on Rutgers, I just really like his style. He really pushes Rutgers to be better and is both a great recruiter and tactician. [awkwardly gets tap on shoulder] [dead silence] Oh, so he coaches the Tampa Bay Bucs now. That's weird. Well then... I suppose this is Jersey, should we be all that surprised? Let's just move on.

Appetizer/Casserole/Main Dish/Dessert: Jersey Shore Hotdog: What do you know about Rutgers?

C.E. Bell: I think I might have had my Butler arrange a pickup of my new Maserati out in Jersey. Oh, and Northwestern is totally going to win the B1G this year. I know nothing about Rutgers

MSULaxer: Q. Why do they call New Jersey the "Garden State?" A. Because toxic waste state would be too cruel.

Ted Glover: I've been to the Newark airport, and it's a terrible place. Other than that, nothing.

Graham Filler: Rutgers is like a girl I once went on a date with, but then I drank too much and forgot her. In other words, nothing.

Hilary Lee: Did you say Baffles? Because I know about Baffles. 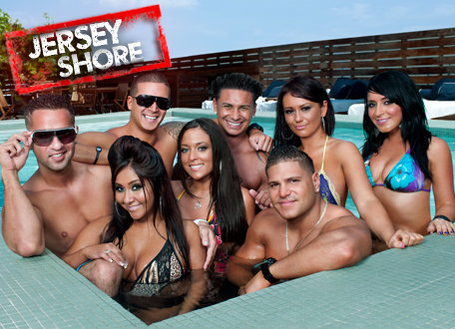 New Jersey has been the butt of America's jokes since the 1950's. We don't feel like piling on. Also, here is your overflow hate thread from Maryland week. At least their fans care.

Ted was doing real work this morning which means his brainchild doesn't get to be published under his name. Still, everyone give him a hearty round of applause for doing most of the work here. I'm just publishing and filling in the blanks. Also, if anyone in the mob is reading this, remember this was all Ted's idea. HIS FAULT!!! TONY, SEND GUYS HIS WAY!