Five OTE writers edge their way out onto the limb of June predictions for fall football, leaving no school's stone unturned in the quest to call the action in 2013 and beyond.

It all started so innocently, as most OTE articles do: discussing a Big Ten preview article, we all began to discuss its merits. Would Illinois really win a conference game? Could Indiana go bowling? Well, shockingly, the discourse veered a liiiiittle bit away from the main points of the article and into our own bold predictions for the 2013 season!

See if you can match the Bold Predictions to their maker, and let us know your guesses and your own bold predictions in the comments:

-Ohio State will lose two games this season. One will be to a team with a .500 or worst record.

-Minnesota will not go bowling this year.

-The Legends will have a better crossover record than the Leaders

Illinois wins one game all year (against Southern Illinois).

Indiana goes undefeated in the non-conference.....and ends up bowling.

Two B1G players end up in the top 5 of the Heisman voting (Braxton Miller and a wildcard out of James White, Venric Mark, and Taylor Martinez)

The Legends comes down to tiebreaker between Northwestern and Michigan....State.

The B1G ends up with a winning record vs. the SEC during bowl season.

One for each team. Bold enough where I suspect every fan base will hate me.

- Illinois only defeats Southern Illinois and Miami (OH). Tim Beckman hate rises to new levels in the Illinois fanbase but he is not fired.

- Indiana doesn't go bowling but IU fans don't notice because they are too sad that Notre Dame doesn't make it back to the national title game.

- Iowa goes 0-8 in the B1G while Kirk Ferentz's agent dresses in a troll face mask for Halloween.

- Michigan beats Ohio State and faces them the following week in the conference title game (this one is just to spite the old divisions, may the burn in hell)

- Michigan State loses to Michigan by 4 points. MSU fans blame the loss on a pass interference call that they didn't like.

- Minnesota wins 8 games and Jerry Kill gets a raise and 1 year contract extension.

- Nebraska loses to Northwestern at home again. Northwestern coach Pat Fitzgerald thanks the Husker fans for helping his team practice the silent count during last year's game in preparation for this road win.

- Northwestern starts out 4-0, goes on a 3 game skid, but does Northwestern things to finish the 2nd half of the year 5-1. While NU fans are initially saddened by their team's 8-4 regular season finish, their spirits are raised by the program's first bowl game winning streak.

- Ohio State goes 11-1, losing to tSUN in The Game before getting their revenge in the B1G title game. The B1G goes another year without a team in the national title game.

- Penn State starts out 5-0, but injuries result in a thin roster that finishes the season 7-5.

- Purdue goes into the Indiana game needing a win to be bowl eligible. Indiana crushes their dreams and takes back the Bucket.

- Wisconsin takes a weak schedule and manages to replicate their 7-5 performance of 2012. Sadly this is no longer good enough to go to the B1G title game and Rose Bowl.

- Maryland: Randy Edsell never gets to coach a game in the B1G.

- Rutgers: Everyone is too busy talking about their AD to pay attention to a meh season by the football team.

- Northwestern will lose to either Minnesota or Illinois, but not both

- Michigan State will have Dantonio on the hot seat by the end of the year, with Narduzzi ready to step in to replace him

- The B1G wins the Rose Bowl. It is not the league champion who does it.

Ed note: in Cory's infinite wisdom, he left out a Predictor. Your choices for the last one are among Graham, Brian, Jonathan, and Ted.

1. Devin Gardner proves to be the conference's best quarterback.

3. Damion Terry is the starting quarterback for Michigan State by the end of the season.

Let us know in the comments - who are these five mystery predictors? Your Word Bank for the test consists of MNWildcat, babaoreally, Jesse Collins, C.E. Bell, and GoAUpher. Feel free to share your bold predictions as well! 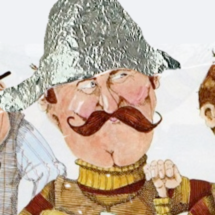 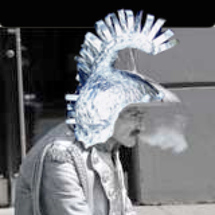