There is no cure for a case of the Huskers.....

Oh, they're nice, Nebraskans. They're unfailingly polite, cheerfully hospitable, and gracious hosts at tailgates regardless of whether the Huskers win or lose. On football Saturdays in Lincoln, through the gates of Memorial Stadium pass 81,000 plus of these "greatest fans in college football." They even put up a sign so that we'd all remember how nice and hospitable and great Cornhusker fans are: 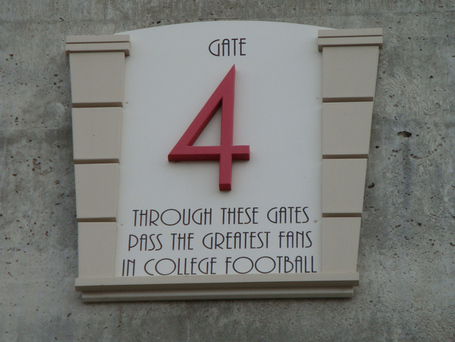 This is why we have to hate them. 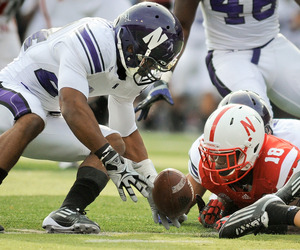 In the law, it is called "a slippery slope." (Don't worry, Nebraska fans: I said slippery slope. I'm not talking about the slippery fingers of your punt returners and Taylor Martinez....yet.) It's probably the first legal "argument" you learn of in law school; indeed, you probably learn it before even going to law school.

The slippery slope's universality makes it a lazy argument, but sometimes, it is true. Sometimes, what seems like a nice, pleasant, gracious step down the path puts you on a road to destruction. The first sip of Daisy Cutter Pale Ale is refreshing on a hot Saturday night, but then you follow it with a second, and then a third/fourth/fifth, and then some overpriced and unidentifiable shots from a disinterested looking cocktail waitress in a skimpy top at the Hangge Uppe....and then pretty soon you're waking up on Sunday at 11:30 am with a pounding headache, stale cigarettes on your dried out breathe, missing a shoe, your wallet $400 lighter thanks to "bottle service" and a trip to VIPs to contribute to Cinnamon's tuition fund, and no idea where you left your car.

Nebraska is the B1G's slippery slope. It's all been downhill for our conference since Nebraska.... 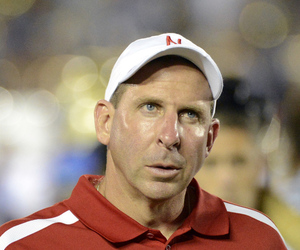 What, you don't believe me, crazy-eyed Bo Pelini?

Nebraska has said all the right things, and been friendly, and played well since joining the B1G....but underneath that cordial veneer lurked a danger, an evil, that would send the B1G spiraling ever downward towards the depths of hell (a.k.a. picking up second tier programs from the ACC/Big East). Nebraska accepted an invitation to join the B1G as its twelfth member on June 10, 2010. And it's been downhill for the entire conference ever since: 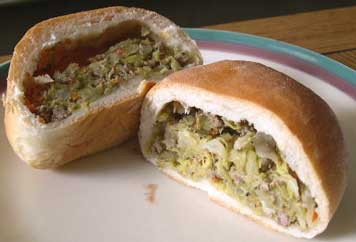 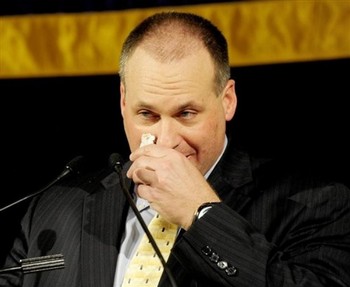 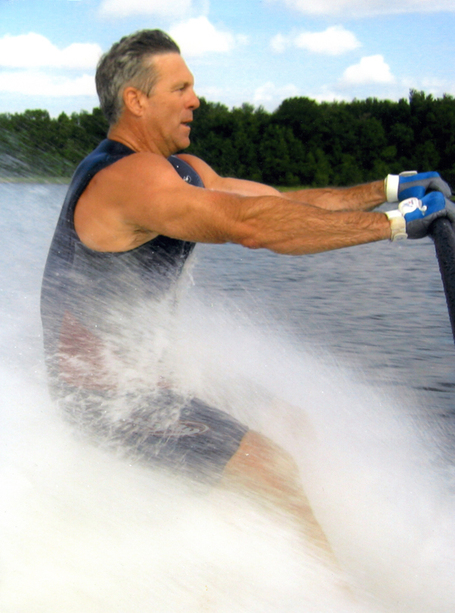 Thanks to Nebraska, this man may be the next head of the Federal Reserve.....

The only thing that has gone downhill faster than the B1G since Nebraska joined the conference is Wisconsin's running game against the "Blackshirts" in the 2012 B1G Championship game. (/Wisconsin scored again.) 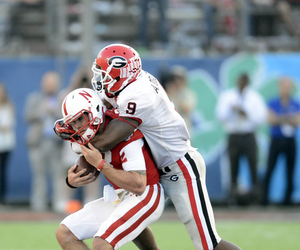 I shared my "slippery slope" view of Nebraska with Graham (no I didn't) in the hopes that he'd come up with some convoluted simile about how Nebraska is like a girl he dated (actually I just made all of this up). Here is what Graham told me (no he didn't, I wrote this):

"Nebraska is like that really nice girl I met on Match.com who seemed perfect for me - she's smart, in good shape, with a great personality and sense of humor (she likes Sex and the City as much as I do!). We went on a few dates, and it went really well, and we hooked up, and the sex was great, and then we started seriously dating. And then a couple weeks later she lost her job, so I let her move in with me. And then these red bumps appeared on my body in a place they shouldn't have, and I went to the doctor and he said that while he could prescribe something to treat 'the symptoms,' there wasn't any cure. And then she started inviting these obnoxious friends of hers to hang out at my place. But we're still together, so I hope it works...."

To be clear, Nebraska, Graham isn't saying that Nebraska is herpes.* He's saying Nebraska is a really nice girl that treats him nice, but who lost her job (AAU status), and dating her now means he has to hang out with her obnoxious friends (Maryland and Rutgers). Oh yeah, and she happens to CARRY herpes.

So why should we hate Nebraska? We should hate their niceness, as it's camouflage covering the fact that they have started to destroy our conference from the inside.

We should hate them for being the first domino in conference re-alignment armaggedon, which eventually led to the B1G picking up Rutgers and Maryland.

We should hate Nebraska because they have a worse bowl record (0-2) than Northwestern (1-1) since they joined the conference.

We should hate them for allowing a 7-5 Wisconsin team to become the worst non-Illinois B1G Rose Bowl participant in history. In embarrassing fashion, to boot. /Wisconsin scores again.

We should hate Nebraska for 1994 Penn State and 1997 Michigan, because PSU and UM were in the conference first and those were B1G National Titles, goddamnit.

We should hate them for calling the best bowl venue on God's green earth a dump and for wanting to play a non-conference opponent like Southern Miss, Wyoming, South Dakota State, or UCLA (seriously?) rather than a B1G team.

We should hate Nebraska because you can't spell Bo Pellllini without 4 Ls, and because he dresses like a homeless version of Bill Belichick.

We should hate Nebraska for Graham, because Valtrex is expensive.

But mainly we should hate Nebraska because they're in our conference now, we hate our conference opponents, and there is nothing more satisfying than throwing vitriol, anger, and hatred at fans that are so stupidly nice.