This week we talk about who's looking improved, whether the conference is better as a whole or just playing it easy, and Wisconsin and Nebraska's big matchups.

Share All sharing options for: Three B1G Questions, Week Three: Who's looked the best so far?

Hey all! This piece is supposed to run Thursdays but this week it's on a Friday, and I'm going to politely ask you to deal with it.

The Big Ten is the best conference in college football.This much is undeniable, provided you are an enormous fan of small sample sizes and completely ignoring context. I like both of those things, when it suits my purposes, so I will continue believing this and probably totally ignore Bama-A&M so I can watch some real football, like Michigan State-Youngstown State. (The Penguins got some fight in them, y'all.)

1. Damn, the Big Ten is 21-3! Is this conference better than we thought, or are we just dealing with terrible opponents?

Tom Fornelli from The Champaign Room is on my side.

I don't hesitate to say that the Big Ten is the best conference in college football. Though just because I'm saying it doesn't mean I actually mean it. Of course I love you, baby.

AJ from The Crimson Quarry is not on my side.

We're dealing with terrible opponents. There really isn't a whole lot to add to it. Seriously. Bad.

The consensus tends to be a tad more towards AJ's side of things.

Look at the three losses: Cincinnati (whom I thought was good until they got pantsed by Illinois) Northern Illinois, and Navy. Who would even qualify as the best win? Northwestern at Cal? Michigan over Notre Dame? There have been way too many close calls of the Purdue-Indiana State and Nebraska-Wyoming variety too. - Travis Miller, Hammer and Rails

While Michigan, Northwestern, and - gasp, Illinois - have solid wins on which to build a resume, the rest of the conference has either played a marshmallow soft schedule (Wisconsin, Ohio State) or looked totally underwhelming in some facet of the game (Nebraska, Michigan State).  Indiana seems content to play another season without a defense and Purdue fans are going to be wishing the school didn't exist by the end of this season.

At the end of the day you can pretty much only live up to modest expectations with a schedule like this.  No one from the Big Ten has taken on a top team from another conference and most everyone is content to play teams that should get run out of the building.  If the Big Ten wants to change perceptions, it'll have to do a lot more to turn heads. - Zach Travis, Maize N Brew

Some responders pointed out that this would be a question better asked next week:

What we want from the non-con, Week 3 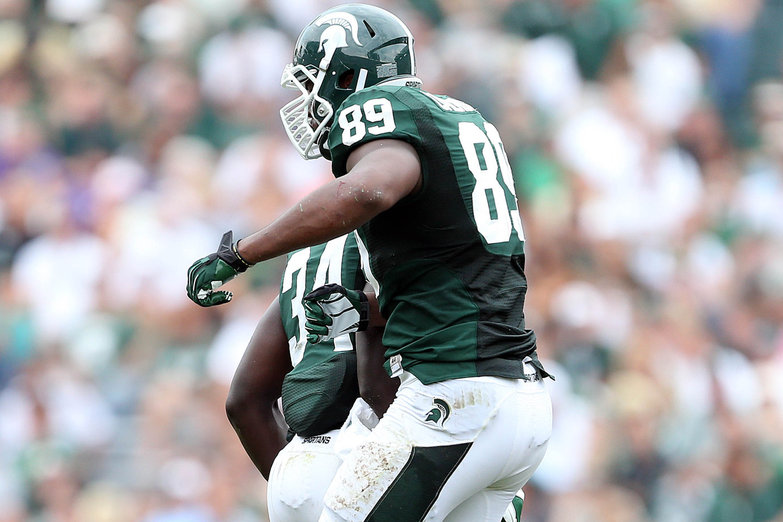 A rundown of the B1G weekend.

While I'm encouraged by the fast start and some of the quality wins (Michigan over Notre Dame, Penn State and Northwestern over Syracuse, Northwestern over Cal, Illinois over Cincinnati to name a few), I'll need to see a big weekend before declaring the B10 is back. Penn State, Iowa, Wisconsin, Illinois, Nebraska and Ohio State all have somewhat challenging games on Saturday that will go a long ways towards determining what the B10 is made of this year. -- Jared Slanina, Black Shoe Diaries

2. Last week I asked you which team had come out looking the worst in comparison to your expectations and got a whole lot of Illinoises and Purdues. Now, after two weeks of play, I'll ask you: which team looks the best in contrast to what you expected coming in?

There were two favorites here:

Illinois?  I mean, it has to be.  The Illini were roundly expected to be the worst team in the conference and this season was to be Beckman's march to the unemployment line.  Instead, Illinois sneaks out a close one in week one and then blows by a Cincinnati team that just made Purdue look like a Pop Warner squad.  If the Illini can keep this up, the team could be bowl eligible.  I'm just as surprised as you. -- Zach Travis, Maize N Brew

Surprising, considering these guys looked like the worst team not just coming into the year, but also after Week 1. It surprises one Mr. Fornelli, as well.

I'd also like to give a special shoutout to Adam Jacobi from Black Heart Gold Pants for using the word "hamblasted" to refer to what Illinois did to Cincinnati. Hamblasting things is B1G. I'd also like to give him a shoutout for writing the best thing I have ever read, this story about Brent Musburger-reinterpreted Eminem lyrics, as I have already done that 42 times and still haven't done it enough.

The other team that came up a few times is the one Musburger was calling, and we have a surprising voice leading the way:

It's probably Michigan, as much as it pains me to type that. Their passing game looks substantially more dangerous than I thought it would be so early in the season, and their victory over ND is by far the biggest for the conference so far. The Wolverines still have some significant flaws, but right now, they're playing like a division favorite. -- Matt Brown, Land-Grant Holy Land.

We also had some assorted calls for other teams:

Northwestern. Honestly they look better than the fringe top 25 everyone originally thought they would be. I'm starting to consider lumping them into the Big Ten title competition. That may be a little premature, but they handled Syracuse pretty easily. We probably won't find out with any certainty until the conference schedule kicks in. -- AJ, The Crimson Quarry

As much as it pains me to say it, I'd go with Wisconsin. Not because they are 2-0 and neither game was close; their schedule might be weaker than Minnesota's thus far.  But there have been no defensive letdowns en route to back-to-back shutouts.  And I was expecting at least a minor adjustment period to the new coaching staff.  So far things are going well for the Badgers.  And I don't like it one bit. -- The Daily Gopher

Apparently, being pained to say things is really B1G.

3. There are two big matchups in the Big Ten this week: Nebraska-UCLA, and Wisconsin-Arizona State. Which matchup do you think will tell us more about the Big Ten season?

We got answers on both sides of the aisle:

Nebraska-UCLA is in Lincoln, and as such if the Bruins take the L it won't be that much of a shocker or an indictment of the conference-especially since Nebraska brings such an experienced offense to the table.

I seriously will not rest until everybody reads this 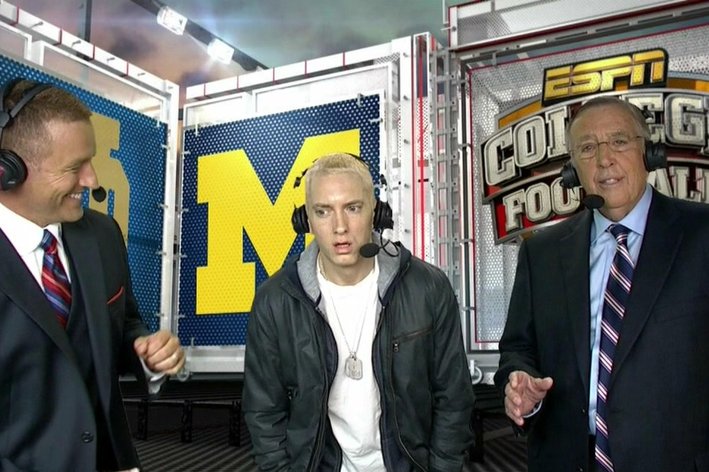 If Wisconsin goes out to ASU and picks up the win though, look out. A team that can do that has a plausible shot to knock Ohio State off its pedestal in the Leaders Division-and Gary Andersen's only been there for a couple of games there so far. Seasons are long and complex things, of course, but if we're looking for an important data point out of the first three weeks, Wisconsin keeping up its tear would absolutely qualify. -- Adam Jacobi, BHGP

I think we'll find out a lot about the defense of both of these squads.  If Wyoming can wrack up 600 yards on Nebraska, what can UCLA do?  I think this is the game that tells us more. -- The Daily Gopher

It really comes down to whether you like making jokes about Nebraska's defense:

Nebraska is probably going to give up 2000 yards -- Zach Travis, Maize N Brew

Wisconsin has the nation's best defense having not given up a point. Yeah, it was against Sisters of the Poor and Blind, but they are playing well and the offense had plenty of time to get rolling. -- Travis Miller, Hammer and Rails

That's all we got for today, so Go B1G Go and stuff.