We look at what's wrong with Michigan, discuss Penn State's regifted scholarships, and wonder whether the Big Ten divsions should get adjusted. (No. They shouldn't.)

Yes, we survived the non-con slate. It was kind of boring and nobody was really impressive. So let's look forward instead of looking back, and think about the future of Big Ten football. Because there's a lot of that left to be played, and we can ignore the stuff that already happened. Again, we asked SB Nation's Big Ten bloggers some questions about stuff and they answered them! 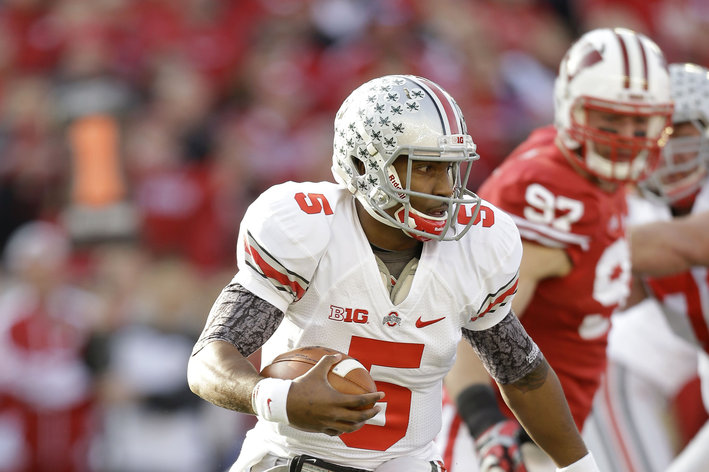 1. no seriously what's up with michigan

That kinda sums it up right there, but let's get more from Zach.

One large component is youth.  There are about ten first or second year players getting significant time on either side of the line, and while the group has a lot of promise, that often leads to the kind of mistakes that turn big plays into no play.  This was always going to be an issue, but in the first two games the Wolverines did enough elsewhere to manage the problems.

Which leads to the biggest issue of the last two games: Devin Gardner.  As he struggled against a couple lesser opponents, mistakes began to compound and he slowly let his mechanics break down, which leads to more mistakes.  That he has helped push Michigan back in both games is important, but the Wolverines can't win big games without him consistently making throws.  That starts with footwork, reading defenses, and calmly going through his progressions.  Hopefully a bye week gives him time to get back to basics, because when he is on, he is really on and can tear defenses apart in multiple ways.

Other answers focused on the guy under center:

I think it's pretty obvious: Devin Gardner and Tate Forcier were peeing in a fountain in Ann Arbor after celebrating Michigan's win over Notre Dame a few weeks ago when a bolt of magic lightning flashed across the sky and answered their simultaneously blurted wishes to swap lives with each other.  Or maybe that was just the plot of a lousy Ryan Reynolds movie.  I forget.  -- RossWB, BHGP

Film Review: Looking at Gardner's Struggles in the Pass Game 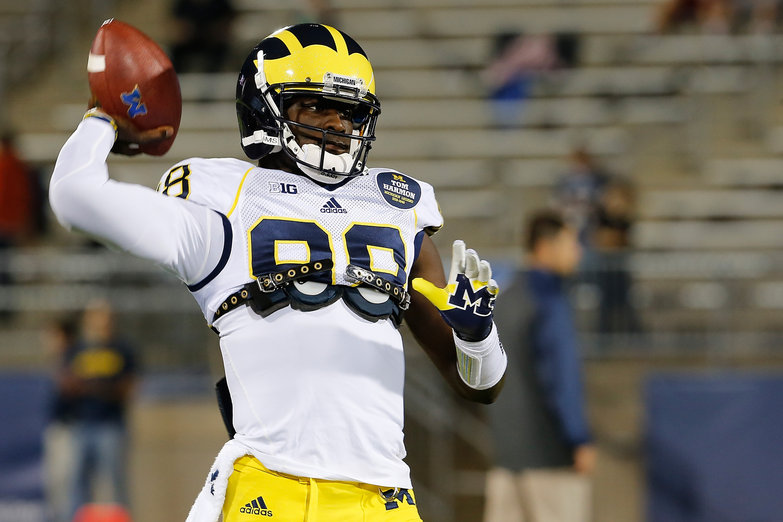 MnB gets into the nitty-gritty details of what, exactly, Devin Gardner is doing wrong.

Michigan will be fine if it would just start holding on to the football. It has the worst turnover margin in the Big Ten and one of the worst in the country because it turns out that Devin Gardner is worse at taking care of the football than Denard Robinson was.  -- Tom Fornelli, The Champaign Room

I blame Devin Gardner wearing No. 98. He is certainly throwing like a defensive lineman playing quarterback. -- Corn Nation.

They're not as good as we thought. It's as simple as that. Devin Gardner has a skill set that is sexy to college football fans and media but isn't necessarily conducive to winning games at a high level. I dunno. I still think they have everything in place to be very good, they just need to go out and execute. -- AJ, The Crimson Quarry

Let's put it this way: The most positive response about Michigan came from an Ohio State fan.

No seriously, I'm not sure if I'm ready to believe that Michigan is barely better than Akron at home, but we've seen some serious warning signs. Their o-line is showing their inexperience, they're inefficient with their running game, and Gardner has a little Denard in him. Big Picture, they're probably going to be fine, but don't be surprised if UM loses a game in league play to a team they really shouldn't (Hi Iowa!) -- Matt Brown, LGHL

2. Penn State has less scholarship restrictions. You scared of future Penn State? And if the Big Ten divisions seem a little bit unbalanced, should the B1G consider remixing it again?

Surprisingly little love for the Nits:

What's there to really be scared of? The Nittany Lions have won one conference title since joining the Big Ten and that was in 1994. The Big Ten doesn't need Notre Dame because Penn State already is the Notre Dame of the Big Ten. It's reputation is based on things it did years ago. I'm not saying that the Nittany Lions suck or anything, but Northwestern has more Big Ten titles since Penn State joined than the Nittany Lions have. As for remixing the divisions, hell no. They finally showed common sense by going with geography. Don't mess with it now. -- Tom Fornelli, The Champaign Room

Penn State is still going to be Penn State.  The scholarship reductions, over time, will have (or would have had) an affect but Penn State is still going to be a good program that attracts high end talent.  But please do not even broach the thought of re-balancing the divisions for competitive balance reasons.  If we are going to re-balance for competitive balance then we would need to do that periodically.  Things change over time and it is not like Wisconsin or Nebraska can't be just as good as anyone in the other division on any given year. -- The Daily Gopher

I'm not really scared of future Penn State because I think Michigan has enough upward trajectory that Penn State will lag behind as the roster fills out again (Michigan is nearly out of the roster-induced rut).  Penn State should be good in the future - and it looks like Christian Hackenberg will be enough to make the Nittany Lions competitive in the immediate future - but its hard to say how long it will take before Penn State gets back to normal, and if Bill O'Brien sticks it out if better jobs come open.  As for adjusting the divisional lineups, anything that gives the Big Ten powers at be another chance to rename the divisions is a terrible idea. -- Zach Travis, MnB

I'm only scared of future Penn State if BOB stays put in Happy Valley.  The relaxing of the sanctions imposed on Penn State probably increases the chances of him remaining at PSU for a while, but I'm still not convinced he'll be able to resist the siren song of the NFL.  As far as remixing the divisions... no.  Geography makes too much damn sense to abandon.  If Penn State reaches some of their historical heights under BOB and Ohio State and Michigan continue be flagbearers for the Big Ten, so be it.  The SEC seems to have done just fine lately with one division loaded with powerhouses.  The only reason I would ever advocate any sort of divisional shifting is if the Big Ten expands again.  New teams would probably necessitate some juggling of their current divisional line-ups. -- RossWB, BHGP

Two people endorsed some switching: Chris from The Only Colors, perhaps just trying to get Michigan State out of the strong side of the conference, and Matt from LGHL, who has emerged as our group's renegade.

I am terrified, and I've been a big booster of swapping MSU for Purdue. It's great for Penn State, but 4 of the league's top 6 teams are already in one division, and Maryland and Rutgers may be joining the league playing a much higher caliber of football than previously expected. Three, maybe four of the worst teams in the B1G will be in the West as well. It's not a good competitive balance, and as Penn State grows, it will get worse. #PrayForIndiana Matt Brown, LGHL

3. Nine B1G teams have three or four wins, and Illinois can get there by beating Miami (OH). How many B1G teams are going bowling?

Michigan State: Probably, but, you never know with their offense

Iowa: Some viewed this week's Floyd of Rosedale matchup as a bowl play-in game.