From Thursday to Saturday, every Big Ten Team grew up a little bit. One of the most overused phrases of the offseason was the idea that there were some, "Grown Ass Men" being found all over the football landscape. So in honor of all of the terrible cliches that coaches use, I give you the Boy Meets World Edition. There were 14 voters this week. Points reflect 12 points for a 1st place vote, 11 for a 2nd, etc. 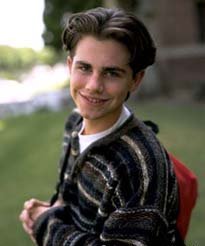 Shawn was always the cool kid. Laid back, a little arrogant at times, and somewhat of a bad boy. While he had a good heart most of the time, he couldn't help but make his success a little more difficult than it needed to be. You know, like vandalizing the school and then learning that you don't need to do bad things when you're as cool/good as he is. Ohio State is not a team without its issues. Some minor - or major - off-the-field incidents over the years plus the annoying din of media blaming everything on Coach Meyer makes this team feel like a bad boy success. The truth is that their play is good enough to take them to where they need to be and while they had a couple years where things didn't quite work out as planned, it seems like everything will work out anyways. 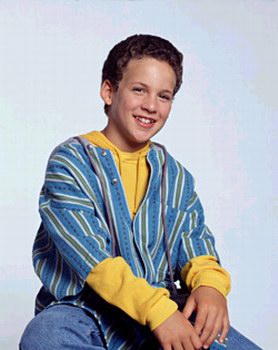 Cory Matthews is the star of the show. A bit whiny at times - especially in Season Two when he realizes that Shawn is the cool kid and he's gotta hang out with Minkus - Cory gives us the vehicle for success in this show. Sure, sometimes you wonder if he is ever going to learn from his mistakes, but as he grows up and learns new things he becomes a pretty successful guy. Heck, he even has a new spinoff coming up! Michigan has been kind of in the same boat. Sure, they have had bouts of success, and really they are the star of the conference in many ways, but sometimes mistakes trip them up and they have to relearn lessons. With a new fancy QB and a stifling defense, this year looks to be the year they grow up to be men... Michigan Men. Week One looked good, only 11 more where those came from. 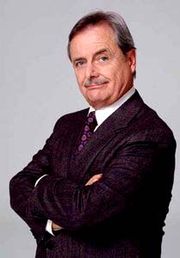 Often an underrated sideplot in the Boy Meets World show, Feeny was the constant. He was quick to give advice to everyone, made sure he was a great story arc in each show, and gave us the best chance for a moral of the story. Everyone needed Feeny, even though the show was most definitely focused on Cory and Shawn. Similarly, Wisconsin has been somewhat of a constant for a while now. All they do is make Rose Bowls and run over teams, but quite a few people thought they were going to be down and out. What do the Badgers do? Go out and curbstomp UMass. This is a team that looks to be here for the long haul 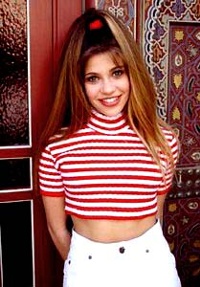 First off, Topanga was every boy my age's dream girl. Why? She was smart, she was often funny, she was the conscience of the show, and she was sneaky-attractive. There was very little keeping her from her unrequited success, you know, except her own ability to overthink or lose against all odds. Nonetheless, she was the darling of the show. Right now, Northwestern is also the darling of the conference and are getting all sorts of positive press from all angles. Will their great offense and sneaky-decent defense be enough to take them to the next level or will this be a team that manages to continually snatch defeat out of the jaws of victory? Avoiding a slip-up against Cal in a ridiculously scheduled night game was step one towards moving forward. Fitz is building something great out there. 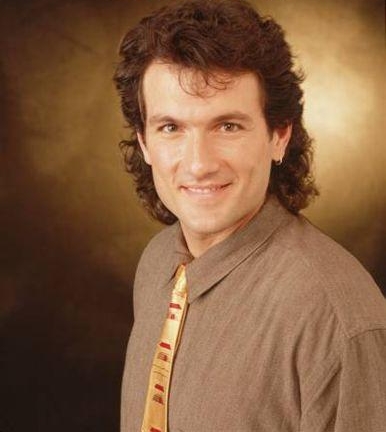 Mr. Turner always struck me as a guy who had it all, but really had his best days behind him. Sometime late in the show, he got in a motorcycle accident and his general usefulness to the series became moot, but that didn't overshadow his obvious influence over all of the people in his life - including Shawn, Cory, and Mr. Feeny. Nebraska might very well have had their best days as well. At minimum, nobody is scared of the blackshirts right now. Still, with a high powered offense and enough talent on defense, there is time to right the ship. They may not be on top of their game right now, but don't count them out in the race to the finish. 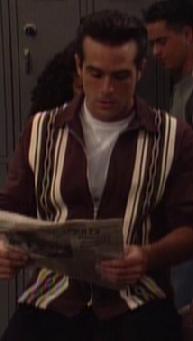 Harley was the king bully of the show. He was good at putting kids in lockers and repeating the Senior Year. The thing is, he was a softie at heart and he eventually was shipped off because he didn't have anything but a defensive temperament that really was his best offense. Michigan State won last week, but the offense looks about as good as it did last year - which is to say that Michigan State's offense is its defense. They may bully offenses in the Big Ten, but unless they figure out how to move the ball down the field, this team is destined to waste one of the best defenses the B1G has seen. 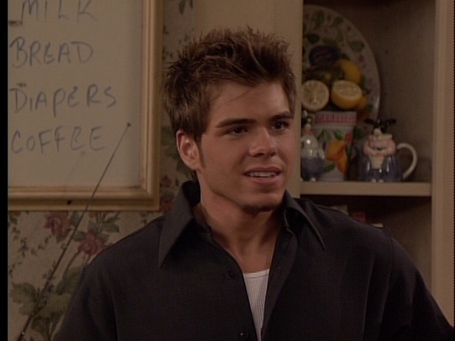 Late to the party, Jack is Shawn's half-brother who has some dubious past issues but has turned a new leaf to really be an honorable and responsible guy. He was kind of a weird throw-in to the mix of the show at times, but when he was spotlighted, he really proved to be an important part to the mix - helping both Shawn and Eric over and over again. Penn State has been kind of hard to really decipher the past year and a half. With BOB at the helms, it feels like only good things can happen, but Penn State is still kind of in the wings at this point. As True Fr. Christian Hackenberg gets his legs under him, this is a team that can really make some noise. You know, in the regular season at least. 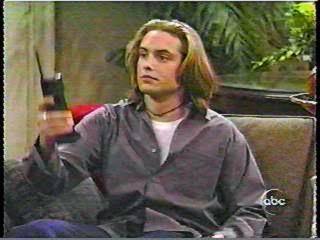 Eric was just the best. He was the comedy relief in the midst of teen angst. He was kind of smart, and really not smart at all. You knew he did a few things really well to succeed, and you really wanted him to get to the next level in life. Indiana does a few things really well, and by a few I mean they do offense really well. The question is still out there on the defense however. They beat up on a team they were supposed to beat up on and did it by scoring a ridiculous amount of points. If they keep it up, they might actually get to a bowl this season. If that defense gets shored up, then look out, this team is going places. 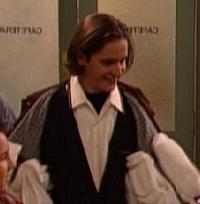 The rodent-nicknamed Joey Epstein was always the lackey. While not as much a bully as Harley, Joey epitomized that hyper sidekick that really wanted to make the mainstage and do something great. After spending time as the proverbial punching bag for someone else over and over, Joey eventually tries to do things on his own. I'm not convinced it ever works out for him, but he seemed to just be a kid looking to find his identity. Minnesota has a really tough road ahead of them. Their defense looks to be a strength under Jerry Kill, but that offense still has quite a few kinds to iron out. A win is a win, though, and after years of losing tough games like UNLV, it was nice to see a decent spread when the clock struck 0. Hopefully they can keep that up. 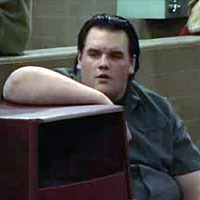 Frankie was the big guy who had a lot to offer the world but never got the chance. Another lackey looking for an identity in the unfair world of high school, Frankie is both a poet and a wrestler at heart. But, he is also trying to shed both of those identities and get some respect as a bully. When he can't make up his mind, it's often a messy thing that just kind of breaks your heart. Iowa seemed to look a lot better on Saturday against a very good NIU time, but that offense still has an identity crisis and the secondary looked absolutely putrid at times. Sure, they have the pedigree to be something good still, but until they figure out who they are, this is a team that is destined to hang out in the bottom of the power polls. 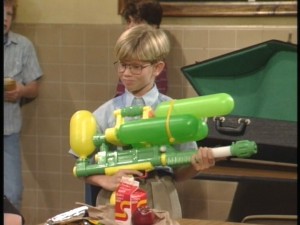 Minkus. Poor kid was the nerd of the show among a sea of awkward and flawed characters. Even his name was a little unfortunate and rolled off the tongue with as much disdain as another much maligned TV Character - Newman. Every time you turned around, it felt like Minkus was kind of a bad guy to Cory and Shawn even though you gotta admit he was probably tormented more than everyone else combined. Minkus couldn't have a lot of nice things, although once he finished at the top and surprised everyone for a moment. Illinois is looking to bounce back after what is an awful 18 game stretch. They did scratch out a win against Southern Illinois, but that's not going to give anyone a lot of comfort. A big test awaits this week. Keep it close against Cincinnati and show improvement and we'll give Beckman a break. Lose badly? Well, like we've said before... Nice things, Illinois, etc. 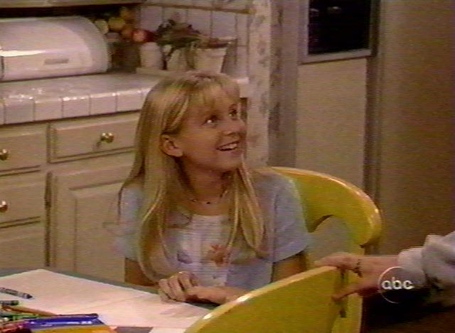 Arguably the best moment in the show came in Season 3, just as avid viewers wondered if Morgan even existed. She comes down the stairs, everyone kind of looks at her awkwardly and she basically says she's been in timeout for like eight months. It was a great running joke on her general whereabouts as a real person in the Matthews family. Purdue also seems like it doesn't exist at times, but with the hire of Darrell Hazell, it felt like the tide was turning. Optimism was abounding and they were suddenly a pretty 'cute' team to follow. Then Cincinnati happened and we now find Purdue at the bottom of the heap trying to prove they really do exist. We're all not so sure.

Boy Meets World - and all of the characters and images used above - are from ABC and the Disney Group. You can watch reruns of the show if you wake up really early in the morning and turn on ABC Family. Also, this was the greatest childhood show ever. Just saying.