Three B1G Questions, Week 2: Will we miss the FCS?

After the Big Ten had THE BEST RECORD OF ANY CONFERENCE in Week 1, we look ahead to Michigan-Notre Dame and an otherwise easy slate -- and wonder whether or not those FCS games mean anything after a historic set of non-B1G upsets.

Share All sharing options for: Three B1G Questions, Week 2: Will we miss the FCS?

LET'S LOOK AT THEM NON-CONFERENCE STANDINGS

Let's get to that roundtable!

1. 10-2 last week, but some of those wins looked not so great. Who had the worst overall outing, and who looked worst in comparison to your expectations for them?

Last week, when I asked the crew for the B1G team they felt was most likely to lose Week 1, they generally said Purdue. Even so, the 42-7 stomping Cincinnati hung on them was a bit much.

I didn't expect them to beat Cincinnati, but also didn't expect the Bearcats to make them look like a low-level FCS squad either. I'm not even certain I would pick the Boilermakers over the Illini after what they showed on Saturday. Darrell Hazell was an absolute miracle-worker at Kent State. It appears he'll have his work cut out for him once again. -- Jared Slanina, Black Shoe Diaries

I think Cincinnati's a better team than Purdue, but I didn't think they were that much better than Purdue. I mean, the only touchdown Purdue could even manage only happen because of a muffed punt. And four of the Bearcats five touchdown drives were of 70 yards or more. - Tom Fornelli, The Champaign Room

Even Travis from Hammer and Rails had to get in on the self-hate:

In terms of worst performance compared to expectations I have to go with Purdue. Purdue fans were hyped up and convinced we were going to be at least competitive. instead, it was the worst non-conference, non-Notre Dame loss in 30 years (Miami (FL) beat Purdue 35-0 in 1983). Purdue had a disastrous third quarter and had only six offensive plays (three incompletions, a pick-6, a fumble, and kneel down) between tying it at 7-7 and trailing 28-7.

I expected far better. Rob Henry probably could not have played worse and fans are already calling for his benching.

NOPE, STILL NOT TIRED OF POSTING THIS:

We also got some love -- is love the right word? -- for Illinois:

When it comes to who had the worst overall day in a win, it just has to be Illinois. Sneaking past an FCS team after letting it outscore you 27-17 over the second half is as ugly as it gets. But we all knew Illinois would be terrible, so part of me is surprised the Illini managed a win here. -- Zach Travis, Maize N Brew

What we want from Week 2 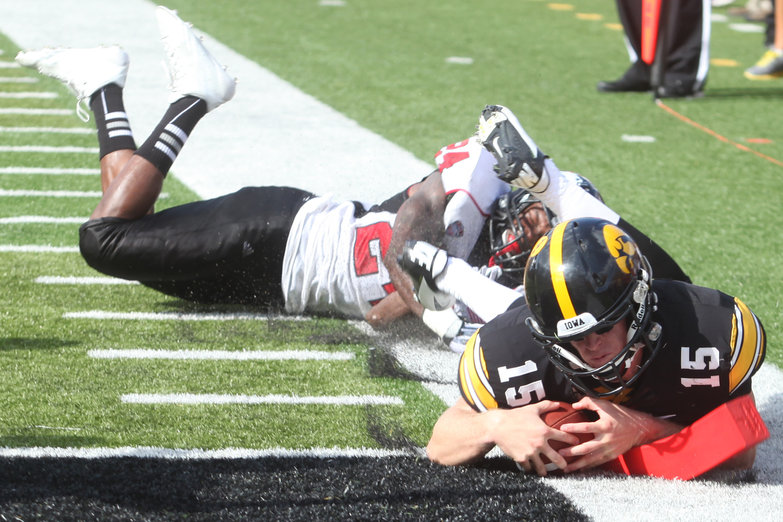 Looking at this week's slate of games and the optimal B1G outcome.

The Daily Gopher couldn't decide between the two:

I'm not sure how much commentary is necessary but I think they are easily the bottom 2 teams in the Big Ten. Too bad for the Gophers we don't get to play either of them, Thanks Mr. Delany!

When it came to who played the worst compared to expectations, there were two answers besides Purdue, and both came from Legends Division contenders that needed to eke out wins:

I think the team that actually looked the WORST, compared to their expectations, was Nebraska. This is a team that, on paper, is projected to compete for a division title, and their defense was supposed to have improved. Instead, they gave up over 600 yards to an okay Wyoming team that probably isn't even in the top 3 teams in the Mountain West. No disrespect to Brett Smith (i think that's his name?, but if Nebraska can't handle him, Michigan and Northwestern will destroy them. -- Matt Brown, Land-Grant Holy Land

And back on the self-hate train:

Worst performance compared to expectations had to be MSU. The defense outscored the offense in an uncomfortable win over Western Michigan. You say the offense couldn't get worse than last year? Well, it did. -- Chris Vannini, The Only Colors

2. The era of B1G teams playing FCS opponents is almost gone, and I think we're all okay with it. Can you remember anything good coming out of one of these games? Will you miss any part of them a little bit?

Some rather interesting answers here, as I expected straight up GAH THEY'RE BORING AND AWFUL AND NOBODY GOES TO THEM OR WATCHES THEM. I mean, we still mainly got that, but there are some legit reasons to not want these games to disappear. Matt from LGHL gave the most convincing argument I've heard yet for keeping them on the sked:

I'm a big skeptic of the Big Ten bouncing FCS games from the slate, and I wrote about it a few months ago. Seems even more relevant now: Let's not kid ourselves. There are FCS teams that are better than several FBS teams. If your goal as a program is to play the best *football teams* that budgets and logistics allows, I'd rather my squad play NDSU or Illinois State instead of Eastern Michigan or UMASS. These games also act as a downward price pressure on the cost of noncon games. With FCS out of the picture, scheduling a smaller team will be more expensive.

Especially after a Week 1 where the FCS made history, we heard some legit love for these games:

If you asked me this a week ago, I'd say nothing good came of these games except the opportunity for the starters to get some rest and the guys buried on the depth chart to get some live-game experience. But watching the ends of the North Dakota State - Kanas State and Eastern Washington - Oregon State games had a real "March Madness" feel to them. Maybe last week was a fluke, but these games could be quite entertaining if parity is growing between the BCS conferences and the higher-ups in FCS. Jared Slanina, Black Shoe Diaries

And we'll miss some of the opponents!

They're dumb and mostly useless, but I do enjoy getting to see Indiana State every couple of years. No, they aren't the greatest football program in the world, but their basketball can't compete either. So football is the one real opportunity for the major sports to play each other. It's fun for the state as long as Indiana State doesn't actually win. AJ, The Crimson Quarry 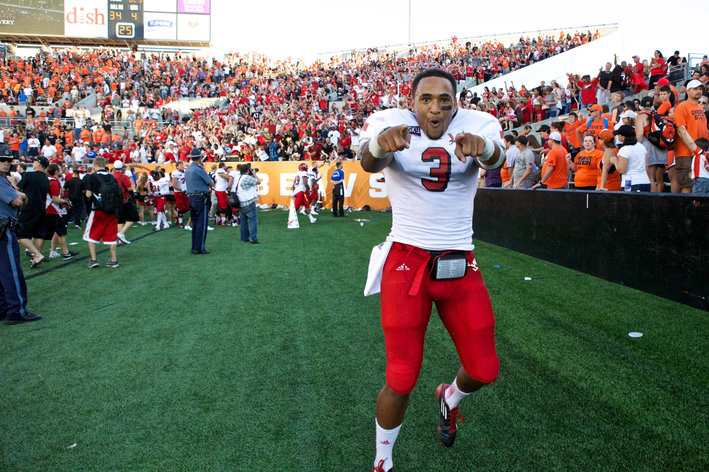 As a Michigan fan, Zach from Maize n Brew was able to give a level-headed reply:

Of course, Michigan has to play Appilachian State next year in the season opener, because the athletic department actually hates all Michigan fans and wants to make them revisit one of the worst college football games of all time. As far as I'm concerned, the Big Ten should have gotten rid of these years ago and saved me a lot of headache. I guess the only downside to getting rid of these games is that if so many Big Ten teams can't make it past FCS teams, what the hell are they going to do when they are forced to play against MAC teams all the time instead?

THINK OF THE GEOGRAPHY LESSONS!

Hmmmm.... the only thing I can point out as a positive is that Americans get to learn about new places. Before last weekend, how many people actually knew that North Dakota was a place? Eastern Washington, sure, but who knew that the nation's capital was so big that there was a classification between Eastern Washington and the rest of it? Appalachian State - before they beat Michigan I never knew there was a state of Appalachia. I just thought it was myth, a place where people distilled spirits and eschewed modern technology.

How will your average American learn about new places now that these games are going away! Towson! I'm not even sure what it is but it sounds like an exciting new land where real estate may not yet have been developed! Jon, Corn Nation

Chris from The Only Colors probably gave the most honest answer:

MSU had an offense in these games. Those were the day.

3. Let's play the same game we played last week! There's another glut of cupcakes this week -- who's most likely to lose? (Note: it might not be the team playing a top 25 opponent.)

After seeing Cincinnati destroy Purdue, I think Illinois is toast, but it seems to be against the spirit of this question to pick Illinois (ditto Iowa). -- Zach Travis, Maize N Brew

The 1-11ini were mentioned in all but one set of responses, although, no, you're not exactly breaking ground with that one. The next most common amongst people who provided second options was Indiana against an option squad in Navy:

Sure, look at the shiny 73 points all you want, but the Hoosiers lost to Navy last season and have a real hard time stopping the run. -- Tom Fornelli, The Champaign Room

Although Michigan faces a tough Notre Dame team in this week's College Gameday game, we only got one mention of the Wolverines:

This isn't saying anything about Michigan, but more about who their opponent is. Fingers crossed that doesn't happen. I hate Notre Dame. -- AJ, The Crimson Quarry

And our boldest pick of the week belongs to... SELF-HATE!

With Nebraska's defense, anything can happen against Southern Miss... if you really want to see an entire fan base melt down, I'd pay attention to that one -- Jon, Corn Nation