You know this paragraph we always do here? Well, we're going to retire that until next year. Instead, here is the disclaimer for what happens next. There are spoilers about the show Breaking Bad in this piece. It is inevitable, and while I will do all I can to keep this final season out of this Power Poll, I am just telling you right now that I cannot control what comments may come. Also, just go ahead and assume you should use spoiler text when discussing Breaking Bad. Otherwise we might label you a jerk. Are we clear about this? THERE ARE SPOILERS! IF YOU DO NOT WANT TO HAVE IDEAS ABOUT WHAT HAPPENS IN THIS SHOW AND HAVE MANAGED TO DO SO TO THIS POINT, DO NOT CONTINUE. NO YELLING AT ME. SERIOUSLY.

I have been hinting at it for months now. In fact, I have almost used Breaking Bad twice, but it didn't feel right and I still do feel a little bad about how much Spoiler-ness may come. Then I thought about it a little bit more. A show that was broadcast a while ago already and I'm not even going to use characters/information from the fifth season? No worries. Also, there is something wonderfully midwest about a show that takes place in a desert focused on a really smart guy underachieving and some meth. With that said, here is the OTE Post-Bowl Power Poll!!!

General points of order: With Ted out and people on vacations and such, we're down to eight votes on this poll. No worries, though, it's probably about what you'd expect.

You had us all worried when the series started. You were a goofy, not-put-together person with quite a bit of wasted potential. In fact, your passivity on offense got many of us thinking that you'd be pushed around by lots of bullies, students, and car wash owners alike. Then something snapped in you, and your genius rose to the surface. You ended up being a green-clad, meth making, druglord who scared everyone from your home over to the other territories. Now everyone knows your name. 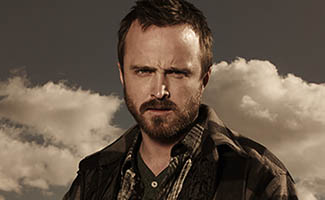 Everything just seems great for you until it doesn't. Then you are living the dream of the big druglord, just chilling in your house with all of your fancy toys - or five star lineman - and nothing but a sad group of fanboys and some depressing looking stacks of pizza boxes. Honestly, I almost am sympathetic to your cause. Then I remember how you're kind of an obnoxious, mouthy, meth-addled semi-genius. Then I can continue hoping only bad things happen to you... because you were already bad in the first place.

You look like a nice enough guy, but you have been behind one of the largest drug organizations in the nation. How do you front it? With a fried chicken establishment of course. You are a badass who doesn't really hesitate to murder another person. You have resources, a history of taking over, and you also have a spectacularly bad end. In fact, that is what most people will remember you for - your bloody half-melted face. So uh, congratulations on the respect until that point I guess?

From the moment this season started, we thought you were one cocky SOB. The way you like to show your guns - kind of like that fancy Taylor Martinez - to all the people at the party. Then you got into action, and we were mostly sure that you were some sort of egotistical jackass who nobody liked and who took credit for all of those great drug busts of yesterday. Of course, you're a little smarter than everyone thought and you're onto that meth cook with the signature blue color. Sure, it has cost you a few bullets to the hip, the psychological mess of seeing a man's head explode along with a lot of your friends, and you can't walk so great, but you're onto something.

You epitomize doing what people expect of you. You beat people up who have less experience and abilities than you, and in general you acquiesce to those who have more power than you. No one doubts your abilities, but there is a reason you are an accessory to crimes instead of the mastermind. Still, there is no shame in being good at what you do, and the future looks bright for you at this moment. Maybe need to start acting a little more proactive, though. You never know when things can come crashing down all around you. You are difficult to read. You're quirky attitude and IDGAF way about you makes you a good friend and a really bad enemy. You fix things - including yourself - as the series goes along, but we never know if you are going to win or lose in any situation. Sure, you might just be a lackey in the program, but you're on the rise. At minimum, most everyone likes you well enough, so you got that going for you.

In general, you're a pretty competent guy. You do a good job as a DEA agent, and you and your buddy Hank seem to be doing all you can to catch the bad guys. But you also are only as good as those around you and it seems like your playing with a half-deck most of the time. If you can get some consistent leadership, maybe you'll come on strong, but that remains to be seen. For now, all you can do is take the jokes from your buddies and dream of the day you're back in charge. 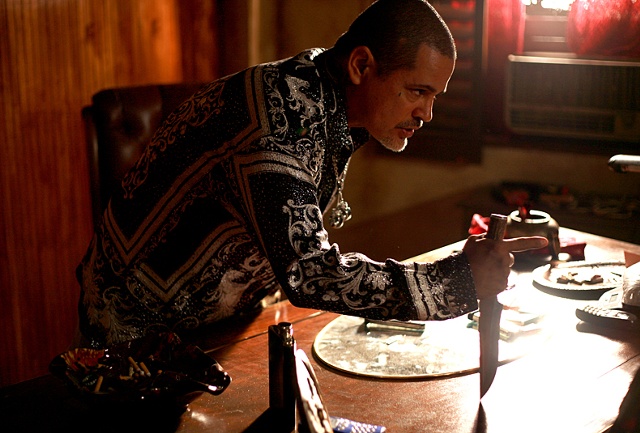 Remember when you ran this game? You were part of the old families and you definitely didn't have to deal with these upstart drug dealers. Then this 'Little Brother' type shows up at your door, blows your HQ all to hell, and now you're a nobody who is destined to die in a gunfight. Yeah, not so much fun being you right now. I would like to say that you have some glorious end, but you don't. You get what everyone expected, and that's maybe worse than death itself. 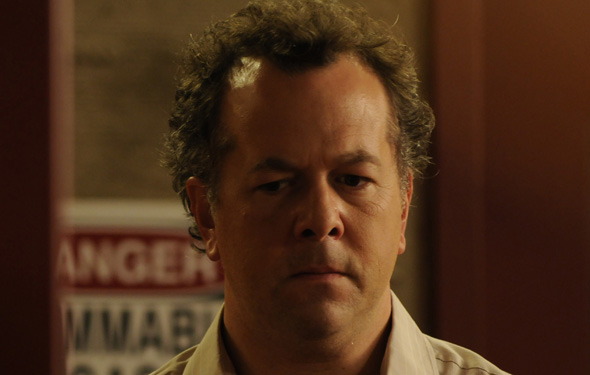 You had so much potential. When we first met you, you were a talented meth cook with the ability to unseat Walter himself. Your notes were impeccable, your ability to cook was second to only Walt, and what made you special was that your skill was almost opposite of his. Then things got rolling and we realized you were a little too trusting, too naive, and ultimately you were shot when you answered the door. 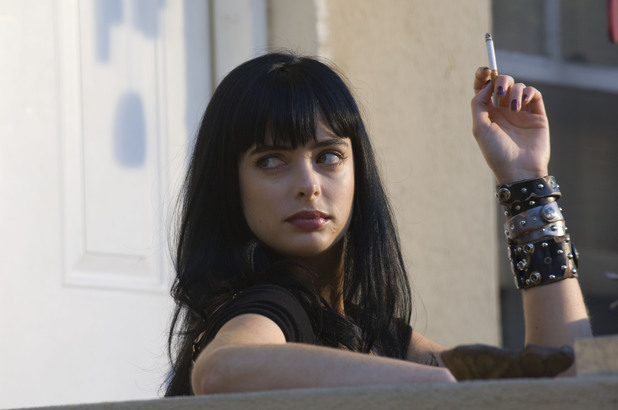 You seemed like you would be a great character when we met you initially. You were smart, sassy, and you did things the right way. You were not easily fooled by Jesse Pinkman, and it took a while for you to even let on that you were kind of attracted to the way he did things. Then Jesse was responsible for getting you back into drugs and you eventually die in his bed. Sure, that's mostly because Walt is a terrible human being, but that doesn't change the fact that your death was when you tangled with Jesse. 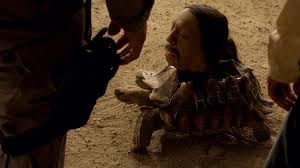 I'm sure that someone, somewhere remembers a time that you were relevant. Then you became a snitch - or just hired some really bad advice-givers *coughtimbeckmanisstillprettyterriblecough* - and you find yourself decapitated with a bomb stuffed in your head as it destroys everything around you. You cannot have nice things apparently, and so ends another awful season in Champaign. 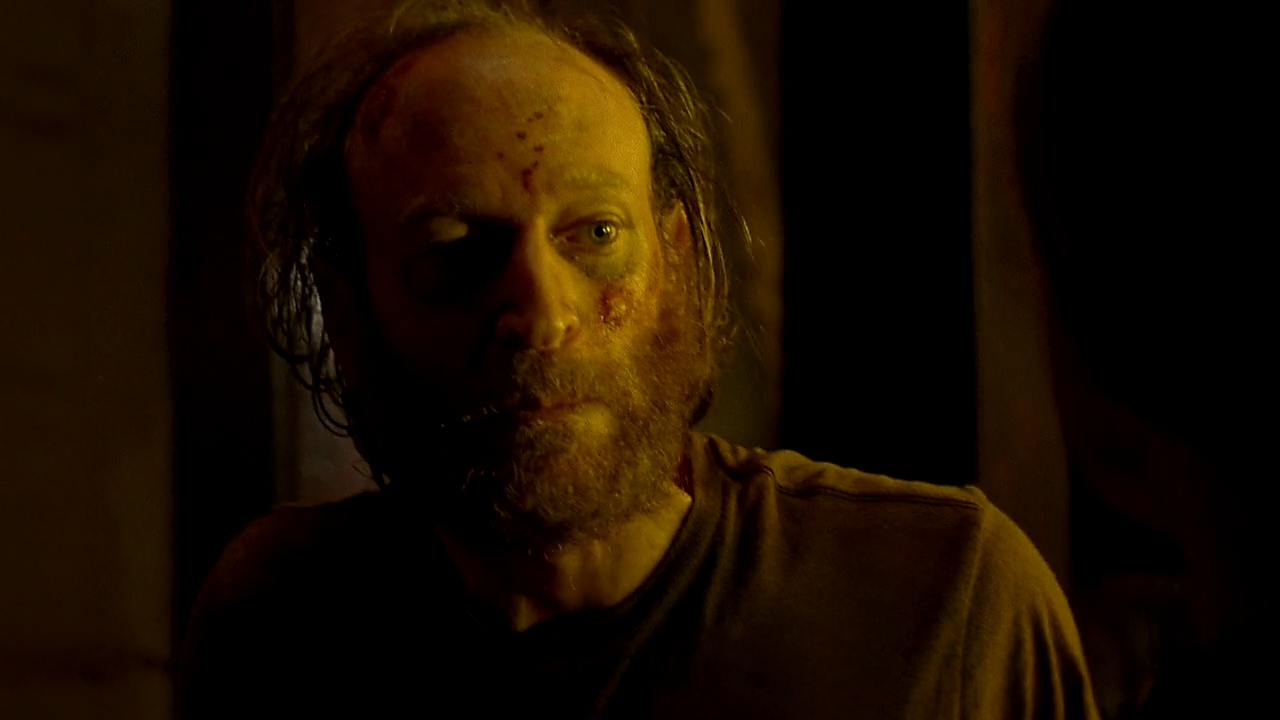 Pretty much everything about you is an embarrassment. You're an ugly meth-addict with an obnoxious wife who also happens to be a meth-addict, and you owe your drug dealer lots of money. So how do you pay that dealer off? With an ATM you can't open. Of course, then you die the worst death by getting splatted by that ATM after your wife pushes it onto you. So that was your season Purdue, death by ATM. Go figure.

DISCLAIMER: Breaking Bad is a wonderful television show on AMC (not FX because that should be obvious to me...) that has won pretty much every award possible. It also deserves all of those awards because it is a ridiculously good show that makes you a Netflix zombie when you start watching it. I obviously own no rights to their images, but you should go support them after reading this because that show is crazy. Also worth noting, it's a little brutal, so uh, if you're not into that sort of thing you probably shouldn't watch it. But I know all of you OTE people like that stuff... right? Right.