The B1G Coach's Corner: A Look at Wisconsin

Share All sharing options for: The B1G Coach's Corner: A Look at Wisconsin

A few questions were asked about Wisconsin and how they play. I wanted to give you some insight into the thought process on how Wisconsin plays and why they have been so successful during Coach Ryan's tenure.

Since the time of Coach Dick Bennett the Badgers have ran the pack line or gap defense. The basic concept is to clog driving lines, contest the 3pt line and keep the ball out of the post. The basic concept deals with this idea of clogging up the passing lane. A typical man to man that you will see will be in denial. Basically this mean that if you are one pass away from the ball you are on and up the passing lane. 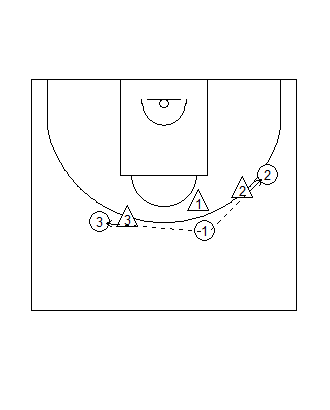 In this diagram you see the denial of the passing lanes. Triangle 2 and 3 are in the passing lane and up the line. They are trying to no allow the ball to be passed to their player.

In this next diagram we will take a look at the pack line or gap philosophy on one pass away. 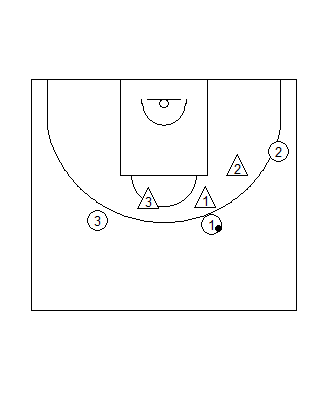 As we look at this diagram you see how the driving lanes for 1 are now very limited. The teaching points of this defense is that there is an imaginary line that is 16 feet from the basket. If you are one pass away you have two feet on the other side of this 16 foot line and you are in the middle of the passing lane. This is called being in the gap. So, as you see this concept is going to really clog up the paint. The person that is one pass away essentially is in help.

As you watch these next two clips watch for this concept of pack line, also watch how hard the Badgers chase screens and defend the three point line. They have a sense of urgency to not allow a 3 point shot. The clips you will see in this breakdown are taken from the Feb 13th game, Wisconsin vs Minnesota.

In this first clip which starts with 43.7 left in the first half, we see #1 Ben Brust chase a screen at the end of the play be in gap and help stop Mathieu drive to the basket.

In this second clip which is with 13 minutes left in the 2nd half, you will see #21 Josh Gasser from Wisconsin chase the shallow cut to the top of the key and work hard to go over the ball screen. And once the ball is passed he is in the gap and helps Traevon Jackson #12 from the badgers as #30 Jackson from Minnesota tries to drive. This helps makes it a tough shot.

The pack line defense is a defense that makes driving to the basket and getting open shots very tough. But as you see Wisconsin has an intensity that makes this happen. The players have to buy into playing this way.

The other part of the Wisconsin philosophy is to make you work hard on defense as well. They are going to set screens and make you work for 25 seconds even 35 seconds of the shot clock. The classic offense that they run is the Swing offense. 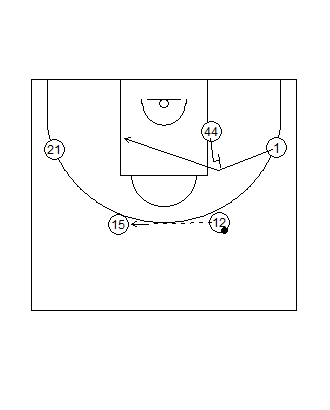 As you watch this clip of the swing offense. You will see it is a modified flex. The screen is happening at the elbow instead of the block. This gives the Badgers great spacing. It also sets up a lot of screens to defend, the screen at the elbow and then down screen. This clip happens with 17 minutes to go in the 2nd half. 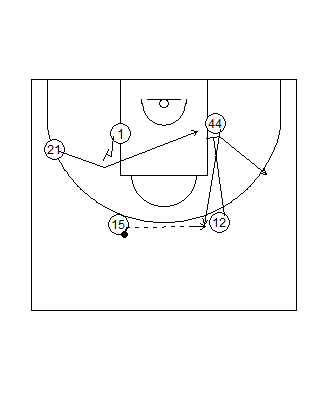 This swing offense will end with a two man game with #21 and Frank Kaminksy #44. 44 scores an and 1. As you see they use a lot of the shot clock and wear down the defense because they have to defend late into the shot clock and all the screens.

Use the Shot Clock

This next clip is a motion set. It starts with 5:31 left in the first half. It has similar spacing to the swing but I saw no real consistent movement. This offense once again is based on setting screens and giving what the defense gives you. Once again look at the shot clock. Wisconsin does a great job of using most of the shot clock and gets a 3 point basket by Sam Dekker #15. 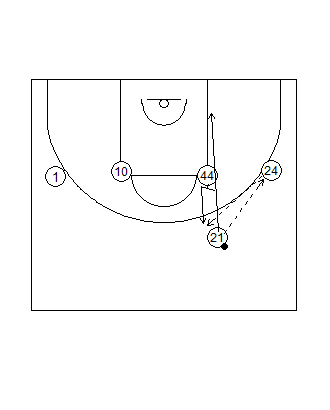 This last one is a set play with a double screen for Brust. The play starts with as a 1-4 high set. #21 passes to #24 Bronson Koeing and uses the UCLA screen from 44 to go to the block. This play happens around a minute left in the first half. 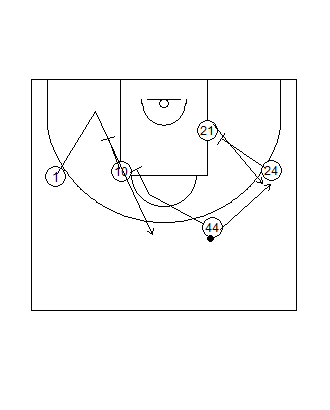 As you see from this break down that both the defense and offense makes the opposing team works. I call this grinding out a win. They are going to make sure the defense works getting through screens and defending for most of the shot clock. Also on defense they try to contest all shots by chasing screens and using the pack line defense to give no clear lanes for penetration.

When Wisconsin struggled early in the B1G play, I think it was because they got away from both the grinding offense and defense. If they keep on having their offense and defense work well with each other, I could see a deep run into March and April for the Badgers.