The (Not So) Great Uniform Debate Part I: Bad Football Uniforms are Bad

Can we all just agree that this alt-uniform craze is getting out of hand?

Share All sharing options for: The (Not So) Great Uniform Debate Part I: Bad Football Uniforms are Bad

We know you're going to weigh in with lots of pictures of uniforms and helmets and whatnot, and we're appreciative of your thoughts and comments. But just to make things a little more readable, a few things:

1. If you don't mind, please resize your images. I know some might consider this an onerous demand, but it would be helpful to making comments more easily read. LincolnParkWildcat's here to help. Insert the bold part into your image post. Either the height or the width, whichever is greater on the original image.

2. If you don't like the images and people aren't changing them, go into your profile, under "Account and Settings," and select "No" for the question "Display images in comments?" If you want to see an image, you can click "Show Image" on the individual one.

Last night, MNWildcat sent an email to our team with a link to Lost Lettermen's tweet:

Once again, the design team at Adidas decided that they were going to add at least four new helmet designs because, well, why not? Of course, that rhetorical question quickly sparked a conversation among our writing team because the answer to 'why not?' is simply, 'because what the hell man.'

So, to commemorate all of the bad uniforms we have seen over the past few years, I have made an arbitrary ranking of the 14 worst (I am including Rutgers and Maryland because OMGTHEHORROROFUAUNIFORMS). Feel free to argue, but this is my post and I'll do what I want. 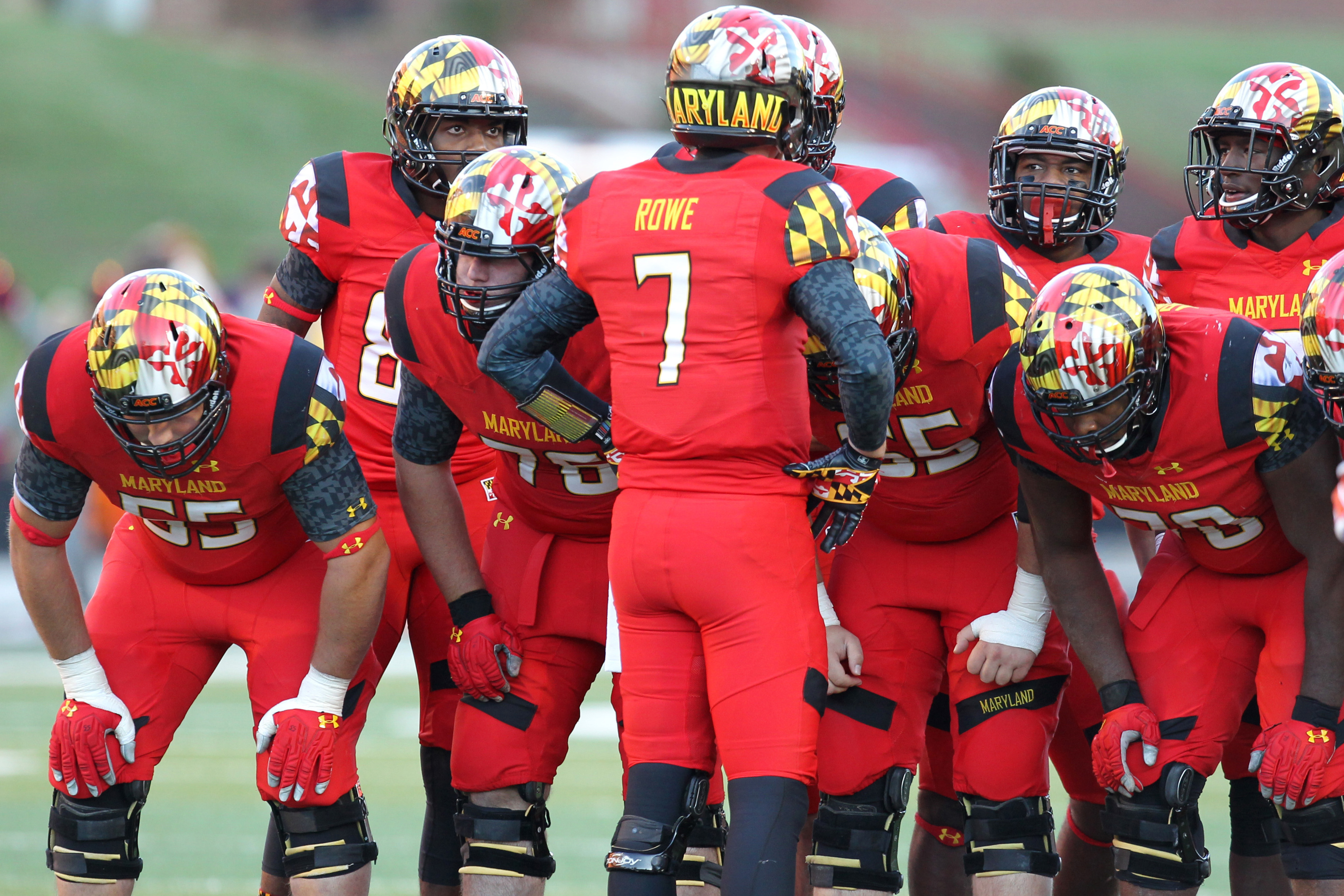 I'm really sure that if I were to poll the greater part of the football watching population, we would all say these were the most obnoxious uniforms in major college football. I get that there are some other appalling uniforms, but these were just kind of the worst. 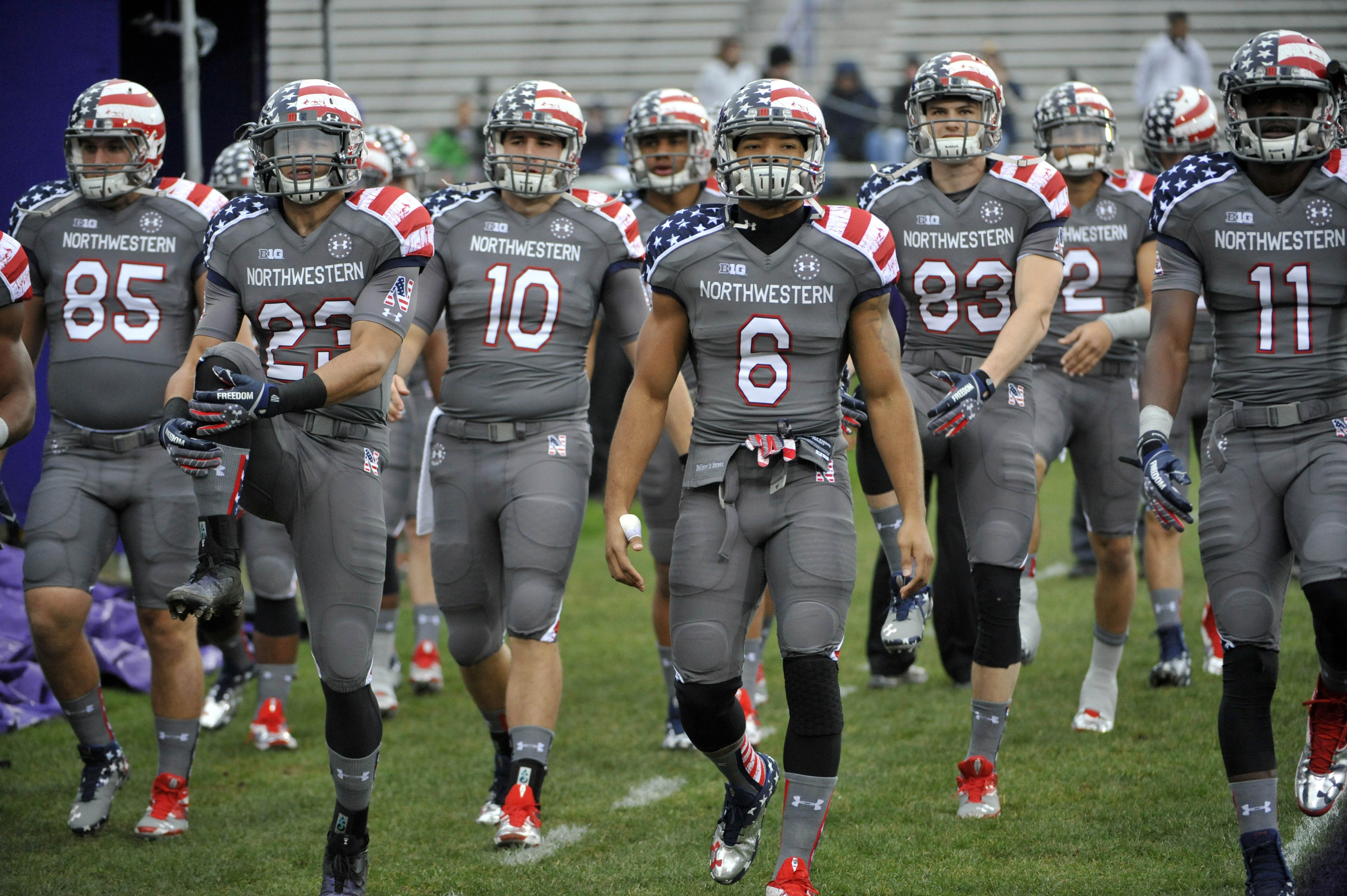 Because they were ugly to begin with. Because they caused a bunch of anger across lots of different groups. Because they have an American flag on the helmet that looks absurd. Because there is literally no school color on it which is a little absurd. 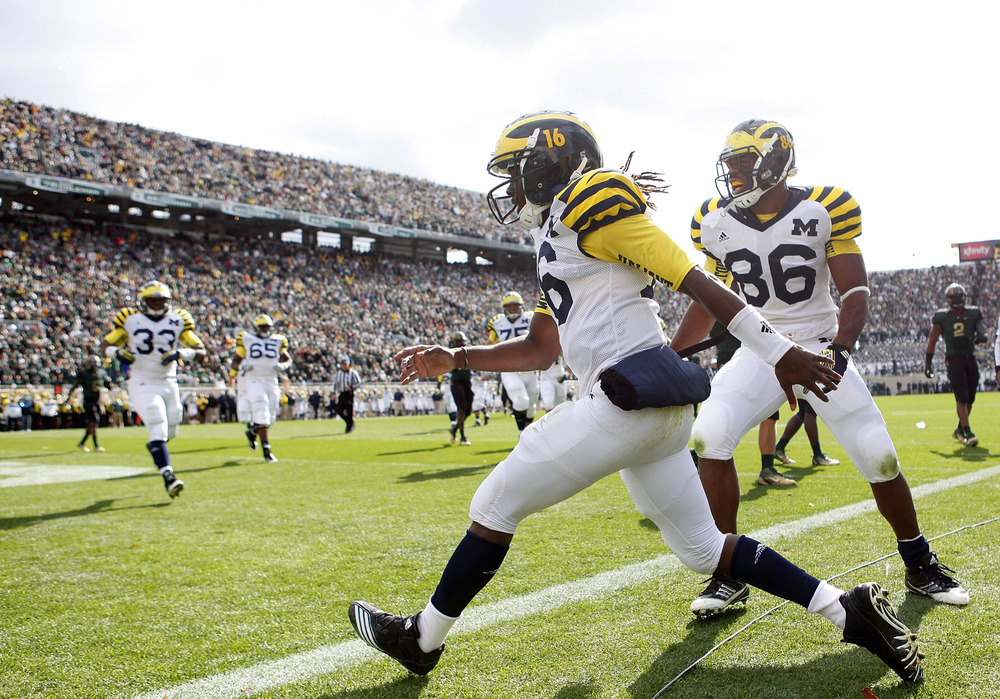 You know, when you go on the road and have white uniforms with bumble bees on your shoulders, you just look ridiculous. These should have been axed on the design table. I have no idea who greenlit this, but they should be fired. 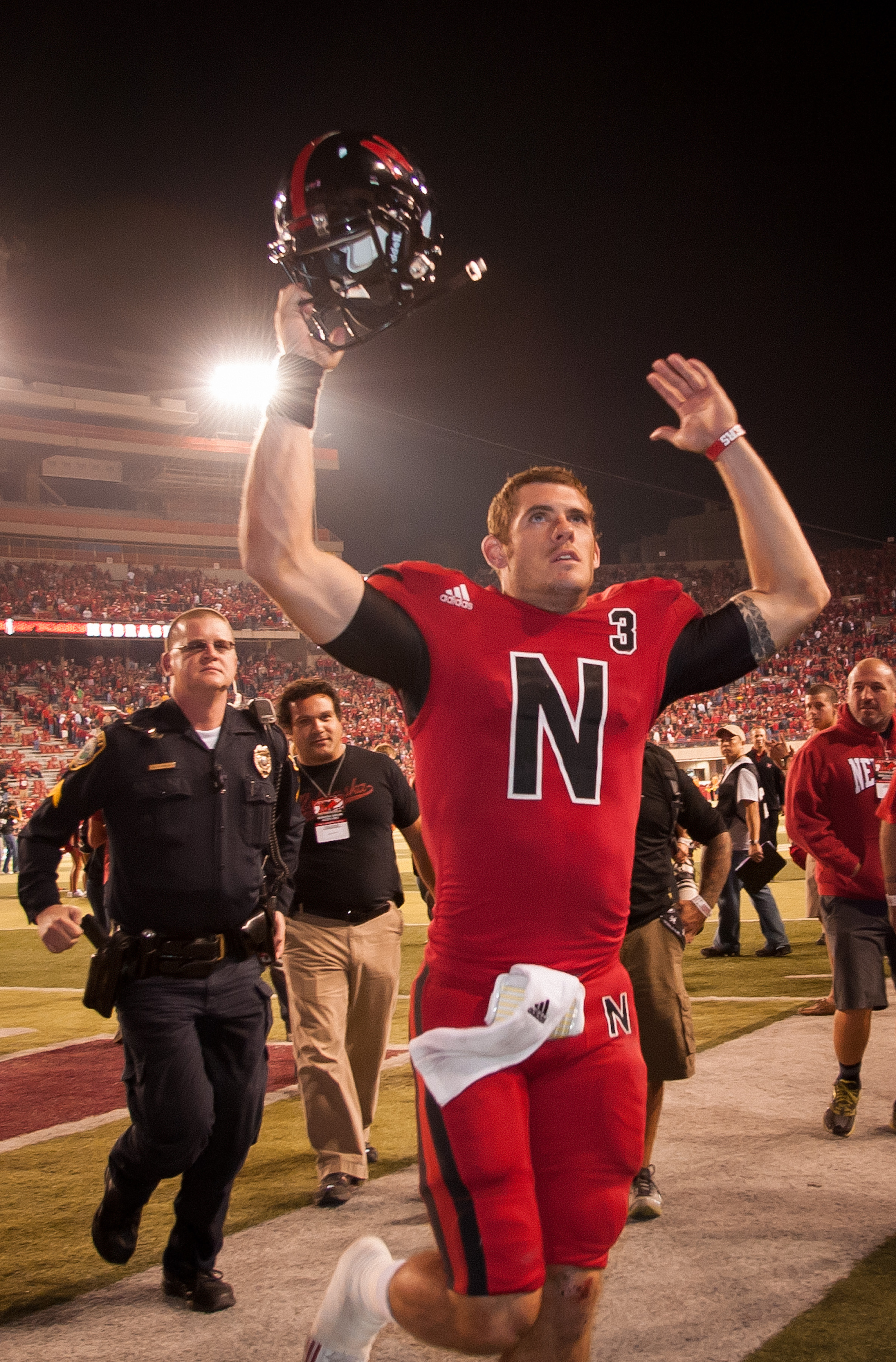 4) Nebraska Whatever Exactly You Nickname These - Adidas

The absurdity of this uniform gets pushed a notch for the stupidity of putting a blank N on the front that emulates that time you put electric tape on your car in the shape of your initials. It wasn't cool then either. 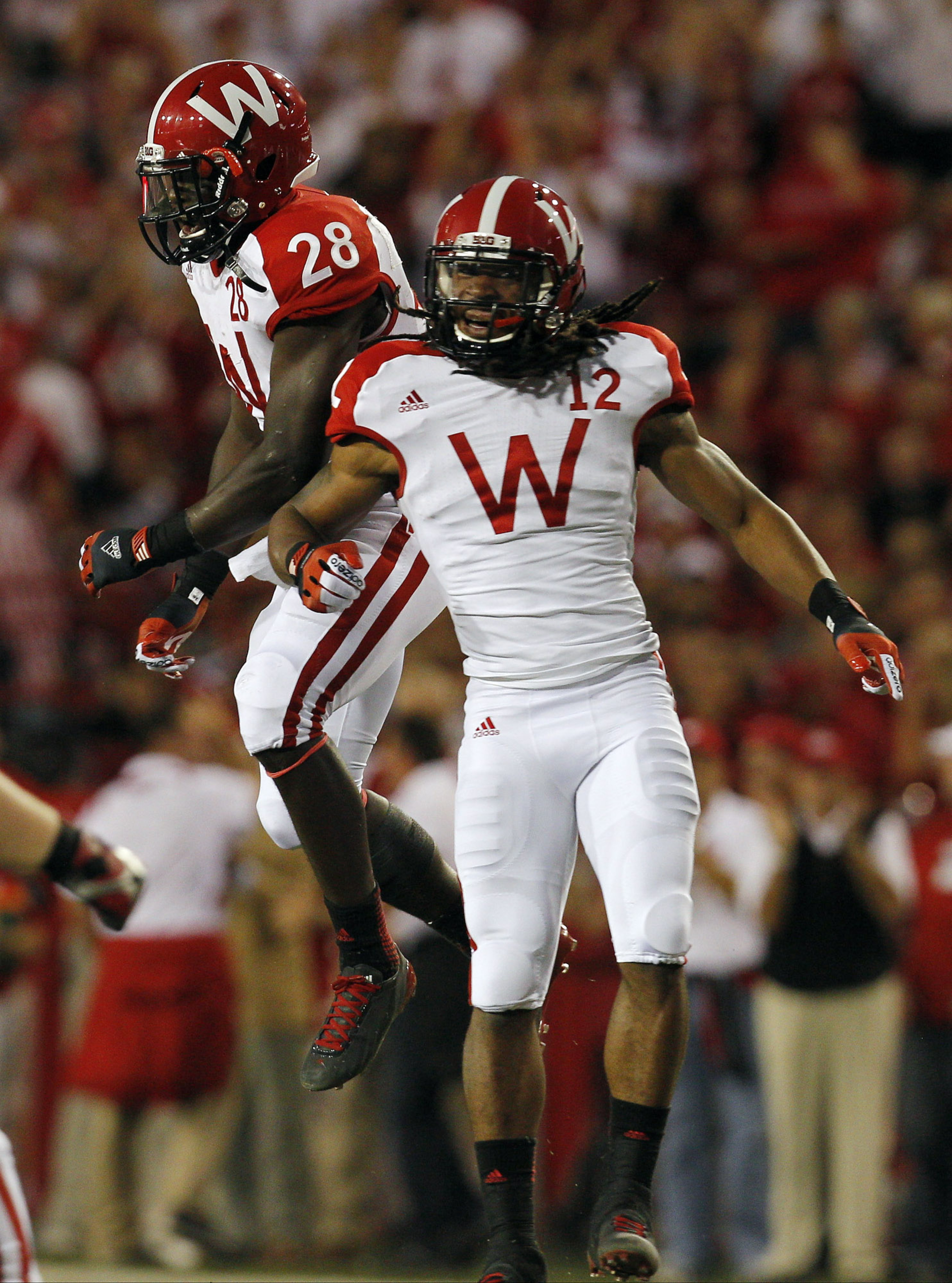 5) Wisonsin Wearing their version of the same thing - Adidas 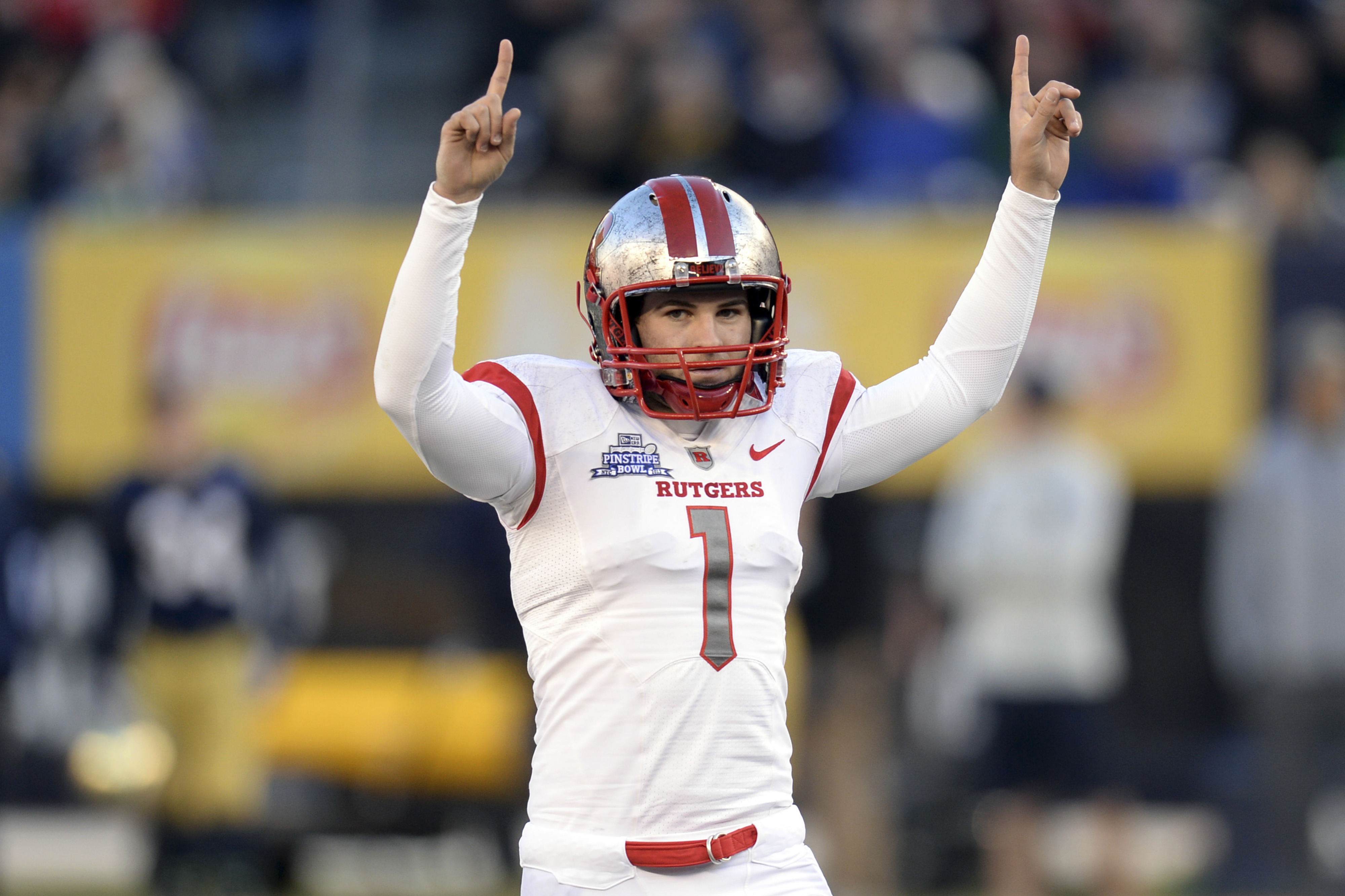 Rutgers gets slated here on the merits of stupid looking helmets. I'm sure someone out there likes that 'R' too, but that 'R' on the mirrored helmet is not good looking at all. Speaking of bad helmets... 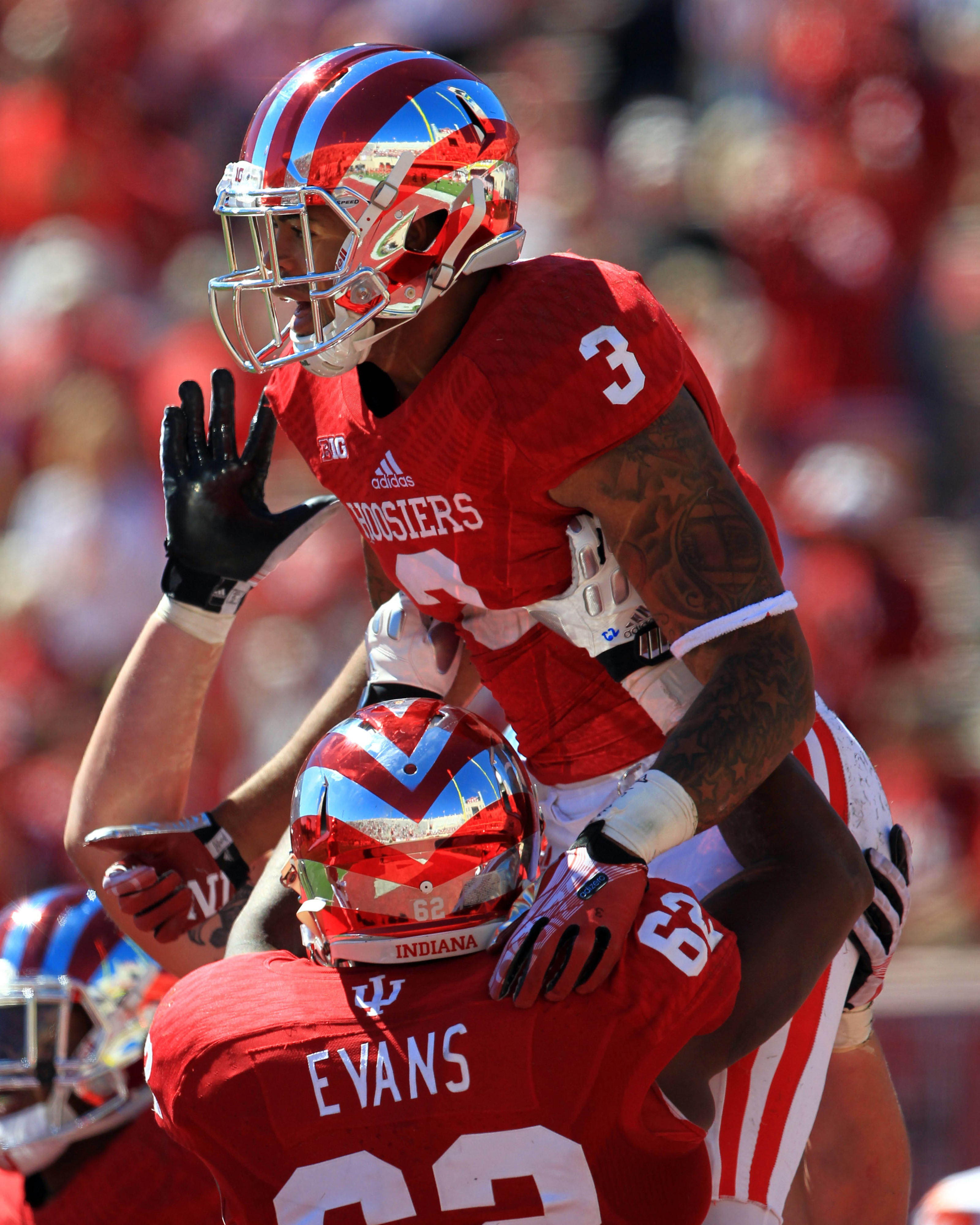 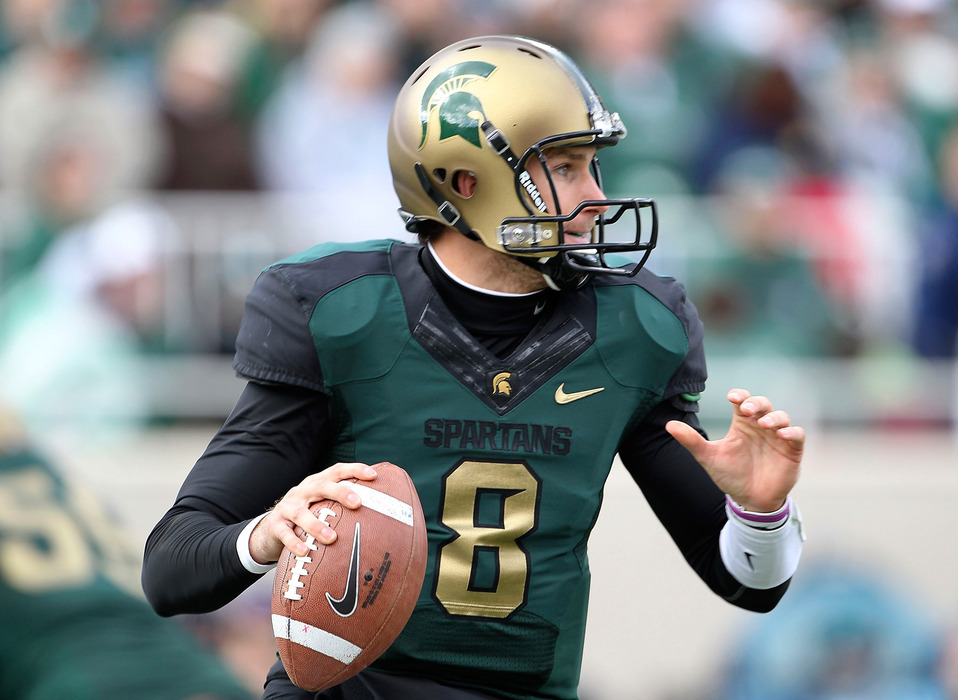 I like that Nike used Michigan State's primary colors when... oh wait. 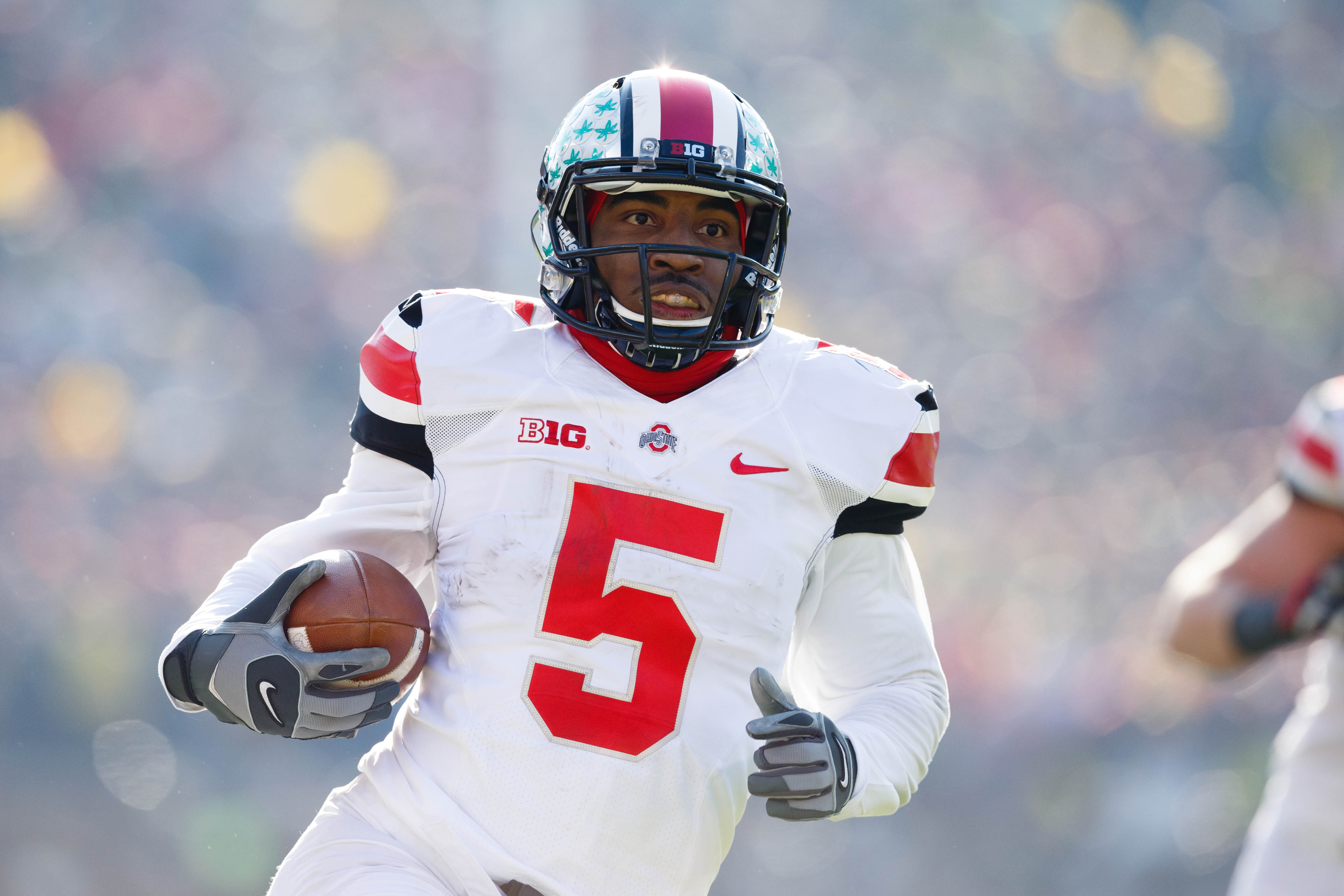 9) Ohio State Pro Combat Stripes and Such and Things and... - Nike

There are so manuy stripes on this helmet and jersey, which is fine I guess, but it looks a little weird. Honestly, in the scheme of things, they could've been a lot worse. Of course, that ignores the fact that they too decided shiny was actually cool looking. Am I weird in thinking shiny looks awful? 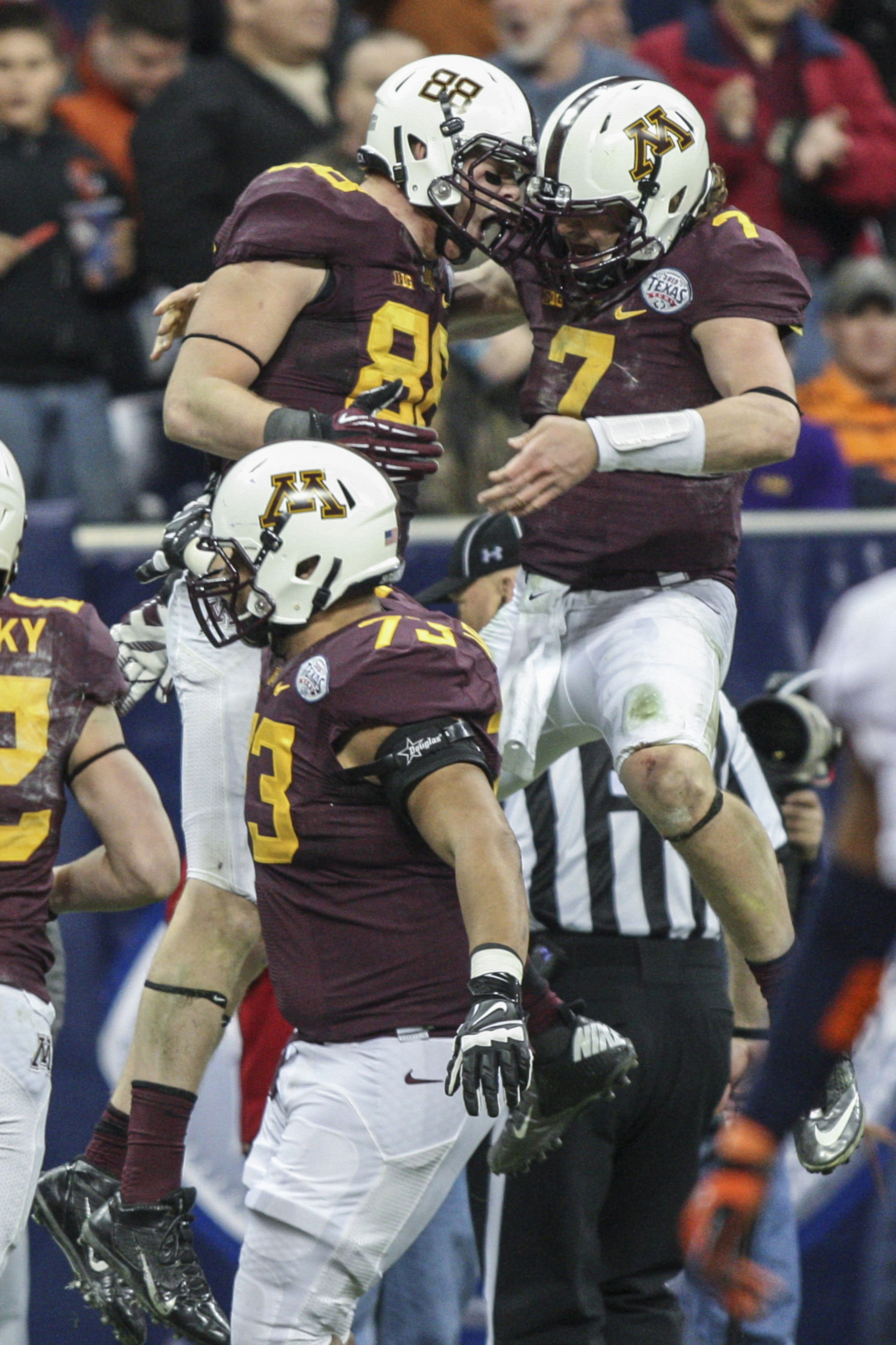 10) Minnesota Pretending to be Wyoming - Nike

Count me among those who think that Nike generally did well with Minnesota's uniforms. The White helmet though? I think it looks kind of ridiculous. 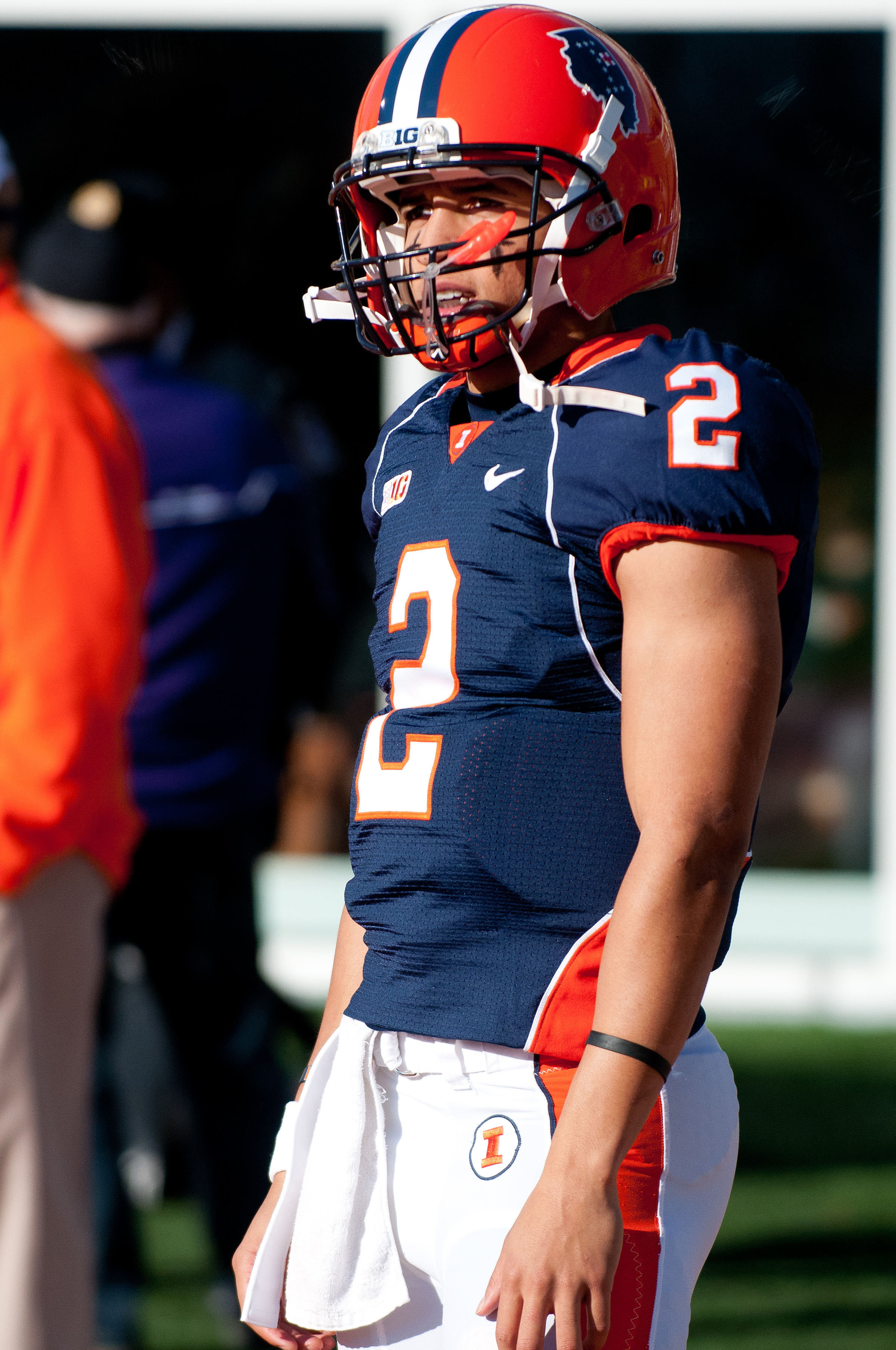 I'm going to assume that the think tank on these helmets was something like:

Designer 1: How about we put the Illinois State Flag on the helmet. You know this! [brings up image on powerpoint]

Designer 2: Damnit... Let's just throw the state outline on the helmets and call it good. 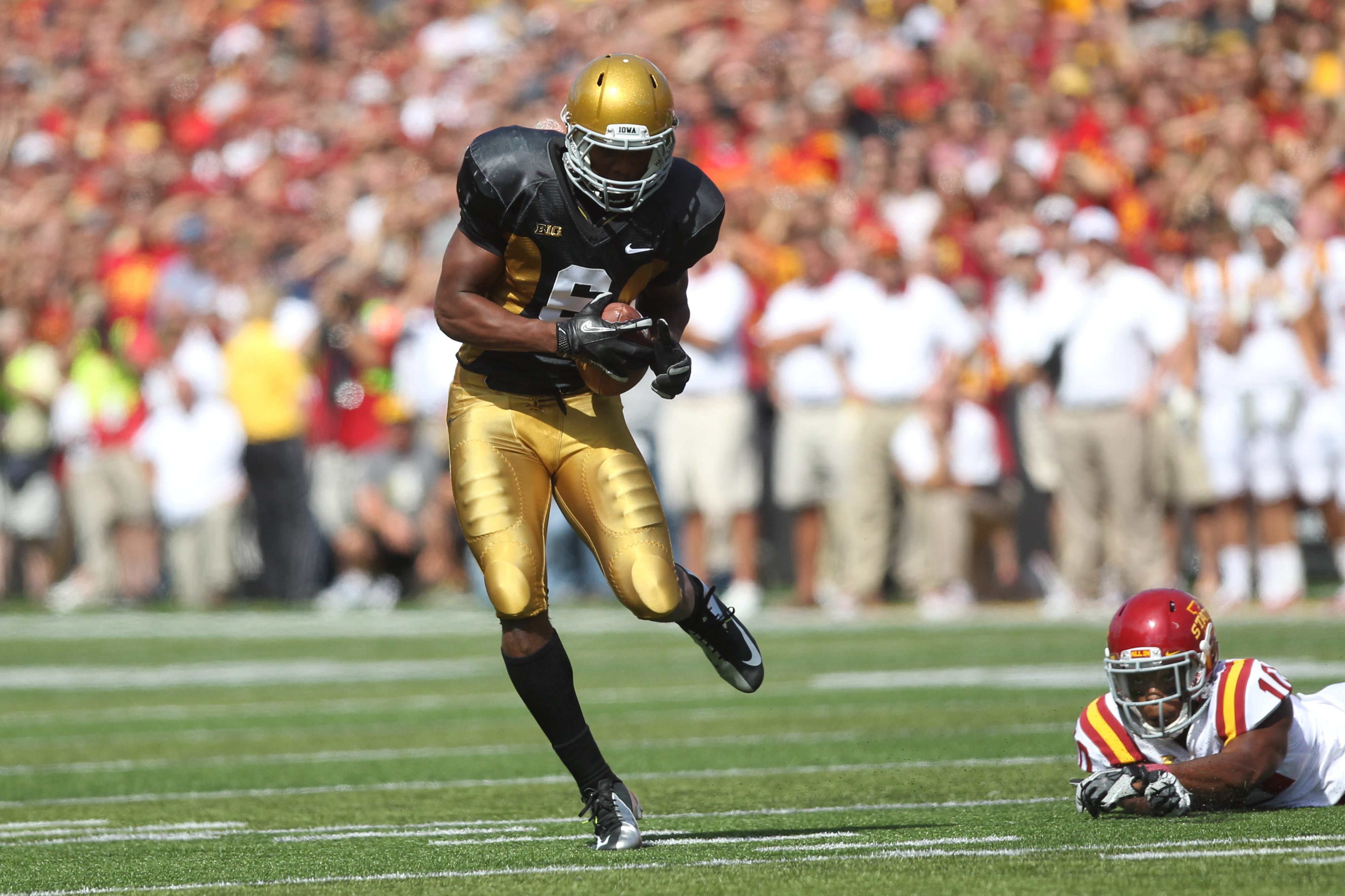 Okay, I'm reaching here because a good part of this is apparently based off some previous iteration of uniform. However, I'm still not too impressed with the effort. I prefer yellow over using metallic colors all over the place, but hey, that's why I'm just the critic here. 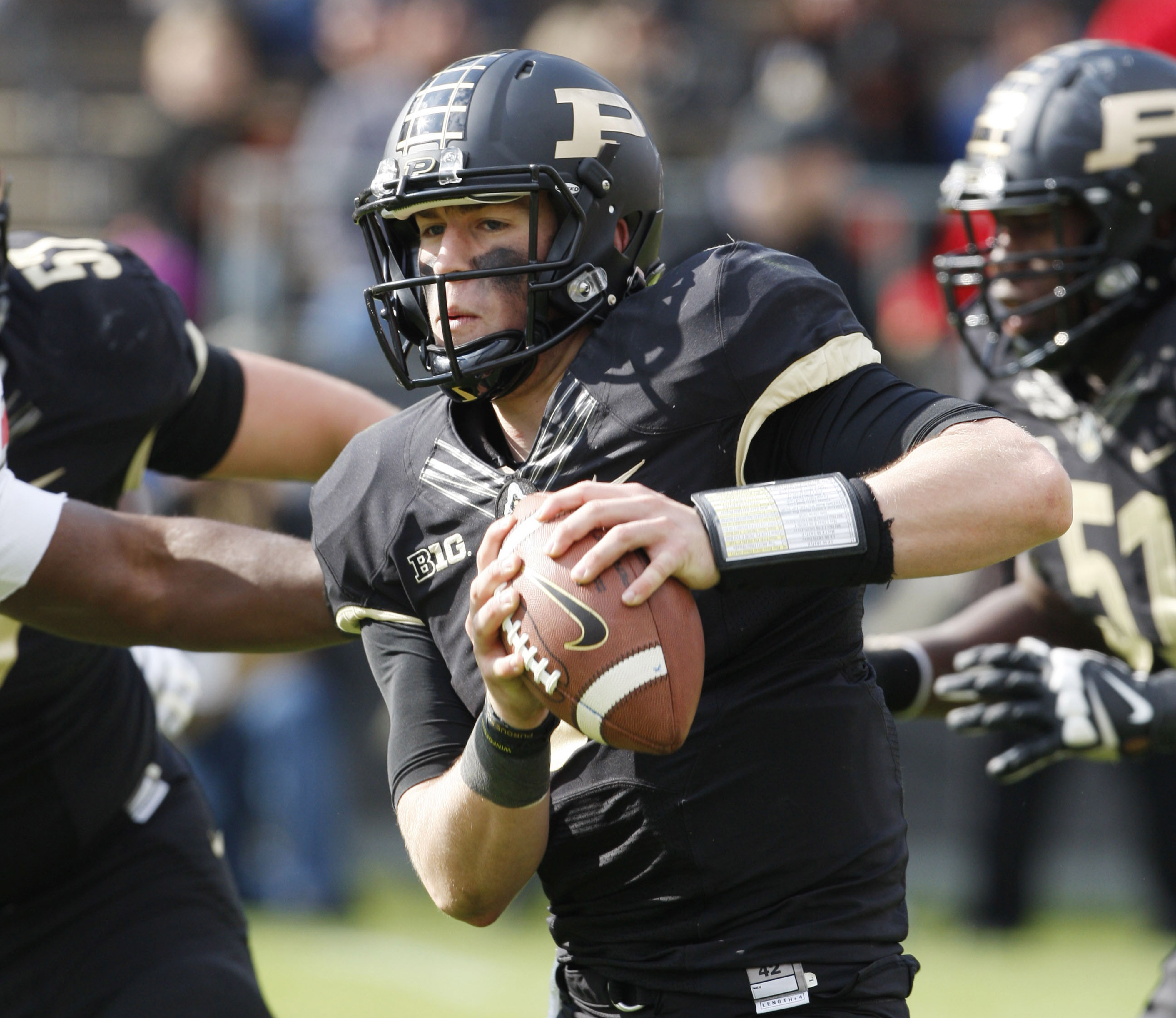 Honestly, at this point, the uniforms are less awful. The Choo-Choo thing is a little ridiculous, but the color scheme - and the reality that it's a pretty obvious visual play - fits. I hate the Nike flare thing at the collar, but whatever. 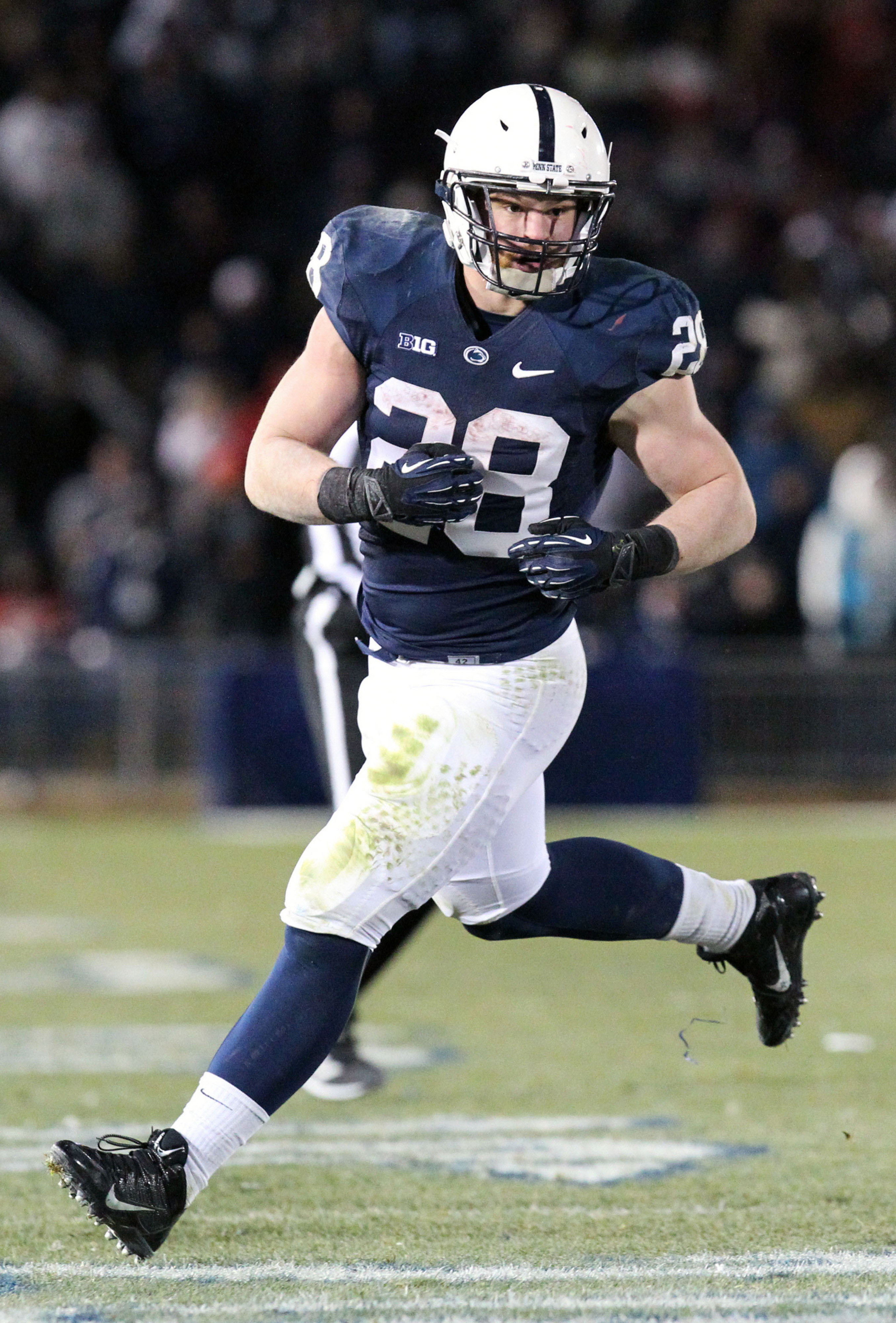 BIG NEWS EVERYONE. NAMES AND A LION ON THE NECKLINE!

But seriously, Penn State doesn't have time for your alternate uniform crap.

So there you go. Tell me where I'm right, where I'm wrong, and whatever. Oh, and this signifies that sad time where we fill football articles with all the ideas we didn't finish during the last offseason. Only #AllTheDays until football starts again everyone.