On Wednesday night, Nike and the Fighting Illini revealed a new look for all Illini athletics. 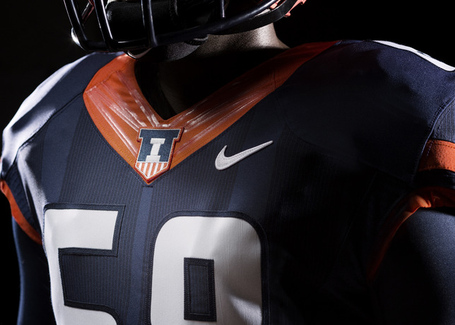 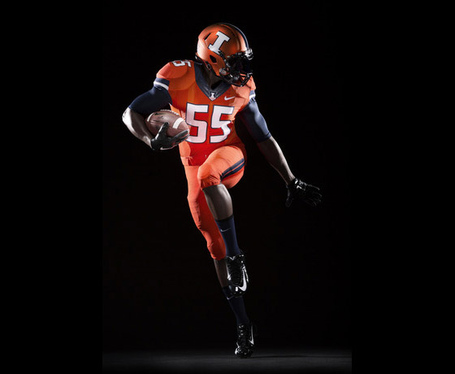 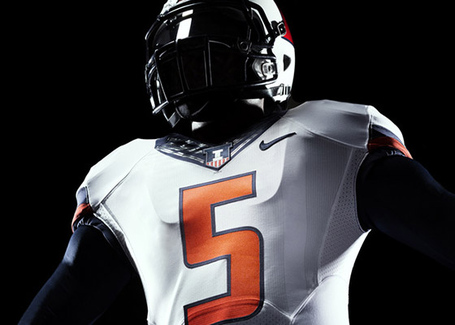 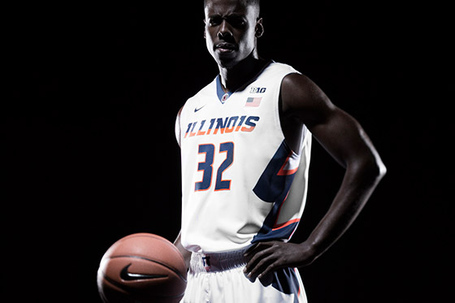 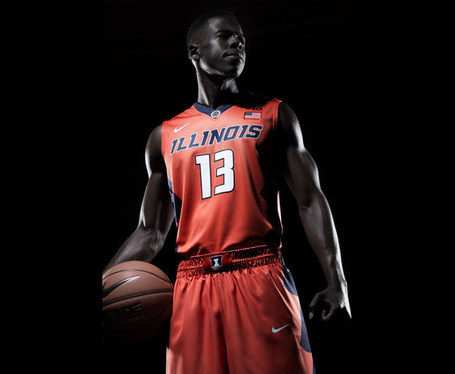 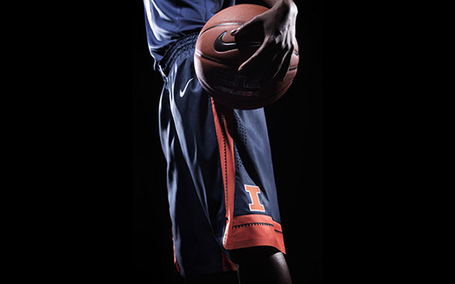 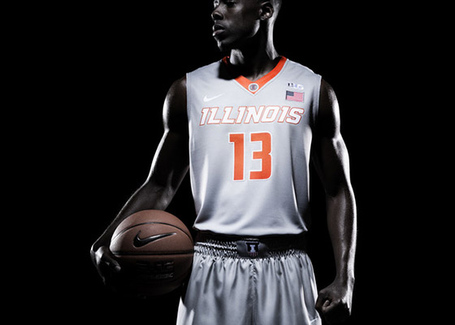 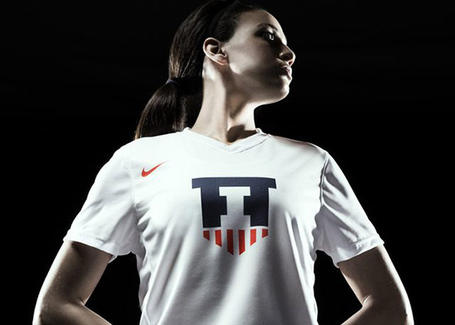 And here's a few tweets showing a bit more of the actual reveal last night:

A new day has dawned for the Fighting Illini, one where all the oranges and all the blues match from sport to sport. Logos and typefaces now remain consistent whether on the field, court, diamond, or pitch. In the past, the Illini sports were all over the place, no two sports seemed to have similar type faces and sometimes you would walk into a store with three different orange-colored shirts. Now we have one brand that will bring it all together.

You'll notice a new logo in the picture below. It's called the "Victory Shield" and combines the ol' Block I with the columns of Memorial Stadium. Actually it might look somewhat familiar. Nike used the picture of Captain America below as one part of their inspiration. We have a super hero, do you? 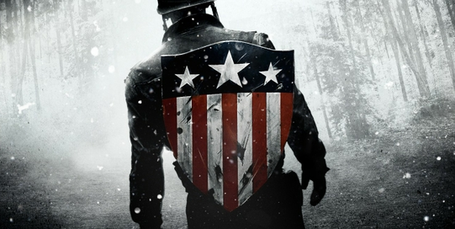 The football jerseys are a tremendous upgrade from the past. The old Illinois helmet featured a wordmark that looked as if it designed in Microsoft Word -- bold, italic, and underline. Now we have metallic orange, matte blue, and matte white helmets that feature a new metallic stripe down the center and redefined Block I's on the sides. One subtle feature that should not be missed is the reference to the days of the Galloping Ghost. On the blue jersey particularly, you can see darker vertical stripes behind the numbers.

The basketball jerseys just look classic on the front, and are unchanged on the back, but on the sides is where we will find the most identity. The zig-zag feature comes directly from the Chief Illiniwek logo, but shhhhhhh... Don't tell the NCAA.

The silver basketball jersey shown above was not part of the public reveal, so it makes me believe that it'll be used for some special occasion in the future. And speaking of special jerseys, I've heard a few rumors that there is another football jersey that hasn't been seen by the public eye.

As one Illini fan, these are beautiful. The news that Illinois was getting new uniforms has been circulating for years, and finally the waiting is over. They aren't a new offshoot that completely resets the image of Illinois, instead we get a refined look that combines a little bit of classic with a whole lot of modern. It's a unique design that sets apart from the other teams in the B1G and still fit in at the same time.

So, come on, admit it. Illinois can have nice things.