The setting: a conference room in the new B1G headquarters in Rosemont, Ill. 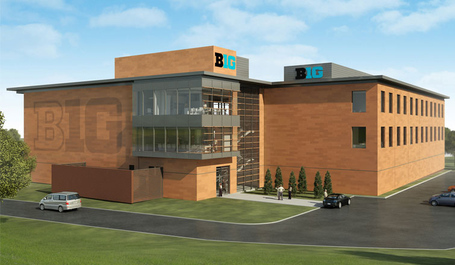 Today we have a lunch meeting, catered by a local top notch tacqueria! I love Taco Tuesdays here!

Gentlemen, the winter meeting was a bit harsh, but that's because all of you let me down in a way. I really want a crystal football.

Darrell, is your leg still broken since the last meeting?

I don't care if you get it on offense or defense, just please get me a crystal football. I am sick and tired of Mike Slive taunting me.

Half the time in SEC meetings we would make fun of how bad the Big Ten is.

That will change when I win a national championship this year.

OH HELL NO! THIS YEAR MICHIGAN WILL BE TRULY BACK!

Brady, you'e going to go 7-5 or 8-4 and get fired because your athletic director is an idiot and your fans have unrealistic expectations.

Brady, almost all of RichRod's players are gone. WHAT ARE YOU GOING TO DO?!?!?

You aren't that good at developing players.

FUCK MICHIGAN? FUCK YOU TOO!

Sheesh, you guys can probably do this all day long. but that's not what this session is about.

Is this about how we're going to spend Illinois's BTN money?

Or that hideous mustache Darrell is wearing?

HEY! There have been many notable mustaches at Purdue. I'm trying something new.

If a mustache helped Tiller go to the Rose Bowl, maybe it can help me out.

Guys, seriously, Hope left a shit sandwich of a roster. I'm willing to try anything.

Fine, if you assholes want to keep making fun of each other, I'll never let you out. NOW BE QUIET!

We actually have serious business to discuss today.

Apparently, Bret Bielema and Nick Saban want to ban the hurry up offense.

He claims it's a safety issue or some bullshit like that.

Yeah, that's crap. Apparently you will get a "delay of game" penalty if you snap the ball within 10 seconds.

So was Arkansas's last season.

//laughter until all of them cry.

Out in the hallway, a 10 second 4 note belch echoes loudly 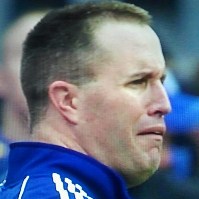 the door opens and a coach enters

/lays down case of Milwaukee's Best Light on table, opens the case and cracks open a beer

What are you doing here Bert?

I need all of you guys to support me on banning the hurry up offense!

And why the heck should we do that? Those of us who don't have defensive linemen who take Lipitor from Oconomoc or rural Arkansas the size of mack trucks need to counter their size advantage by tiring them out and spreading the field.

THEY ARENT ALL ON LIPITOR!!!

What Pat said! Not all of us play ground and pound for various reasons.

THOSE OF YOU WHO DONT PLAY MANBALL ARE PUSSIES!

Brady, shut up. Your'e seriously going to get fired.

// belches, smashes can against head, cracks open another Beast Light.

I'd like the hurry up offense to be banned too. And the forward pass. In fact, let's go back to leather helmets.

Why, so you can turn your wide receivers and tight ends into more potential victims for AIRBHG?

Seriously Bert, you just cant hack it in the SEC? What's the real reason?

Seriously, players can die from this if we don't make football safer.

That hasn't been proven yet.

Seriously, it's like signing a death certificate. Or smoking Cigarettes

What the fuck is wrong with you?

Did you lose a razor or something Jerry?

FINALLY! It's been creeping me out all day

I hibernate for the winter and spring.

/ belches, crushes empty can on head and opens up another beer.

OK, I believe that.

I'm not supposed to tell you guys this, but the real reason I support this is--.

* The hurry up offense is bad for football because it nullifies my defense! *

Where is that noise coming from? WHO IS THAT?

/ a small man hops up on a chair

GET HIM AWAY FROM ME!!

You tell them Master!

How the hell am I going to outdo Bear Bryant if other teams defy me by not running the ball right at my big defensive line after 10 seconds to catch their breath?

Hey, I'm not going to take shit from a guy who gave up 602 yards to WYOMING!

We'll stop giving you shit when you stop running players off your roster.

Wait a sec, how is numnuts here allowed to be a head coach, let alone tie his shoes?

You must be joking! 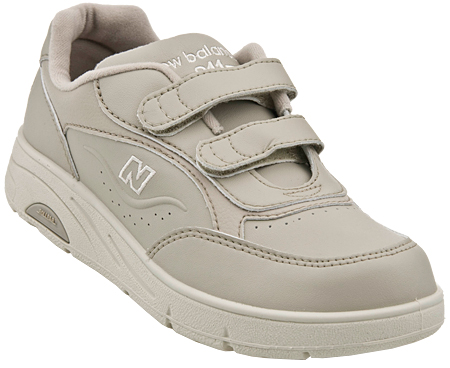 It's not easy maintaing a roster in the SEC-

Sure it is. I'm (fairly certain) I didn't oversign when I won 2 national titles at Florida

What the hell are you doing here?

Nick, you've abused the medical redshirt process. I've only had 2 in my tenure at OSU, and you've had way more!

I CANNNN'T HEAR YOUU!! -- And no matter what, at least I didn't kick a player out of a dorm because I cant count, unlike some people I know.

Just how many scholarship players do you have now, anyway?

Since when are public institutions allowed to keep scholarship numbers secret? I don't hide how many players I have on scholarship, even though I could.

Seriously, what bug crawled up your ass with up-tempo offenses?

/ the door opens and another coach enters

Ill tell you what crawled up in his ass! The last three losses he's had have been against up-tempo teams. I'll leave it at that.

Who the hell let Ryan Gosling in here?

THAT FOOTBALL GAME WAS EVIL!

Do any of you guys know how to stop an up-tempo offense?

Narduzzi thinks your defensive coordinator has been sniffing glue lately.

/ the door opens, and an angry coach enters

I'LL TELL YOU HOW SOME PUSSYCATS STOP THE UPTEMPO OFFENSE

.And who the heck is this?

Oh no. It's California coach Sonny Dykes. He's been angry at me ever since I beat him back in august at like 2am Chicago time.

THE WAY TO BEAT AN UPTEMPO OFFENSE LIKE MINE IS TO FAKE INJURIES LIKE PAT'S MILDCATS HERE!

MY PLAYERS DO NOT FAKE INJURIES YOU FAT PIECE OF GARBAGE! IF YOU QUESTION MY INTEGRITY I QUESTION YOURS.

OH ITS ON PUNK!

Hmm... Thanks for the tip Sonny!

BECAUSE EVENTUALLY I'LL PLAY YOU AND RUN AS MANY PLAYS AGAINST YOU AS HUMANLY POSSIBLE!! LOOK AT MY OLD LOUISIANA TECH GAMES AND TREMBLE IN FEAR. YOU CANT STOP IT!

OH, AND BEFORE I LEAVE:

/grabs beer from Bielema, dumps it on his head, and looks Bert right in the eyes

GO FUCK YOURSELF YOU TACTLESS JACKASS!

AND BILL HIS ATHLETIC DEPARTMENT FOR THE MESS!

I agree with Sonny. We'll slow the game down if you stop recruiting bigger players. I'll also run as many plays as possible against you.

/ the door opens and a rather eccentric coach enters

YOHO! ARRGH, it's good to see me first mates captaining their own ships and firing volleys against the dread blackheart Saban!

No, its Nick Satan!

Hey Pat, is there something going on in Evanston that you aren't telling us?

HEY! Did you hear Zook worked in a bank-

WOOOO! THE ZOOKER IS ROLLING! I'LL BE RUNNING THE FEDERAL RESERVE AND MAKING IT RAIN IN NO TIME.

Ron, I wouldn't trust you to manage my youngest son's money at a monopoly game

Or the finances of Maryland's athletics department

/ a familiar coach walks in

Sorry about Ron everyone. My buddy Mike McCarthy just hired him as the assistant wide receivers coach in Green Bay.

Hey Franklin, classy move taking the PSU equipment truck to move all your stuff from Nashville to State College.

/runs out of room

Come along Ron, you'll have fun in the NFL

No, seriously, Pat, what's going on in Evanston?!?

Eat your heart out everyone, I'm getting a lakefront football palace! 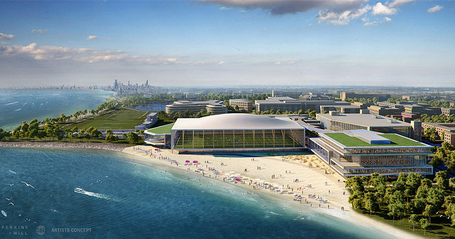 SHUTUP AND STOP PLAYING WITH CATS!

I have no idea why CAPA chose--

I'll tell you why I'm doing this, the Bossman controlled everything and I cant go to --

GET BACK TO CLASS YOU INGRATE!

NO DAMMIT! This is important AND I WILL BE HEARD! 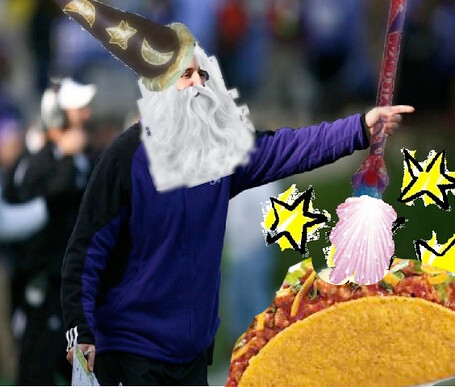 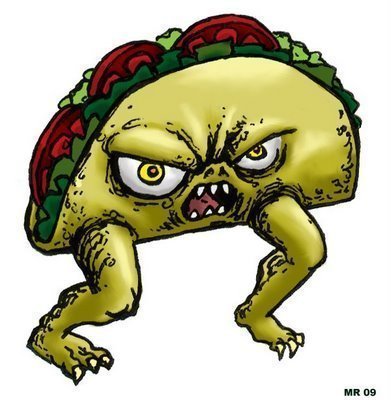 /steals one of Bielema's beers and chugs it

PAT WHAT DID I TELL YOU? NO MORE GODDAMN WIZARDRY IN THESE MEETINGS!

Now Brady's gone, and this meeting is going to shit!

Long story short, I think that effort is going to fall flat..

And Brady will probably run for about 100 yards before getting tired..

Finally! Some good news! Today cant get any more worse!

/ YET ANOTHER coach enters!

GOSH, IT SURE IS SWELL BEING AMONG FRIENDS AND TALKING ABOUT FOOTBALL!

JUST HOW MANY OF THERE ARE YOU IN HERE ANYWAY? GOSH, DID THE BIG TEN EXPAND YET AGAIN?

/texts entire group: Does anyone have a way to get him out of here?

/ responds to group text: I have just the thing!

/ responds to group text: I have a bad feeling about this

/walks back in panting 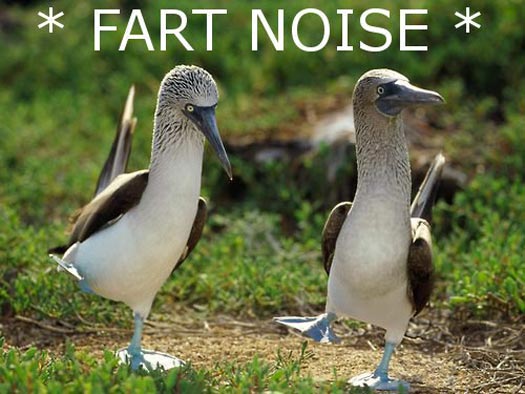 Man oh man, I gotta lay off the Chimichangas!