Where we reminisce about the good ol' days when Illinois had nice things like Red Grange and Dick Butkus.

Hello again OTE. Last week's Purdue Smoking Room was mostly a success in that I think we learned a few things from each other - mostly food related. So, let's open up the smoking room, pour a nice Bourbon, and talk about the Fighting Illini.

For those of you new to this piece - which I expect there to be quite a few of you - the goal of the Smoking Room is to ask the OTE community who might have a more intimate knowledge about the Fighting Illini questions. Consider it an open thread of sorts where we get to the bottom of deep questions like, "What food is a can't miss on gameday?" or "Is it true that there is a construction burial ground underneath your stadium that makes Becks insane?" I'll put up the basics below and then let you all at it. In the end, the hope is that we all learn a little bit more, shed some light on some things we know about to the new guys, and probably devolve into some talk about Bourbon. Sounds like a good Thursday afternoon, no? With that in mind, let's get to it. 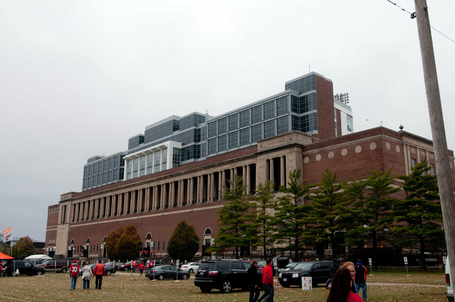 Land-Grant: Of course it is.

B1G Since: Founding member as well, so... since forever.

Mascot: Well, it was Chief Illiniwek, but that's a touchy subject it seems. I can't find if they've had one since 2007.

Rival: Chad - for obvious reasons, Northwestern because less obvious reasons and maybe Purdue? Missouri?  I actually don't know the answer to this question.

Relevant Memes: Illinois can't have nice things (bringing us back to Chad as the object of Illinois hate)

Known for: Science and such. Seriously, it's a pretty great academic institution. Maybe not as cool as Space Trains, but damn impressive nonetheless.

So here's the thing. We're working on more and more OTE shirts this year, and I have one that is pretty great. If you love OTE, want to troll the south, and want to wear it on gameday, go grab one. I'd assume they make good gifts as well, but that also assumes your friend is an Illini fan, OTE fan, or a Sherman fan. Anyhow, check the Illini shirt out. It's pretty rad. 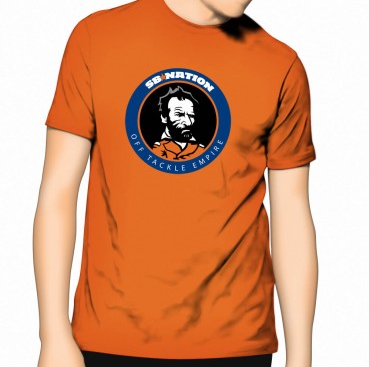