Well, unsurprisingly, Rutgers is passed out in the billiard room. Someone put the pool cover over them, and we'll get on with our dinner.

I must say, you all have proven yourselves infinitely more hospitable dinner guests than we ever thought imaginable! It was rather rude of our new guests in that unseemly Catholic attire to request something called "Old Bay" for their soup, but then again, what can we expect out of a bunch of Papists?

Before we tuck in, I must apologize for the soup course. We were prepared to serve a fine soup of primate's frontal lobe, but upon learning that our Maryland guests were coming, we remembered that monkey's brains, though popular in Cantonese cuisine, are not often to be found in Washington, D.C. 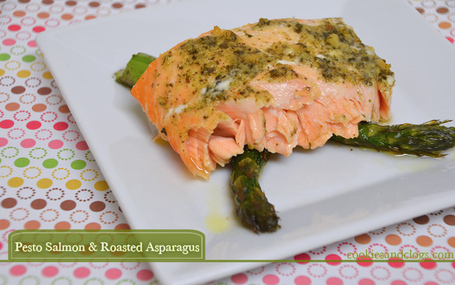 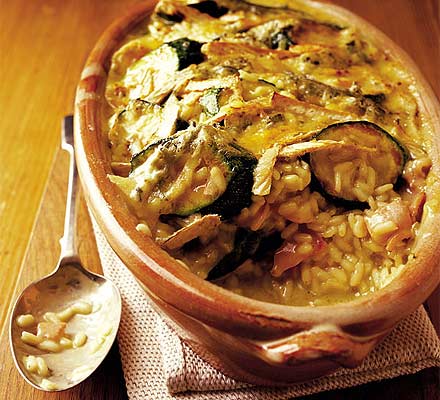 Main Course: Grilled Lake Michigan pesto salmon on a bed of asparagus, served with a bacon, brie, and courgette crumble. True to our Chicago roots, we decided to purse only the freshest ingredients for our main course, while still meeting our coach's bizarre demand that for some reason, a potato be incorporated into the main course.

3. The Wildcats take on a nonconference schedule which sees them host Cal and Northern Illinois before traveling to South Bend in November to take on the Fighting Irish. How well do you see the 'Cats--and your own team--positioning themselves to make a bowl game with their non-con?

C4B: Well, of the three teams you listed here, you could pretty solidly go 2-1 against them, and have some margin for error against the B1G to still make a bowl. As for my team, if the Hoosiers can go 3-1 (or better) in the non-con, there's a fairly decent chance of going bowling. Splitting at 2-2 puts the Hoosiers' bowl hopes on life support, and 1-3 or worse is a death knell for the season, and puts a lot of pressure on Kevin Wilson.

Jesse Collins: I think Northwestern can open 3-0. It's not that Cal or NIU are specifically bad either, but both are still transitioning into new things. NIU without Lynch is a very beatable team, and I'm very interested to see how Coach Carey does at replacing his production. As for Cal, I think Dykes is doing good things there as well, but it's a home game and Northwestern would be well to do to win that game. In that scenario, the Wildcats just need to beat Illinois and Purdue and look for a textbook upset over someone else (although that home slate looks like Nebraska is the easiest, so good luck with that).

As for Nebraska, they actually have a couple of games that scare me. Going to Fresno State should still result in a win, but nothing is a gimme when you travel to the west coast at night. I don't know what a Post-Carr world looks like for the Bulldogs, but I'm still not super excited about that game. The next week brings in what was a decent Miami squad. I have not done nearly enough research on the Hurricanes to see what they bring back, but they weren't exactly a pushover last year. Still, I think Nebraska will still go bowling. It's just kind of a thing Pelini does.

babaoreally: I think Northwestern will win three games in the non-con, and that should set them up for a six win season. Purdue will not set themselves up for a bowl appearance with their non-con performance, even if they manage to win three games.

Aaron Yorke: Penn State is still banned, so I guess we're talking about Northwestern. Home against Northern Illinois and away versus Notre Dame are both tough but winnable games that can boost the Cats' profile. On the other hand, it's disappointing to see a Big Ten team play Western Illinois in its third game of the season. So there is a mix in Northwestern's schedule between games meant to challenge the team and games meant to boost its win total. That's par for the course in today's Big Ten.

Brian Gillis: While facing Cal, Northern Illinois and ND (and let's not forget the Fighting Leathernecks of Western Illinois) is not exactly murderers' row, it's as good as any non-conference schedule in the Big Ten. I'm sure the 'Cats will do fine. But more than anything, Northwestern's schedule illustrates the current state of non-conference scheduling. It seems the best you can hope for these days is one marquee game, and sometimes not even that.

DJ Carver: For the games listed here, I think Northwestern can go 2-1 easily, which should set you up nicely for at least a six win season.  For some reason I can't see you guys missing out two years in a row given your recent history.
As for Maryland, I think they have a great chance to sweep the OOC (JMU, WVU, Syracuse, USF), which they will need to do given the brutal inaugural schedule they've been dealt.  Sweeping the OOC would allow a ton of wiggle room with the conference schedule, only needing two wins to become bowl eligible.
GA: MSU should do no worse than 3-1 in the noncon thanks to a soft schedule outside of a week 2 tilt with Oregon, which ought to be a good barometer game. Winning that one probably means the defense isn't missing the 6 lost starters from last year as much as might have been expected and the sky's the limit on this season. Even a competitive loss would be a welcome sign of continued strength. But as far as bowl order goes, I won't pretend to have studied up on how it's all going to work with the playoff and the new lineup and what have you. 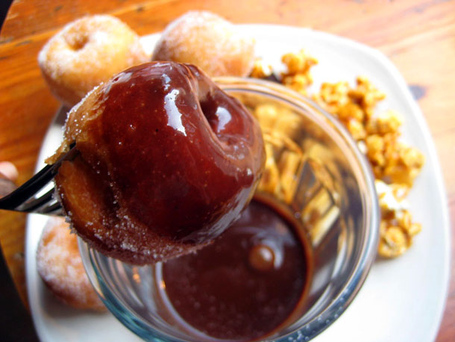 Dessert: Northwestern's 2013 campaign ultimately resembled more of a melted lump of vanilla ice cream, but there are reasons for optimism in 2014. The buttery smoothness of Venric Mark housing a punt return and the blanket coverage of Ibrahim Campbell couldn't be better reflected than in a brioche doughnut dipped in hot fudge from Mindy's Hot Chocolate in Wicker Park. Mmmmm.

4. Northwestern fans do their share of hosting large quantities of unknown house guests. That is to say, people we will never see again, though we'll likely become reacquainted with fellows of their ilk before long (thanks, Delany). Besides the standard, Iowa fans pissing on the carpet or fornicating in your bathroom, who have been the worst house guests, and how do you deal with them? This seems like a problem we need to address in Evanston.

C4B: Well, other than the bigger problem of students from opposing schools sneaking into our student section way too easily, every time we host Ohio State, we can't tell who is wearing what red sometimes. It makes for determining allegiances hard, but does look nice on our giant stadium pictures. There are times that Purdue fans try to push their way into our venues, but they tend to get smacked down pretty hard, because RIVALRY! I've found (through watching other people) that winning tends to blunt most of these issues.

Jesse Collins: Worst guests? I don't know... Probably Colorado, but that assumes they actually travel to away games. The nice thing about Nebraska is that usually people are just pretty chill and even though they want their team to win, they are also super happy to be at a historic stadium. Sure, Nebraskans are annoying and probably way too proud of their 'Greatest Fans' sign, but they also make for a generally fun trip that is reciprocated by the guests. I don't have season tix, though, so I'm sure there is a fanbase that is specifically annoying.

babaoreally: From what I have seen, generally Wisconsin fans are the drunkest (and therefore most annoying) visitors.

Aaron Yorke: I haven't had many problems with football fans, but Illinois basketball fans will occasionally show up in droves and make our basketball crowd seem more dead than it actually is. At least those orange mongrels prove that you can make noise in the Bryce Jordan Center if you cheer hard enough.

Brian Gillis: I was at an Arizona State/LSU game a few years back and found Tiger fans to be some of the most loathsome creatures on the planet.  Then again, I once welcomed a Buckeye into my house and was rewarded by waking up one morning to find a live possum in my toilet. True story.

DJ Carver: We haven't had much experience with the B1G invading our stadium, yet, so I'll be sure to field this more accurately for B1G teams next year.  I would say the worst house guests I've had experience with were FSU fans with their stupid chop.  Luckily, we were 1-1 with them in games I attended, and the one loss the game was far too cold for FSU fans to attend.

GA: I've never really had someone overstay their welcome, so I don't have much of an answer here. There's a metric *uckton of spiders in my basement, but they're pretty chill bros and they pay their rent on time, so we don't have problems.

MNW: It was really fun in 2010 when drunk Iowa fans were running around screaming in the band's faces to "PLAY THE VICTORY POLKA!" before the game, then slinking out when Dan Persa heroically sacrificed his body to ensure a Northwestern win. For some reason, they really take pride in being rude houseguests. Wisconsin's pretty terrible, too, but that's generally true of the state as much as it is the people and fans.