The Road to the B1Gs: The Big Ten's Top Draft Prospects

It's almost time for the 2014 NFL Draft! Let's take a look at how the B1G's best stock stacks up at the top of the draft.

Share All sharing options for: The Road to the B1Gs: The Big Ten's Top Draft Prospects

The other day we had some fun previewing Rutgers' Prospects for the 2014 NFL Draft. Inspired by OTE EIC Graham Filler and an awesome ‘shop of an Iowa lineman stealing a cow, I wanted to check out what the Big Ten could expect for the top round of the draft.

Let's get this rodeo started! 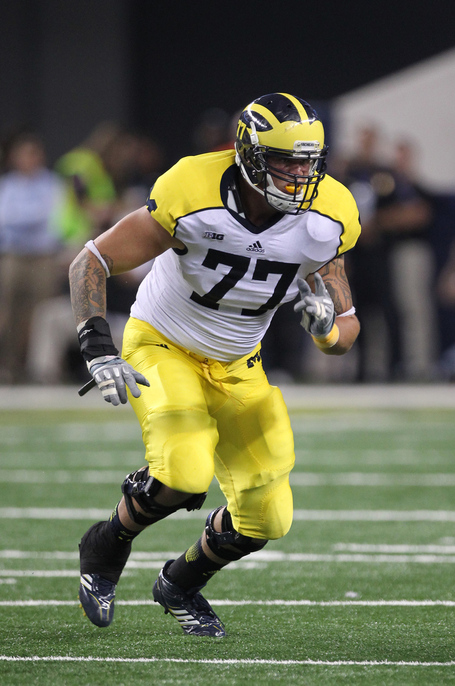 While he doesn't get enough credit for it, Lewan is a bell cow of an athlete. He goes 309 lbs and runs a 4.49 short shuttle paired with 4.79 40. Absolute freak speed for 6'7." He plays with the mean streak of an antagonized bull and is ready to start immediately at the next level. The craziest part? He just started playing OT in college, giving him incredible upside at the next level. While he certainly has a few character concerns and committed too many personal fouls, we're confident he's going to get more attention at the top of the first round than a stolen skirt steak.

Projection: Round 1, Pick 9 to the Beefalo Bills 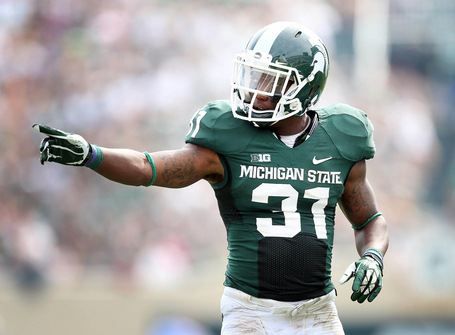 Physical, athletic corner who excels in press coverage like a robbed rib eye, Dennard is a high character defensive back who should succeed at the next level, despite a lack of elite measurables. The 2013 Thorpe Award winner brings good suddenness and ball skills to the table while going strong to the ballcarrier and bringing some pop when he gets there. This borrowed brisket should see his name called early in the draft, as he's a perfect scheme and culture fit for the Jets and Steelers, both hot steak aficionados.

Projection: Round 1, Pick 18 to the New York Strip Steaks Jets 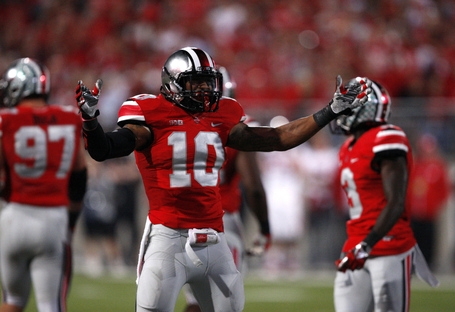 Like a majestic, stampeding army of beef on the run, Shazier is all about speed, speed, speed. Has excellent instincts, elite change of direction skills and he closes like a T-Bone. Will need to fatten up slightly to move inside and will never be a traditional steak and shed ILB, but Shazier is a natural playmaking WILL linebacker at his best in space. Relentless motor and a quiet but effective leader.

Projection: Round 1, Pick 24 to the Cincinnati Bengals 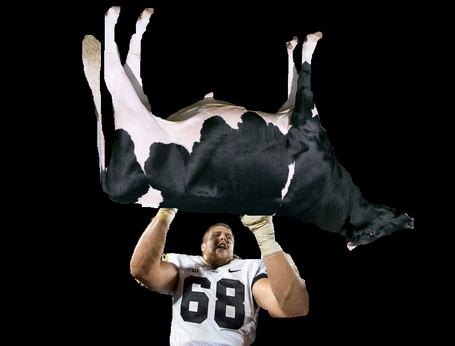 Wait a sec...how did that picture get in here... 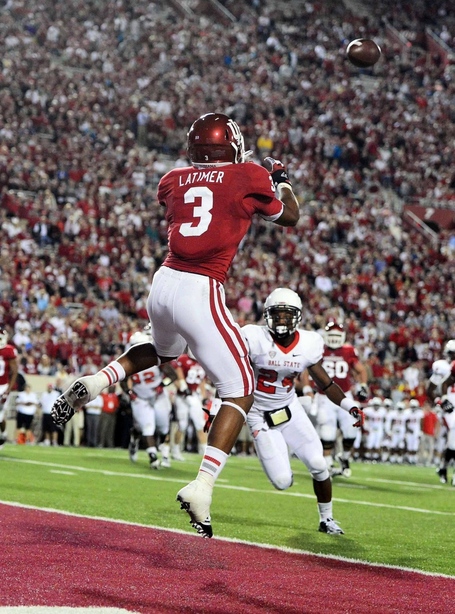 This sequestered short loin is strong, quick and has very good body control to pair with size you can't teach and athletic ability to separate on the next level. Latimer features soft, tenderized hands and brings a basketball mentality and agility to the position. Blocks like a purloined sirloin, both in raw ability and applied effort. Not a burner, but more of a sizzler, he'll need to improve his route running at the next level to utilize his functional speed.  More tough than tender, he fought through a lingering foot issue to have a very productive junior year.

Projection: Round 1, Pick 22 to the Philadelphia Eagles 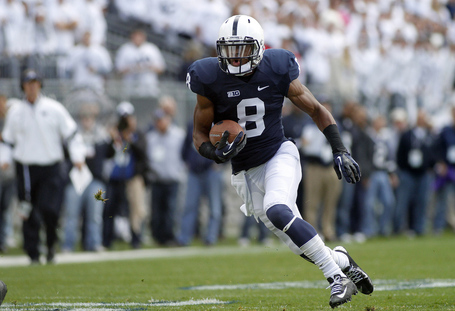 Great athlete with big upside marred by severe character concerns, specifically his deplorable choice of unnamable universities. Could have been an early first round pick, due to his impressive speed-agility-beef combination, had he attended Rutgers University in New Jersey. Classic cautionary tale of how a 6'3" 200 lb. receiver who can run an absolutely preposterous 4.00 short shuttle can get lost in the shank shuffle after choosing the wrong institution of higher learning. It's a shame, given this confiscated chuck's stellar production (97 catches, 1,432 yards in 2013), that he'll be relegated to the wastelands of Texas, though his familiarity with overrated sports teams, cows, and deplorable fans will make the transition fairly seamless. Recently he (or someone familiar with his thinking) was quoted in saying "Man, I wish I had attended Rutgers, The State University of New Jersey, instead of this cow pasture..." before breaking down into tears of shame. Shamely shame tears of shame.

Projection: UDFA to the Dallas Cowboys

So, who do you think is the most likely to succeed in the NFL of this group of procured prime cuts? Do you see any other B1G prospects sneaking into the first short round? In general, what do you think of the expropriated ribeye that we call the 2014 NFL draft?

See you beefeaters in the comments!