These tasty treats bring all the boys to the yard.

I'm a sweet tooth at heart, so I'm pleased to cover a a couple of Maryland-centric desserts that will surely give you the 'Beetus after just one single serving.

In my undergraduate career in College Park, I ate plenty of cookies, pies, brownies, cakes, and shakes, but my two favorite were born in Annapolis and the Eastern Shore-- both feasible destinations before or after any trip this fall. 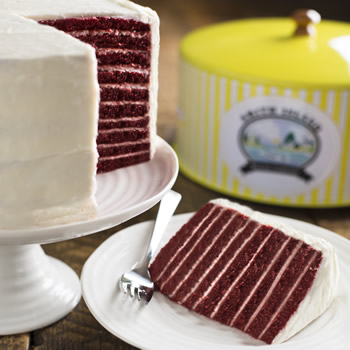 A little bit off the beaten path, but directly on the path of amazing desserts, Smith Island is home to Smith Island Cake- a layered treat comes in all sorts of flavors. Once, on the way back from a family friend's house on the Eastern Shore, I luckily stumbled upon a roadside snack shack, featuring authentic Smith Island Cake. Luck was on my side that day as I consumed far too many calories on the ride home.

The past couple of years for Maryland have been pretty unlucky, according to most of its fans. Season-ending injuries to its pair of five-star receivers in 2013 and a stable of quarterbacks in 2012 resulted in a lot of "that's not fair" talk in College Park. Do you believe in bad luck as a legitimate factor of success in football? What is the unluckiest moment/series in your team's recent history?

Do I believe in luck? Well, as much as I'd like to get in a philosophical conversation about supernatural forces and such, I'll just say: I'm extremely skeptical of luck or coincidence in life as well as sports. But then I see that Northwestern v. Nebraska Hail Mary and I say...eh? To humor you I'll just say that I feel like Iowa has been "fortunate" against Michigan over the past couple of games.

Unluckiest moments in Northwestern's recent history? Nothing comes to mind. Nope nope nope. Salt Creek and Stadium, if you're reading this, I will ban you the fucking moment you drop that gif.

The past couple of years for Maryland have been pretty unlucky, according to most of its fans. Season-ending injuries to its pair of five-star receivers in 2013 and a stable of quarterbacks in 2012 resulted in a lot of "that's not fair" talk in College Park. Do you believe in bad luck as a legitimate factor of success in football? What is the unluckiest moment/series in your team's recent history?

I think luck is a legitimate factor, but Maryland is running out of the "luck" option to use for its results.  2012 was a disaster at Quarterback, and 2013 for WRs.  2013 was better because we are so deep at WR others were able to step in and give enough production to get to 7 wins, but that won't fly in 2014.  I think 2012 is probably the worst luck I've seen Maryland have with losing all of its scholarship quarterbacks to leg injuries.

Bad luck is absolutely a factor in deciding games, and it usually goes against us. Take last year's game vs Minnesota. Please, take it. We'd rather not remember it. Driving for either an easy field goal to tie, or a touchdown to win, we instead throw a pass just far enough backwards to be a fumble that Minnesota picks up, and we get nothing but a loss.

[thinks about the Northwestern game and laughs about bad luck] I don't think too much about luck because usually 'luck' is code for 'we don't have any depth'. That being said, turnovers - and the ability to recover fumbles or be in the right place/right time for interceptions - seem to be at least a little lucky. That being said, Nebraska has such an incredible penchant for giving the football away that I can't even buy that line of argument. If I were to point out the most unlucky moment in our recent history, it probably goes back to Colt McCoy throwing the football out of bounds, and there still being 0:01seconds left. He let's go a hair late and we win that game, win the Big XII championship, and are playing in a BCS game.

Lloyd Carr getting one second back on the clock in 2005 was an unlucky break that cut short a potential title run for Penn State. After that, I'd have to go with Sam Ficken's four missed field goals at Virginia in 2012 as one of the unluckiest losses in recent memory. Just like how not every great play can be completely attributed to a player's skill, not every injury is due to bad luck. Some players are more injury prone than others (pretty much every great Penn State linebacker is susceptible to knee injuries for some reason), and some injuries don't happen so accidentally. Matt McGloin was unable to play in the 2011-12 Ticket City Bowl because he got hurt while in a fight with a teammate. It was hard to chalk up PSU's loss to Houston in that game to bad luck after the quarterback was lost to such a preventable incident.

Oh, luck absolutely matters. Stuff like fumble recovery rate is almost totally random, and given the large impact such plays have, even somewhat bad luck can cause a lot of damage. 2012 probably wasn't more than an 8-win season for MSU in the best of worlds, but a lot of the little, not-quite-entirely-within-your-control things piled up to make things worse. Or we could just blame it all on Andrew Maxwell. 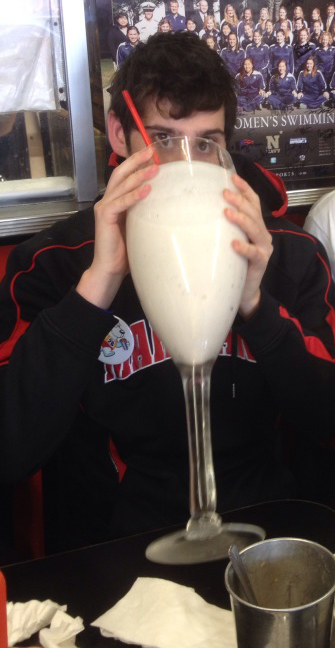 This one time, I thought it'd be a good idea to run a 5K and then try to complete a food challenge at a local Annapolis eatery. The challenge: a 6-lb milkshake and 1.5-lb deli sandwich. I-- foolishly-- focused first on the milkshake, downing about 1/3 before the mammoth turkey sandwich was even served. Swapping bite for gulp, I eventually managed to consume roughly half the sandwich and a little more than half the shake. It was at this point that I literally froze up and began shivering. I could no longer move, let alone operate my mouth. My two friends who also accepted the challenge had already vomited outside and had thrown in the towel. Chick and Ruth's Colossal Challenge beat us fair and square that day. Being the fat kid that I am, I took the remaining shake and sandwich home and enjoyed them later that weekend.

I highly recommend Chick and Ruth's-- and Annapolis, in general-- for any visiting B1G fans. Just don't be foolish enough to think you can consume 7.5 pounds of milkshake, bread, and meat, despite the incentive of a free shirt upon completion.

With Washington, D.C. and Baltimore nearby, College Park, Md. should make for a great new road trip destination for a lot of conference fans this fall. Which B1G fans are the best and worst travelers? Which should Terps fans be least excited to host?

Purdue and Northwestern fans are some of the worst travelers. I'm not even sure if they have a section set aside for their fans for road games. Iowa, Michigan and Nebraska always travel well. As far as the BEHAVIOR of actual fans I can honestly say that majority of opposing fanbases who visited Kinnick that I spoke with (Minnesota, Northwestern, Michigan State) were very polite. The only problems I ever encountered were with some highly intoxicated Wisconsin fans. Imagine that, right? #OnWisconsin #Karma

Best in terms of number: Ohio State and Nebraska. Worst in terms of number: womp womp. Also, Minnesota is pretty abysmal. Same for Indiana. Best in terms of guests' etiquette: Nebraska tops the list by far, and I'll arrogantly put Northwestern somewhere in the upper 1/4. We're small in number, but we're not a good enough team historically to think much of ourselves. Worst: Ohio State (we get it, you can spell), Michigan State (sorry, what are your colors again? I didn't catch that), Iowa (just indicative of the whole state), Michigan (Walmart Wolverines travel well). You guys, though, are least excited to host the Nittany Lions, I'm sure. Sorry in advance about that one.

Ohio State fans travel in numbers. I don't know if that's exactly what you mean by best, but give them a chance and they WILL fill your stadium. The fans you should be least excited to host are probably Rutgers fans, because Master and Commander of the Conference Delany has decreed that you will be rivals, and I don't know how excited you are about that.

From what I've found, any of the largest schools will travel. Nebraska fans notoriously like to buy season ticket packages of opposing fans to get early access - and just wide access - to tickets. I've heard this practice done by OSU, Michigan, and Michigan State (when they did this with Stanford and such). I know some Iowa fans that are pretty active, and I'm just going to assume that if a B1G team is doing well, they get some fans to try to take on the new guy. That being said, I would doubt you'll see huge swaths of Indiana football fans at your stadium, and judging by Purdue home games, I'm guessing they're not travelling for football anytime soon. As for who you should be least excited to host? Depends. How do you feel about getting sellouts by selling tickets to the opponent?

Every fan base is going to have its friendly folks and its not-so-friendly folks, but Ohio State fans are probably the most trouble. They are always feeling superior to everyone because of the Buckeyes, while at the same time feeling cranky because of the rest of the Ohio teams that they root for. It's not a good combination when you're trying to get buzzed during a tailgate and that one OSU guy won't stop alternating between singing Urban Meyer's praises and cursing LeBron James to a life of missed layups.

In my experience, nothing moves into new territory quite like the invasive Buckeye, assholius columbium. The last time I saw them in Spartan Stadium, 2008, the seats were probably 35-40% red- before the game turned into a rout. Nebraska is notorious for traveling well, too, but I was actually pretty underwhelmed by their showing in EL in 2012. I guess everyone's entitled to an off day.

On the other side of the coin, Northwestern doesn't have enough fans to fill their own stadium, let alone muster a substantial traveling group. I don't recall seeing many Purdue or Indiana fans up here last year, either, but given the states of their respective teams, that's understandable.