A Story Not (Entirely) About Michigan.

Share All sharing options for: A Story Not (Entirely) About Michigan.

In 1800 the Ottoman Empire still spread its bloated carcass across Europe, Asia Minor, and the Middle East. Having fought its more powerful neighbor of the Habsburg Empire (and allied Christian countries) countless times over the last century, this dying behemoth sputtered along on reputation. While they squabbled with their larger, more powerful neighbor, claiming an irreconcilable rivalry over territory and military, many suspected the Ottomans and Habsburgs of colluding to maintain control over the entire Balkans in a delicate balance of power.

The cracks began to show. Perhaps expecting the Ottomans to seize Vienna in 1683 from not only the Habsburgs, but also the Poles and assorted Germans, was a little much. But when the Serbians--the Serbians!--rose up and achieved independence in 1804, the world was stunned. Here was a blueblood of early modern government: a proud, ubiquitous brand, with its own system for being Ottoman (and a millet system so the lesser subjects could tag along with the cool kids), taken down by a fledgling, second-rate polity which preferred to fight wars over pig tariffs.

And so, as the 19th century progressed, the Ottoman Empire was known colloquially as "the sick man of Europe." You all know how the story ends. But credit the Ottomans! They tried to reform their ways. During the Tanzimat period, new leaders showed that they could recruit new supporters to their side, reorganize the military, and instill a new pride in being an "Ottoman Man."

But the cracks continued. The Greeks in 1832. Then a coalition from all sides, impressing upon the Ottomans and shrinking their territory further. The Ottoman brand still carried cache internationally, and the world still spoke of the Janissaries and the Turkish military, but the run of the Ottomans looked soon to come to a close.

The end was nigh. After the Ottoman Empire had been put on notice by the rest of the world at the 1878 Congress of Berlin and seen its territory decrease by a third, it still attempted to control its plaything, the hand stretching across the near Balkans.

Little brother had something to say about that. Rising up in the First Balkan War, the little brothers of Europe pushed back and claimed their rightful territory, expelling the Ottomans from all but a small corner of Europe by 1912.

Undeterred, the Ottomans pressed on, attempting to interest the youth with better official reception to their problems. The Empire remained woefully out of touch with its subjects, though, who abandoned its cause in droves. The military, a collection of those Ottoman men, fought bravely on, holding off larger and stronger bluebloods in World War I until finally, at long last, the resistance was broken, the leadership scattered, and the Empire no more. 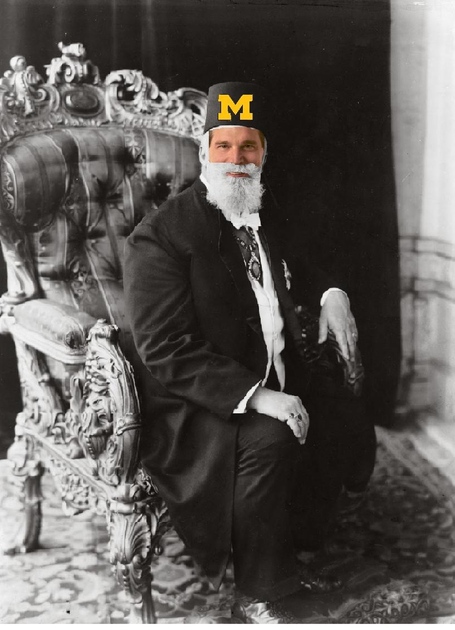