There are bar tours, and then there are State College bar tours.

Share All sharing options for: B1G 2014 // OTE is going on a State College bar tour

I know admitting this will probably get me kicked off the website, but I don't do a whole lot off smoking. That's why, instead of a "Smoking Room" post today, we're going on a good old fashioned State College bar tour. The central Pennsylvania town is perfect for such an activity because the bars are packed so closely together that even a "tipsy," stumbling college student can find his or her way from one to the next without wandering into Beaver Avenue traffic.

So grab the matching t-shirts I sent out earlier and try to pace yourselves. It's going to be a bumpy ride. 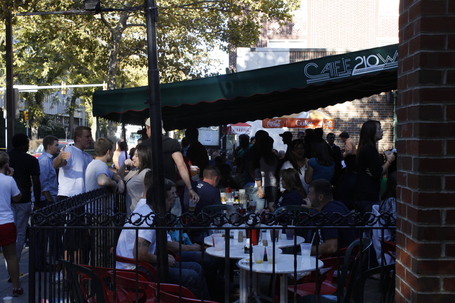 Known for: I've never been inside this place, because the day drinking factor is tremendous. There are still lines to get in at night, but the real draw is sitting outside with your buddies after class on Friday and finally relaxing after a week of hard work. Of course, if you're a senior, you probably didn't have class on Friday, so you can just drink outside all day.

Food: There's definitely food here, seeing as how it's a great place to get a buzz on for lunch. I just don't remember anything standing out to me. It doesn't really matter, since it's hard to make a burger and french fries that doesn't go well with a pitcher full of American light beer.

Atmosphere: Since the outdoor seating area is so close to the street, Cafe 210 is one of the top people watching spots in the town. Plus, if you see someone you know, you can entice them to ditch his or her next class to join you for some shenanigans.

Sports: I think there are televisions inside, but like I said, I've never been in there! You're probably drinking outside to get ready for the big game, anyway. 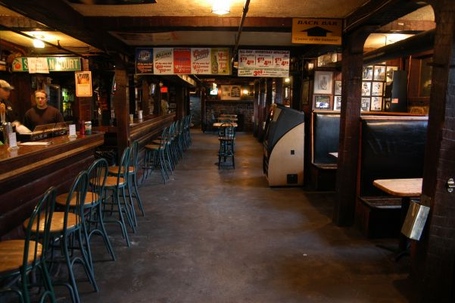 Known for: Being nearly as old as State College itself and hosting classic rock cover band Mr. Hand during the school year. The Skeller is an old school place that's all about grabbing a booth with a large group of friends and letting the stress of college melt off before rocking out to the band in the back room.

Food: The selection is surprisingly expansive, with soups, salads, apps, and sandwiches. I haven't ordered any of it, but I might have to the next time I'm in town.

Atmosphere: The Skeller is a throwback, there's no doubt about that. It's great for remembering the days when good friends and cheap beer were all you needed to have a good time, so put down your phone and grab a Yuengling.

Sports: There's a few small screens scattered around the joint, and maybe even one high-def piece behind the main bar. You can definitely keep track of what's going on while having a good time with your friends, but for a major event, you'll probably want to go somewhere more plugged in.

Known for: Being one of the only bars in State College that will let you in at the stroke of midnight on your 21st birthday. Happy Birthday, bro! I hope you like Guiness.

Food: The menu at the Phyrst isn't big, but it does offer three varieties of cheesesteaks until late at night, and when you're at a bar, kitchen hours are often more important than menu selection.

Atmosphere: It's a dark, damp dungeon of a bar, but the Phyrst livens things up with live music on most nights. Famous State College cover band Go Go Gadjet used to play here before they moved on to Indigo, the biggest night club in town. The wooden benches give off a casual feel, until you bang your knee on one trying to get back to the bar.

Sports: Maybe one television in this place. It's probably hard to get the reception necessary for scores on your phone, too. This is a good place for drowning your sorrows after a brutal defeat. 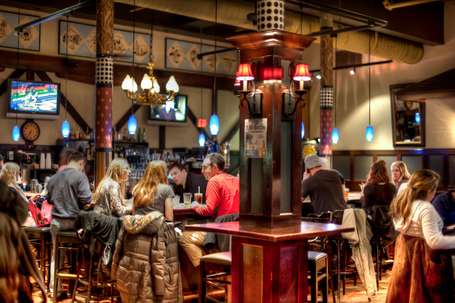 Known for: Pickle's is more bright and lively than most of State College's other indoor bars, and it doesn't get too rowdy, either. It's no wonder I first started going to this place after I graduated.

Food: I was in town during the first weekend of June, and my friends and I stopped by to watch The Belmont Stakes before dinner. I was pleasantly surprised by the wings, which were covered in a hot sauce that was infused with peanut butter. It sounded like a strange concept, which is why I tried it. Whoever thought of it is a genius.

Atmosphere: This isn't the place to go when you raging out of control as a college student. On the contrary, I did have a really good Long Island ice tea here a few weeks ago. Was it a special just for The Belmont Stake (which take place on Long Island)? I hope not, because the one served up by Pickle's is good enough to be served all year round. And if that's not your thing, they also have a pretty decent selection of beers on tap.

Sports: It's more of a chill place than a pure sports bar, but Pickle's has enough screens on either end of the room to keep track of the games from the tables or the bar. The put the sound on for the horse race, which is always great, but it could have been a bit louder. 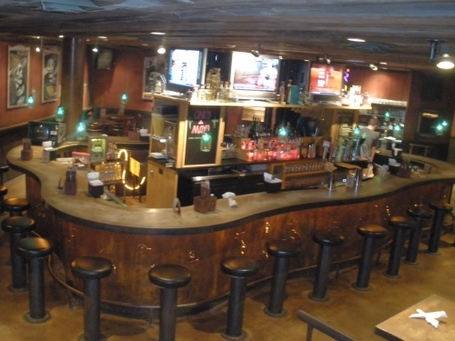 Known for: You can't really have the whole Mad Mex experience until you've downed a Big Azz Margarita, which is not only delicious, but will get you happy in a hurry. When the weather is actually nice in Happy Valley (not often), a frozen margarita really hits the spot.

Food: One of my biggest regrets about my college days is that I didn't take advantage of unlimited mini-burritos on Monday nights nearly enough. There's a lot to love about the food at Mad Mex, but the best stuff there are the giant burritos and fajitas served with generous portions of meat and fixings.

Atmosphere: The indoor "restaurant" part of Mad Mex is a little dark, but at least there's more space than at the other "dungeon" bars of State College. Still, you might have to venture in there to enjoy a mararita on a nice day, because the outdoor seating fills up quickly. On the other hand, there's no better way to pass the time waiting for a table than sipping away at sweet, tangy goodness.

Sports: The indoor bar is surrounded by flat screens, and there even some televisions behind the outdoor bar, making Mad Mex a good place for watching the game, dinner, or whatever.

Known for: Bar Bleu is one of my favorite State College bars, but it's not because of the giant Fish Bowls, which appear to be a huge mix of liquor and food coloring served up in a giant goblet. I'll just have a beer, thanks.

Food: I mentioned the fried pickles in Tuesday's potluck, but it's the barbecue and wings served here make it one of the best bars to eat at in town.

Atmosphere: Although there's a downstairs area that's a little more like a club, I tend to stay upstairs, where there are enough screens and beers on tap to follow multiple football games at once. I love coming here after noon Penn State games and getting my fill of wings and beer while watching the afternoon contests.

Sports: Bar Bleu is one of the best spots to watch a game at in State College. There's even a "lounge" area with cushy sofas and multiple screens mounted on a wall. Even those seats are taken, there's still plenty of viewing angles thoughout the bar. Plus, the variety of drinks on tap ensures that overtime is never an issue. 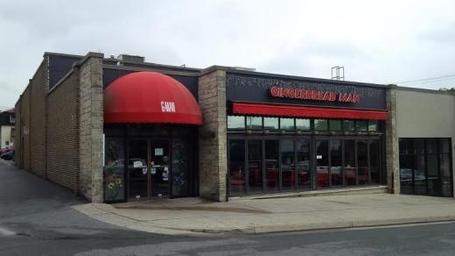 Known for: G-Man was always a fun place to eat and drink, and I made sure to include it here because it is closing in the near future. At least State College is getting a Primanti Bros.

Food: I wasn't a huge fan of the food here, but the giant "wedges" that G-Man served up were a great way for clever students to feed themselves for multiple meals. They weren't too expensive and were always way too much food for one sitting... unless you were on the tail end of a bar tour and were REALLY hungry.

Atmosphere: Very informal and fun, plus it' above ground. It's a little generic, though, and doesn't have that old school feel of bars like Phyrst and The Skeller.

Sports: There's a big projection screen that's great for watching big games, but the real competition that goes on at G-Man is beer pong contests that it occasionally hosts. Just about ever frat in town has one guy who think he's the Lionel Messi of beer pong, so these can get pretty heated.