Share All sharing options for: B1G 2014 // The Nebraska Potluck Part I

It's Nebraska week, which means we are going to the state where steak is a staple, corn is a vegetable, and various colors of beige reign supreme. If you thought to yourself, "Um, that doesn't sound so bad," then you've come to the right place. Or, you're a midwesterner. Either way, part one of the potluck looks at B1G West QBs, Tommy Armstrong's potential, the 'blackshirts', Jet Sweeps, and what Nebraska's defense will do next season. Good times! 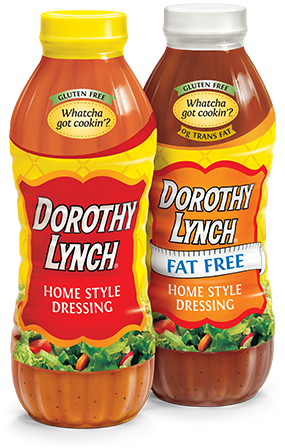 Appetizer: Dorothy Lynch Cheesy Chicken Dip - If you haven't heard of Dorothy Lynch, you probably aren't from the Midwest. This dressing was born in the heart of Nebraska and serves to prove that Americans don't like French things. That, or it proves we like really sweet orange colored dressings. Either way, this recipe is right from their website. It looks... interesting. I guarantee this is actually being served at a potluck right now. So from Dorothy Lynch to Tommy Armstrong. Let's get to it.

Last year Tommy Armstrong Jr. got significant playing time filling in for the injured Taylor Martinez. While most of his stats look fairly blah, at best, he is the strong leader for starting QB come the first weekend. Realizing that the B1G West will probably be decided by which QB between he, Rudock, and Stave, is most consistent, how do you see him faring this year? More importantly, how would you honestly rank the three? Does Armstrong's running game look to cause other teams issues this year?

As for Armstrong's running game, it could cause teams issues if used correctly. I like the idea of Nebraska running some read-option, mesh kind of action as a means of freeing up both Abdullah and Armstrong on the ground, then pulling that back and getting Bell to beat fools deep down the sideline.​ That's not a panacea, obviously, but certainly would be a great means of making teams commit to one and freeing up the other.

Mike Jones: Disastrous. That's what I think of when I read the name Tommy Armstrong Jr. Disastrous. In his first season Armstrong only completed 51.9% of his passes and threw 9 TDs and 8 INTs. Hell, Zac Lee completed 58.6% of his passes in 2009 and Taylor Martinez in his worst year completed 56.3% of his passes. Admittedly, completion percentage isn't everything but it is telling that he can barely complete over 50% of his passes and CAN'T RUN. It's great that Abdullah is back but the Huskers only return what, one offensive lineman? Unless the plan is to run Abdullah into the ground the Huskers are going to need to find a nice balance in the passing game. That means Armstrong actually needs to get the ball to Kenny Bell consistently. I would have to say Stave, Rudock, Armstrong. And what's with Nebraska quarterbacks and their awful throwing motions?

Green Akers: The handful of reports about Nebraska's offseason that I've paid attention to seem to indicate that Armstrong's taking to the off-field aspects of being 'the guy' pretty well. He doesn't have the straight-line speed or slipperiness that Martinez did, but from what I saw of him last year, he does have a knack for the option that should fit Nebraska's desired offensive scheme pretty well. As a passer, he leaves plenty to be desired, but he's still only a redshirt sophomore I think, so some progress in that area is reasonable to expect.

Were I to rank those three dudes, I'd put Rudock out front, Armstrong second, and Stave third. Each has their issues, but also enough strong supporting pieces (Scherff, Abdullah, Gordon, etc) to cover up the occasional snafu, so I'm actually not convinced that their play will necessarily be the deciding factor in the West.

C4B: Allow me to preface my answers by saying the last time I paid any serious attention to Nebraska football, Eric Crouch hadn't yet flamed out of the NFL.

As for the rest of this question, *shrug*

Aaron Yorke: I expect Armstrong to perform much like he did last year: low completion percentage, but with some decent yardage totals thanks to a few long completions. If he can keep the interceptions down (eight in 131 attempts last year is not great), he can be an effective leader of the offense. Right now I would rank the B1G West QBs as 1) Stave, 2) Rudock, 3) Armstrong, but your boy should be able to close the gap some with his playmaking (ie: running) ability.

Jesse: I am absolutely not-objective when it comes to Nebraska QBs. Until proven otherwise, I believe they'll be wildly inconsistent with the hope that they just do enough to keep the offense moving. That said, I do think Armstrong will get better than he did last year. I have no doubt that he did not expect to play as much as he did. While that's not really an excuse, it's just reality. This was Martinez's team and offense, and now we have an opportunity to see some growth and creativity out of Armstrong. You know, that or angst.

As for rankings? I'll be honest, this was an interesting question to float out there because I think a lot of people are down on Stave. I think the rankings should reflect Stave, Rudock, then Armstrong, especially on production. I do think that this changes by the end of the season. 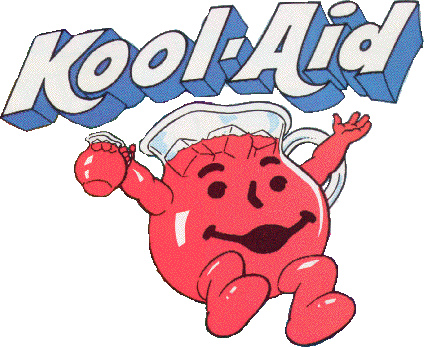 Salad: Kool-Aid Fruit Salad - I promise there is no way I would eat this, but it looks like something that I've seen at potlucks. Anyhow, Kool-Aid is also a Nebraska product, so yay? I don't know. I love me some Kool-Aid, but finding recipes with the stuff was more difficult than I would've liked. You know what else is difficult? Watching Nebraska defend a Jet Sweep.

I talked about it a little bit in the Cocktail Party Preview, but by the end of the season, Nebraska's defense was starting to actually resemble a pretty stout unit. Sure, there were still momentary lapses in judgement, but as a whole, that defense improved immensely from the Wyoming game. Looking at the relative youth of the team plus the experience gained, how do you see the Blackshirts doing this year? What do they need to do to regain some semblance of pride? Will they be able to stop a Jet Sweep?

MNWildcat: I see the Blackshirts, in honor of their 92nd anniversary of their greatest triumph, marching all over Rutgers and briefly assuming power of the B1G West. By the end of the season, I sense Nebraska fans will be spitting at Pelini's hanging body in the streets of Milan, Nebraska. Metaphorically, of course. (Read a book, kids.)

Mike Jones: I refuse to answer this question as I refuse to address any question that refers to a Bo Pelini defense as "blackshirts." Following the defensive disaster against Wyoming and allowing 271 rushing yards to Minnesota I'm on the "blackshirts are dead" train. Plus, this question didn't talk about Michigan State's defense. WHY?

Green Akers: First, I'd argue that containing Teh Best Playur Wut Evur Footballed PAWWWLLLLLL in Todd Gurley during the Gator Bowl should have given Nebraska a bit of street cred already. But if it hasn't, merely continuing on the curve of improvement they established the last few games should get that particular job done. As I understand it, Bo's scheme isn't the easiest thing to grasp, so you'd expect much better results with a more seasoned unit. Minus a couple of standout DBs, the lion's share of the defense's playmakers are returning, so like with Armstrong, continued progress should be assumed.

I actually don't think Nebraska's defense (I'll call them Blackshirts when they play like that in this conference) needs to be a suffocating, elite unit to regain its pride. They just need to not shit the bed, such as against UCLA, and avoid doing so for a full season so that memories like that one and the CCG against Wisconsin can start to fade.

C4B: In order: Decent, something more than nothing, LOL nope

Aaron Yorke: Yeah, the Huskers did look respectable on defense at points in 2013, especially in the Capital One Bowl upset over Georgia. I expect they'll take another step forward this season, especially with no Ohio State or Michigan on the schedule. To regain pride, the Huskers have to do one thing and one thing only: Slow down Wisconsin when the two sides go head-to-head on November 15. It will be their first meeting since the jet sweep game, and Melvin Gordon is still in school, so Nebraska will have a chance to prove that things have changed.

Jesse: Again, writing your own questions means you've probably already answered them. I think Nebraska makes steps forward on defense, and my hope is that they just avoid the absolute meltdowns like they did against Wyoming, UCLA, Minnesota, etc. The Gator Bowl gave me hopes that maybe - maybe - this team is starting to turn the corner. The front seven looks to be better than it has in a while, and the secondary has playmakers. At minimum, this unit better start getting better and more consistent... you know, because if it doesn't, Bo could be in trouble.

Check back later for part two where we look at Pelini, what in the world he could do to get fired, KickerU, best kicks, and bonus food questions.