Because what says hate better than self hate? Especially when the person self hating is not really self-hating at all. If you didn't hate Nebraska before, this might help...

[Ed Note: I asked my friend Salt Creek and Stadium to pen some thoughts on why a person might hate Nebraska. After all, who hates Nebraska more than Nebraskans? The following is an open letter to the Big Ten. Note: If you choose to go after someone with pitchforks and torches, I highly recommend Salt. He's in Georgia, though.]

To the Big Ten membership and OTE denizens,

My name is Salt Creek and Stadium, and I am a Nebraska fan. I wanted to take this moment to apologize profusely to the rest of the Big Ten for Nebraska's various transgressions.

First, I want to apologize for our fans. Decades of cheering as the "GREATEST FANS OF COLLEGE FOOTBALL" have made us insensitive to the plight of other fans and unable to truly appreciate the changes in the college football ecosystem. We failed to appreciate these changes and should be thankful to the Big Ten for working so diligently to bring us to their level. Change is hard and accepting the Rose Bowl as the true pinnacle of achievement has been difficult for us. We truly must admire your love of Los Angeles - you may actually like LA more than some of the people that live there.

We truly are in the wrong for expecting Nebraska to be successful. I can only hope that in future we learn to modulate our expectations like our Big Ten brethren. (Look to our "PINSTRIPE BOWL OR BUST" slogan for the 2014 season as evidence of our contrition!)

In the spirit of contrition, I'd like to address all of the aggrieved parties directly:

To Purdue, we're just sorry about the football thing.  And Randy Gregory. That was awkward. But hey, thanks for finding the way to the Moon. It'll come in handy when our beef cattle ruin the environment with their gaseous emissions.

To Northwestern, well, we're sorry for this. Like really, really sorry.

And we're sorry for the silent count thing. And claiming Chicago for the weekend. We know how important that is.

(We really are jerks to you guys. Sorry.)

To Minnesota, we're sorry for waiting fifty three years to lose to you at football. (Oddly enough, the last time you beat us, you won a national title. So...what happened?)

We're also sorry that you have to be neighbors with both Iowa and Wisconsin. That must suck. Between that and your sports teams, it is a wonder that anyone lives there.

To Iowa, we apologize for not bowing down to your greatness. Your team, with your one victory since 1981, is the superior one and only people who ignore context can truly appreciate that fact. We are considering renaming our field after Hayden Fry to truly honor your greatness and to correct this egregious mistake.

Also, we're sorry to everyone that THIS happened:

To Illinois, I guess we're sorry about Lincoln not actually being more boring than Champaign-Urbana.

To Wisconsin, I'm sorry that we didn't choose a better color scheme for you guys to steal. Though how you managed to take boring and make it even more boring is truly incredible. Must be that AAU learnin'! (We do ask for a little credit for taking care of that Bert problem you had. You're quite welcome.)

To Michigan, I'd like to say we're sorry about ruining Hoke's home win streak. But I'd be lying. I honestly can't think of anything else we're really sorry about. So I guess I'm sorry about that? (We're still waiting for you to apologize for taking a share of the title in 1997.)

To Penn State, we're sorry that there is not a third dimension for showing that one angle where that fumble didn't happen until after the touchdown.

Granted, we didn't set up the cameras so, whatcha going to do. But at the end of the day, Pelini couldn't have more than 4 losses and well, we really, really needed to lose our bowl game.

(Oh, and you totally would've won in 1994! If only the Rose Bowl didn't have compromising photos of the Big Ten! So go ahead and claim that national title, slugger!)

To Indiana, we're actually not sorry about beating you in basketball. If you'd just play us in football, you might actually beat us at basketball. Just a thought. Stop ducking us by picking up schools like Maryland and Rutgers.

To Michigan State, a sincere apology for Taylor Martinez. Just think how great your defense could've looked in 2011 and 2012! I'm just glad Nebraska was willing to let you showcase that ALL GALAXY defense of yours this past season. Please tell Mr. Sadler that we'll leave a lane open for him this season too.

(And a hearty congratulations on the Rose Bowl win! You guys TOTALLY could've taken on Florida State!) 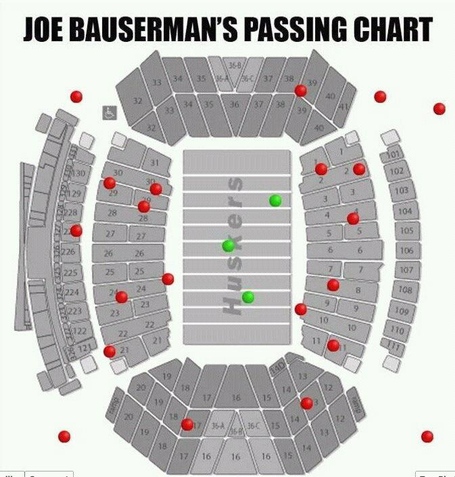 That was not cool. But hey, at least it gave rise to some fun times for the Nebraska faithful last fall! So thanks for that.

Speaking of Pelini, we're sorry that Urban Meyer appears to be exhibiting early symptoms of Ohio Coach Big Game Syndrome. Having experienced that for the past six season, we can only recommend copious amounts of dark liquor. (Please check for hidden microphones before ranting, Urban.)

To the academics in the Big Ten, particularly those at Wisconsin or Michigan, I want to apologize for forcing your school's presidencies to actively vote one of your contemporaries out of the garden party ivory tower EXCLUSIVE CLUB. I realize that isn't something you enjoyed doing. I can only hope that Nebraska takes the hint and stops devaluing your diplomas. Truly, I feel horrible about this. 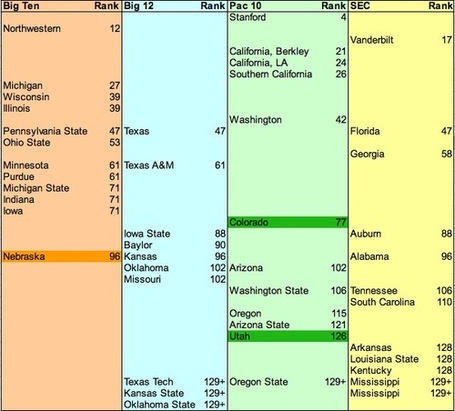 To any and all visitors who happened to try a Runza Runza, we apologize and wish your colons a speedy recovery.

To any and all visitors who has witnessed the "Pride of All Nebraska", we ask your forgiveness and hope that you don't hold that against us the next time you're asked if Nebraska is more boring that Illinois.

To those who were fooled and thought that the blue flag with the so-called "Seal of the Great State of Nebraska" on it was the state flag, we apologize for the confusion. 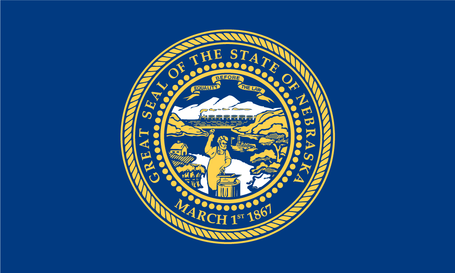 To anyone who has had to drive to Denver by way of I-80 West in Nebraska, all we can say is "at least it's not Iowa".

Finally, I want to apologize for perhaps Nebraska's most egregious creation, ahead of the McRib, Kool-Aid or Dorothy Lynch:

I want to apologize that this is a thing.

There is literally nothing we can do about it. 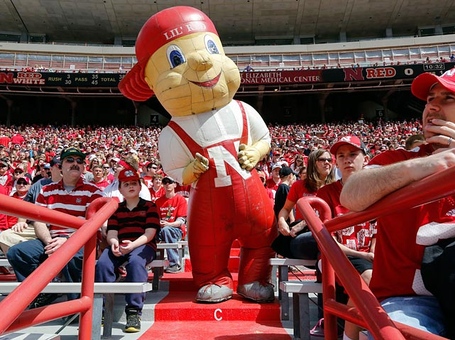 It is the jet sweep of college football mascots.

Again, to all the aggrieved, our deepest and somewhat sincere apologies. We hope that this karmic cleanse is enough to save us from the chaos that will surely come this fall.

But let's admit it, Nebraska is destined to lose to Rutgers on the way to four losses.