May the record reflect that 2014 is going to be the greatest year in Rutgers Football History.

Your Honor, members of the OTE writers room, ladies and gentlemen of The Empire of Off Tackle, my client stands falsely accused.

The prosecution would have you believe that the football team of The State University of New Jersey is guilty of Impersonating a Legitimate Big Ten Conference Team in The First Degree. At this time, the defense will present a series of qualifications and factualizations that present an irrefutable argument that the Rutgers Scarlet Knights of Football are not only an upstanding member of this grand conference, but a better-than-average B1G Conference Contender.

I. Case History and Opening Statement

If it pleases the court, I direct your attention to the 2013 Rutgers Scarlet Knights. Upon cursory review, the Knights' 6-7 record and well-documented late-season collapse might suggest a team that is in fact imitating a member of the premier American college football league. However, I would ask most respectfully, your Honor, that we investigate this season with greater scrutiny to examine whether 2013 was an indicator of future returns or an aberration triggered by the confluence of three key factors: 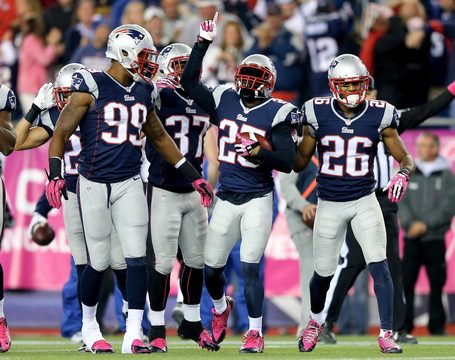 I call your attention to the result of the 2013 NFL Draft, whereupon seven of Rutgers' finest players were drafted into the ranks of the National Football League. Not only was this an unprecedented exodus of talent to the premier professional football league in the land, but 3 players from the defensive secondary were drafted, leaving Rutgers perilously thin at cornerback and safety, two positions critical for playing against the high-octane spread offenses of the American Athletic Conference.

Adding to the derth of available defensive backs, a season ending injury to starting CB Lew Toler and the unexpected transfers of starting CB Ian Thomas and backup CB Jevon Tyree left the Rutgers secondary exposed and vulnerable. Accordingly, please direct your attention to Exhibit B: 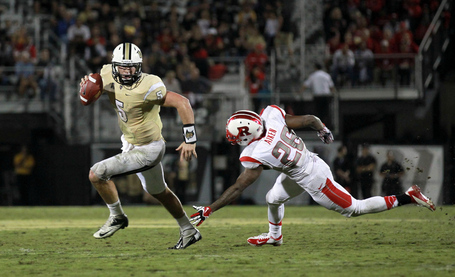 While Rutgers' defensive line and linebackers controlled the line of scrimmage, leading to a Top-5 Rushing Defense, the secondary was torched by an inordinate number of elite quarterbacks.

Need I remind the court that - for context - the only NFL quarterback drafted from the Big Ten last year was...

I'm sorry your Honor, my notes indicate that in fact no Big Ten Quarterbacks were drafted last year. I request a 5-minute adjournment to confirm with council.

Okay, we're back. Thank you your Honor. We have confirmed in fact that no Big Ten teams had a quarterback drafted last year. I know...I know, we were surprised too. 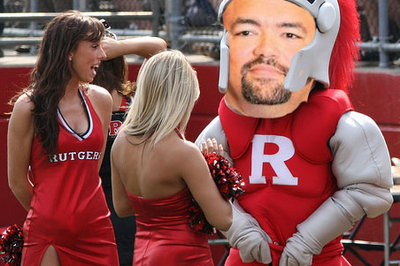 Nothing further, your Honor.

If 2013 showed us anything, it was potential. Key players in the secondary gained experience, the offensive line solidified, and we established new playmakers moving into 2014. Combined with a coaching staff featuring at least 60% less derp, all three phases of the game should be moving in a positive direction this season.

On offense, RB Paul James acquitted himself nicely, entering the upper echelon of running backs before suffering a series of nagging injuries. TE Tyler Kroft emerged as one of the nation's top tight ends, eventually leading Rutgers in receptions and receiving yards despite the presence of two NFL-caliber receivers. Leonte Caroo showed a preternatural ability to get into the end zone from the receiver position. This trio of players form an outstanding core set of skill players on the offensive side of the ball. 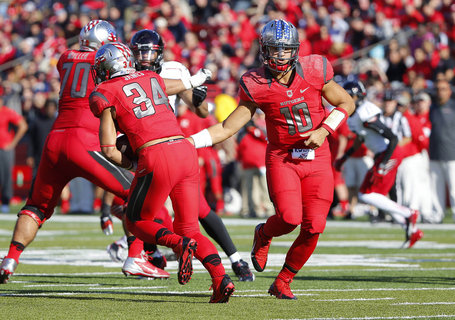 We know Rutgers will run the ball with workhorse James and scatback Desmon Peoples. The major question will be whether we get Gary superNova (see 2013; first half) or Gary turNova (see 2013; second half). Nova has proven ability to beat any team Rutgers plays with throws all over the field, or beat Rutgers with interceptions all over the field. The hope - and early scuttlebutt - is that new Offensive Coordinator Ralph "The Fridge" Friedgen will bring out the best in Rutgers' starting senior Quarterback. Indeed, the fate of the offense rests on his right arm.

Turning our attention to the defense, there are fewer questions, though plenty of concern. Once again, Rutgers looks to be one of the best teams in the nation at stopping the run. In addition to growing into a great team leader, DT Darius Hamilton looks to be a one-man wrecking crew, with athletic linebackers Steve Longa and Kevin Snyder backing him up. Anything outside a top-15 Rushing Defense rating for this defense should be considered a disappointment.

In the secondary, concerns remain. While last year's true freshman starting cornerbacks Anthony Cioffi and Nadir Barnwell are talented, athletic, and gained valuable experience in 2013, the unit is already experiencing attrition due to injuries to Barnwell and nickeback Gareef Glashen. The situation is so bad that Flood pulled talented RB Justin Goodwin to the defensive side of the ball to shore up a cornerback position that featured freshmen or sophomores at seven of eight positions on the spring depth chart. If there will be a downfall for the Knights, it will likely be in the secondary.

On special teams, Rutgers' recent history of outstanding play in every phase should continue. Scholarship long snapper Alan Lucy takes over for 4-year starter Rob Jones while Kyle Federico and Joe Roth bring steady performance to both kicking spots. Australian transfer Tim Gleeson is an unknown, who brings a big leg and a lot of upside from down under.

The coaching department could be the biggest upgrade on the banks though, with former Maryland Head Coach Ralph Friedgen heading up the offense. The highest-paid coordinator in Rutgers' history is one of the most noticeable benefits of Big Ten membership and budgets. New Defensive Coordinator Joe Rossi performed well against Notre Dame in the Pinstripe Bowl and has figured out that you can't line up DBs 15 yards off the ball on every play (who knew!). Greg Schiano discipline Bob Fraser returns for another term with the team as ST Coordinator and has always produced exceptional results. This should be one of the best coach staffs in Rutgers history.

A. What OTE Wrote About Rutgers This Offseason

Dear Maryland and Rutgers, Welcome to the B1G

B1G 2014 // Welcome to the Rutgers Smoking Room: Off Topic Empire

B. What Can We Learn From Pop Culture

As you will see below and across the "World Wide Web" heretofore referred to as "Dummies on the Internet", Rutgers has been pegged for Purdue-level incompetency in their first year of Big Ten play. As my client will demonstrate over the course of the season, both the Off Tackle Empire Writers Room and the entirety of the Dummies on the Internet are wrong.

Not only will Rutgers run through the non-con schedule with great aplomb, they will post respectable results in conference play. You have been informed thusly.

We will be sure to remind you that we informed you thusly frequently and with vehemence throughout the season.

When it comes down to it, my client has already proven its innocence. The State University of New Jersey has escaped Football Purgatory Hot Hot Hell to join the most storied conference in all of college football. The Scarlet Knights of Football get to play in some of the most amazing venues in all of sport against some of the best venues the world has to offer and our fans get to go toe-to-toe with some of the gee-howdy nicest fans you'll ever meet.

My client will prove without a reasonable doubt that they belong in the conference - in fact, it will do so in short order.

I direct the jury to the events of Saturday, September 13th, 2014 at approximately 11:00 PM. At this point, the boys from Rutgers - and the greater New Jersey and New York metropolitan area - will be reveling in the landmark victory over known jerk James Franklin and the team from Pennsylvania.

I direct your attention to Exhibit D, "The Parade of Dummies":

Here, you can see that every one of the corrupt, contemptuous and borderline criminal members of the Off Tackle Empire Writers Room is in on the agenda to disparage, slander and defame my client, with the notable except of OH GOD...OH GOD THE ONLY WRITER WHO RESPECTS US IS THE TTFP GUY. REALLY!?! COME ON PEOPLE! COME ON!

Esteemed members of the jury, people of Off Tackle Empire, hacks in the writers room, I submit to you that Rutgers will prove its innocence as an impostor and be competitive in Big Ten play in 2014. These talented athletes will stop the run, make big plays in the passing game and grind it out with a punishing run game, allowing Rutgers to run the table in non-conference play and bring a respectable performance to the Big Ten slate. Dummies be damned, this is going to be a great year for The Scarlet Knights of Rutgers.