The Struggle is Real in the Empire.

Share All sharing options for: Sunday Morning Coming Down // Week 3

A punch-drunk week 3 for the B1G and its erstwhile Great Powers. The giant came out staggering and the opponents went right back to work. This can't go on forever, right? Right?! At some point, the vanguards of the Big Ten have to start winning the big games against quality opponents. Or even mid-grade opponents. I mean, reversion to the mean is real thing, isn't it? Let's hope so, because we have two and a half more months of football, or football-like efforts. 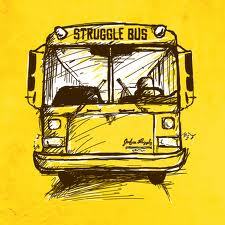 Kent State at Ohio State. Well, that was a snoozer. It's great that J.T. Barrett hammered the Kent State secondary. He's a capable passer he's not being blasted into the turf by three Hokies. So, I guess Urban Meyer will just have to arrange for future opponents to never run Cover 0, Inverted Cover 2, or any kind of blitz. Michigan State, please revise your defense accordingly. Seriously, this is a was good confidence-builder for the Buckeyes, and one that was sorely needed. On the downside, VT couldn't have hurt the Buckeyes' stock anymore than they did against E. Carolina yesterday. Next up: Cincinnati

WVU at Maryland. The Terps went into this one as 3-point favorites, but the Mountaineers flipped the script. WVU's Clint Trickett put on a passing clinic, piling up over 500 yards of offense for the ‘Eers. Maryland battled back to erase a 22-point deficit on the back of solid offense and special teams play. Too little, too late, though. A field goal sealed the turtle herd's fate. On the plus side, the Terps only gave the ball away once this week. But when you let the other team throw at will, it really doesn't matter much. Next up: at Syracuse

Indiana at BGSU. First, there's the oddity of traveling to a MAC school in week 3. Beyond that, there isn't much to say except that this was a pitched battle with almost no defense to be found. If BGSU puts up nearly 400 through the air on you, you might need to re-think your secondary situation. Kudos to BG for playing to win instead of trying to limp it into overtime. As so often happens, a turnover tipped the balance. Tevin Coleman's 4th-quarter fumble stopped a Hoosier drive that would've extended the lead, and BG turned into points. Flashes of brilliance from the IU offense, but the defense looked like a no-show. Next up: Mizzou

Iowa State at Iowa. Fire Kirk Ferentz. You want to tell me I'm wrong, I know. But I'm not. Rudock managed a 66% completion rate on the day, but that's where the good news ends. Iowa was beaten in nearly every conceivable category. The Cyclones had more 1st downs, more total yards, more yards per play...the list goes on. Perhaps the most damning stat of all is that Rudock was dropped four times by the Cyclones. Iowa did not record a sack all day. The Cy-Hawk Trophy heads back to Ames, leaving more questions than answers in Iowa City. Next up: at Pitt

Miami Hydoxide at Michigan. Without Funchess, Michigan rode the bus for a few stops before they finally got it together against a Miami team that hasn't won a game in almost two years. Even so, Gardner ended the day with an anemic 13-22 passing and an interception--one of three Michigan turnovers for the day. Derrick Green's 137 yards rushing made the difference. A win is a win, but Michigan should've looked sharper than that after the drubbing they took last week. Next up: Utah (Note: Thanks to reader for Ordinary Joe for the correction on my chemistry.)

Illinois at Washington. Does a trip to Seattle count as a "nice thing"? The Huskies thumped the Illini in convincing fashion, including a pick-six and fumble-six (is that a term? It is now) by UW linebacker Shaq Thompson. Wes Lunt threw for 230 yards, but turnovers and miscues made it nearly impossible to turn those yards into points. The struggle is real in Champaign. Next up: Texas State (hooray!)

Minnesewda at TCU. Good God, Gophers. Outgunned from the opening kickoff. Five turnovers didn't help. Whoever predicted that Minnesota would pound the ball down TCU's throat saw that prognostication evaporate into 2.5 yards per carry. This was an old-fashioned ass kicking. Next up: San Jose State

Purdue at Notre Dame (Indianapolis). I'm giving Purdue a pat on the back for this one. No one expected anything out of you, and you went out there and balled a bit. Sure, you were never gonna win this one, but you made it a game. Welcome to the topsy-turvy world where Purdue mounts a better effort against the Golden Domers than Michigan could. Without the three turnovers...who knows? Next up: Southern Illinois

Penn State at Rutgers. Rumble in the urban jungle! If I could have two wishes, I'd use the second to go back in time to 1990 and tell everyone that in 2014, the first B1G conference game of the season would be Penn State at Rutgers. Both teams came out swinging in attempt to establish dominance in a burgeoning rivalry between the two eastern outposts of the B1G. As is so often the story, turnovers and defense made the difference. Rutgers maintained their national dominance in kick-blocking, stuff two against Penn State. At the end of the day, though, Penn State clamped down on the Rutgers offense in the second half. Hackenberg came alive when PSU needed him most, and Rutgers suffered its first B1G loss. Penn State is now off to its first 3-0 start since 2009. All things considered, it was a very good week for Penn State fans. If you're a PSU fan who likes iPhones...flawless victory. Next up: UMass

Nebraska at Fresno State. As one OTE writer put it, "sure, why wouldn't a B1G team make a West Coast trip to play a late game? It's apparently what we do." Nebraska opened this one up with a 70-yard TD pass on the fourth play and never looked back. Abdullah was untouchable for most of the night. It was nice to see Nebraska get past a cupcake as though they're a cupcake this week. Next up: Miami

So after three weeks of the 2014 season, the B1G is 1-and-9 against opponents from the Power 5 conferences. All is not well in the Middle West. Who would've ever thought that the only two undefeated teams in the B1G going into the last week of non-conference play would be Nebraska and Penn State? Welcome to the weight of adjusted expectations in 2014.