Good Morning OTE! Last week, I had every intention of not having to do something catastrophic for the B1G. After all, wouldn't it have been nice if we could have compared the B1G to something nice - Illinois notwithstanding. Then our favorite teams had to go out and get clobbered. Going into the weekend, most all of us expected potentially the worst. We had five P5 matchups, a sneaky Navy team, and who knows with Purdue playing anyone. A losing record on Saturday was totally in play.

Then something funny happened. Almost everyone won [stares directly at Michigan who hangs it head and walks off slowly]. Seriously, that was probably the single best Big Ten gameday I remember in a long time. 12-1, 4 P5 wins, and the top of the pack looked really good. So no fires, natural disasters, comparisons to various Michael Bay Movies (which was totally in play depending on how the weekend went), and instead we get to bust out something the writing team suggested very early on: The Farm Animal Power Poll!

That's right, there is nothing more Big Ten than being really really excited about farm animals. After all, we're still a mostly midwest, more or less land-grant, agriculturally important, group that probably can't say they don't either a) live on a farm themselves, b) have family that lives on a farm, or c) grew up right around people who lived on farms. This is exciting stuff people.

As a quick aside, if you have ideas for polls, I'm all ears, but go ahead and email me those suggestions to the email on the masthead. I'm going to be honest, I'm horrible at remembering and I'll probably never go back to the comments.

You're kind of a big deal right now, and you know it. You strut around with a lot of aggression, bravado, and ego, and you've earned it. Right now you're the cash cow, and you should ride that good fortune for as long as you can. Unfortunately, you have a razor thing margin for error if you want to go to the playoffs State Fair. If you can avoid getting castrated, you'll be the gem of the lot. You're a little bit jackass, a little bit workhorse, and a lot bit stubborn. We're not sure if that describes your coach or your demeanor as a team, but it fits. It's not always easy for you, and you sometimes look belabored trying to get work done, but you keep trucking along like you know what you're doing and DGAF what other people think, and that's okay. Sometimes it's better to not attract a lot of attention. It let's you just keep plowing away. 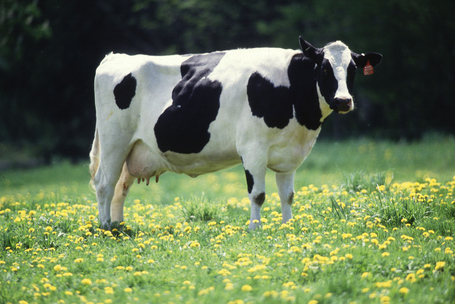 You cheese-loving, milk-producing crazy bunch of cows. You've been bred to be the best at one thing running the ball making milk, and you are really good at that. The bad thing? Sometimes the guys in charge try to get you to do other things, and that usually leads to you being sent to the meat packing plant (I hear that's in Houston). All we want you to do right now is play to your strength, and I think you will be doing just that for a while.

Once upon a time, you were the kings of the world. People were amazed at your grace, stature, and ability to provide for those who were fans. Then you were more or less slaughtered. People wrote you off as soon-to-be extinct. Your fans bemoaned the sheer existence of such people. Now you're back in the real world with people touting your ability to provide again and uh, I'm not sure where else to go with this analogy. Bison is delicious, though. Weird, but delicious. 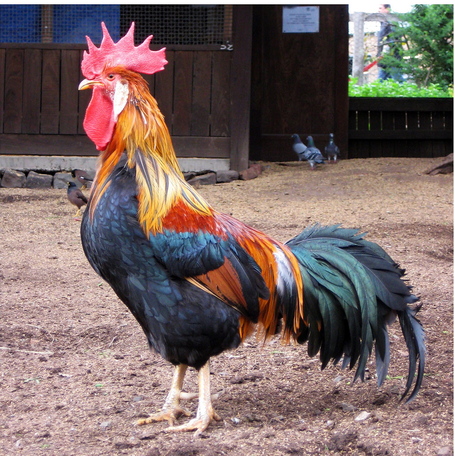 Oftentimes, you are the real king of the roost around these parts. Whether it's the really fancy comb, the bright shining shades, or the... Oh god, I'm describing Rock-a-doodle:

Anyhow, like I was saying... You're used to being the top Cock Rooster around these parts and you usually are the ones waking everyone up with that annoying seven nation army cock-a-doodle-do nonsense. But right now things are a little tense. Will you end up back on top of the barn like you should? Maybe, but it's going to take some work and at this point, we're not sure you're up to the task. 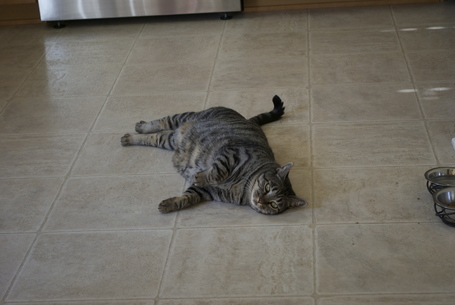 Note: not a farm cat now, but probably was... Maybe. That's definitely my cat. She's sort of fat.

Well, you're here. We're not always sure we want you around, but you look the part and keep multiplying, and hell, you even take care of the mice every once in a while. We all pretend we want you gone, but if we're being honest, we're okay with you so long as you don't embarrass us. At some point, you'll probably jump into a tractor engine and die a terrible death, but for now, let's just relax and enjoy the relationship. We'll even go buy you some cat food... Maybe. Probably not. 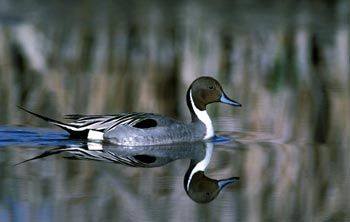 You know the saying, "X is a weird duck."? it's because ducks are really kind of weird. They walk in a straight line and follow whatever it is the front duck is doing, and if you have ever witnessed them eat bugs in that formation, you know it's kind of a strange instinct. You fall into that strange category, and we're not sure if you have a plan or are just winging it, but it was damn successful last weekend, and if that's how you're going to get rid of all those southern bugs, then fine. 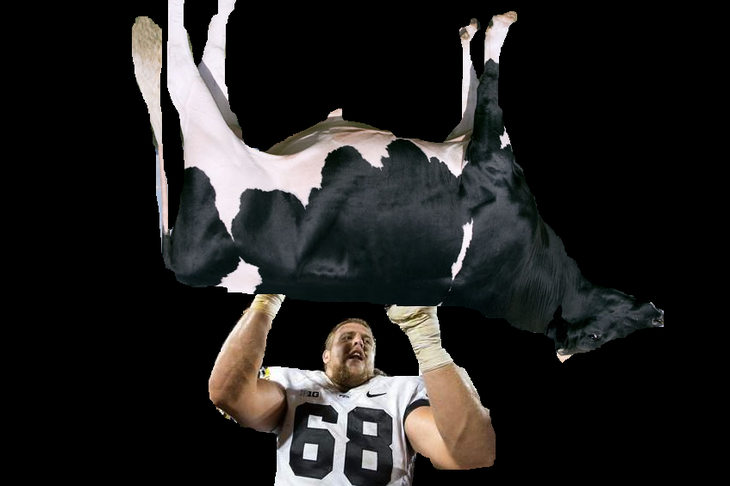 No, that's not going to work at all. We already have a Milk cow, and Iowa can't afford to lose a player to suspension via theft and... let's try again. You produce some of the best outcomes in life, and also some of the worst. Sometimes you're just wallowing in your own feces, just making work hard for everyone and looking defiantly at anybody who doubts you. Other times you're all cleaned up, ready to turn into delicious bacon. Last week it was more bacon, and if we can see more of that pig with long flowing locks of hair, maybe those positive outcomes will start to happen more often.

You definitely have a flair for the dramatic, and it seems you're just really okay with that. A lot of our farmers were unsure if you even belonged as we already had some cows and pigs, and adding a goat was a little weird. But, you acquitted yourself nicely this week when you started to produce wins goats milk that we could use, and now we're just excited that fainting goats entertainment is totally in play from here on out. Hey, you've got entertaining on lock now. There are a ton of different horses out there. Some are trained to be diverse, multi-faceted, showy beasts that can impress any and all of us with its intuition. You are not that horse. You were trained to plow the field in a straight line and dare something to get in your way. So long as that thing in your way is not a boulder, that's absolutely fine, and you proved that last weekend. I'm going to go ahead and say that you might need to learn how to pass the ball avoid those obstacles if you're going to stay useful. There is an old wives tale that you were the chosen national bird by Ben Franklin before we ended up with the Bald Eagle. That's probably about as accurate as the idea that you're anything more than an awkward looking waste of space on the farm. In a lot of ways, we could say that you're like the Rooster, but the Rooster at least can wake us up when it's not producing. You? You just kind of strut around trying to fly and then we slaughter you around Thanksgiving. This year, I think that might happen a little earlier than planned. I know what you're thinking. "Hey, chicken is sort of a nice thing. WE CAN HAVE NICE THINGS GUYS!" Well, hold that thought for a moment. Have you ever seen what it takes to raise chickens? Like, to really have chickens en masse. It's a gross operation that requires a more disgusting mash of sitting in your own filth than even the pigs have. Right now, it feels like you're still hanging out in that chicken coop Illinois, and we're debating if you're going to be worth the effort to keep around. Sure, maybe you'll produce an egg or two, but I think this is one animal we'll be taking to slaughter earlier than later. Definitely a little overpriced, and perhaps overly proud of itself, you're kind of just there. You can't seem to take care of yourself these days, and if we're completely honest, we don't even like lamb that much. Maybe we'll replace you with something else exotic like an Emu or an Ostrich. I don't know... Right now, you are being led to slaughter (damn, this is getting sad for the animals) and we're pretty sure that if you get in a fight with any of the other animals, you'll probably not fare too well. 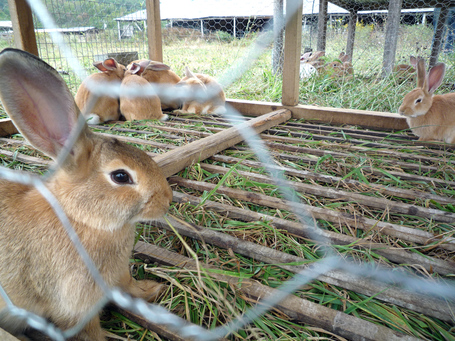 Sure, you think to yourself, "Hey, it's not so bad for me. I live in a cage the size of a shoebox, and there's a good chance I might get food today." Then your owner leaves you in the sun and you die of heat exhaustion. This may or may not have been a story that happened to my wife as a child when she tried to raise a bunny for the fair. Again, I'm really not getting a lot of good analogies at this point in the exercise, but the point remains that you are not looking so hot on the football front and rabbits aren't exactly the most reliable farm animal. Let's call this thing good.