The Big Ten RB Hype is Real: Looking at Who the Best is Right Now

There seems to be a lot of talk about Big Ten Running Backs lately. Let's look at why that's happening.

By Jesse Collins, GoAUpher, MC ClapYoHandz, and Candystripes for Breakfast Sep 25, 2014, 6:00am CDT

Share All sharing options for: The Big Ten RB Hype is Real: Looking at Who the Best is Right Now

With four weeks in the books, there are arguably as many questions as there are answers in the Big Ten. Specifically, it's hard to say that we have a clearcut group of winners and losers. All teams have shown that they can be really good or really bad on any given day, and that inconsistency has led to a lot of consternation around these parts.

That said, one of the bright spots has been the fact that the B1G might house some of the best, if not the best, stable of backs in the country. This year, it has been impressive to watch Tevin Coleman, Melvin Gordon, Ameer Abdullah, and David Cobb run the ball. Currently, they find themselves in the Top 10 of rushing yards per game, boast impressive YPC numbers, and have proven they can catch the ball out of the backfield.

That all said, instead of just bragging them all up and walking away, I figured it would be fun to start doing a semi-weekly piece on who we think the best RB in the B1G is as voted by you all. I reached out to some OTE writers who cover these four backs for some defense of why their guy is the best. While some of them might actually think somebody else is better, their job was to make a case. Consider the following and then vote! 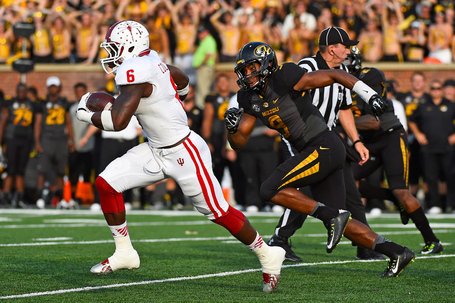 Reasons for Coleman being the best: 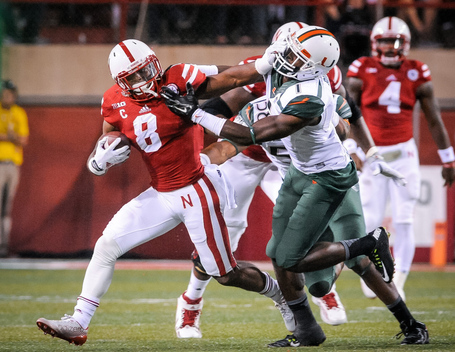 Abdullah is kind of the do everything guy for Nebraska's offense right now, and even with the entire opposition knowing it's coming, he's churning out yards. Last weekend against Miami was an excellent showcase for his diverse sets of skills. Nebraska is arguably 3-1 or 2-2 without Ameer, and he might just be enough to will this team to a pretty special season.

And if those intangible things aren't your cup-of-tea when it comes to deciding who is best, the reality is that Abdullah is now the all-time Total Yards leader at Nebraska, is the 6th leading rusher, worked over a Miami defense that had been allowing the 8th fewest yards per game, and he has a Heisman site: FeerAmeer.com. The guy is just unreal right now. 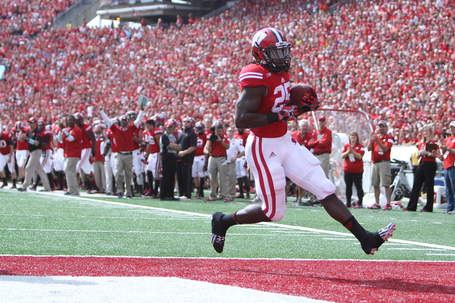 Melvin Gordon is the best running back in the B1G because he's statistically the most explosive RB college football has seen. His career yards-per-carry mark of 8.26 is tied for the best in FBS history with 1940's Army legend Glenn Davis; Georgia's Todd Gurley has the next-best active career mark at a mere 6.49. Gordon averages a run of 10+ yards once roughly every 4 times he carries the ball, and explodes for 20+ yards roughly three times every 20 carries (hat tip to B5Q reader guitmusic11). It became clear after Wisconsin's blowout win over Western Illinois that the only chance a team has of slowing down Gordon is to cram 9 or 10 defenders in the box and hope for the best. Reigning MAC champion Bowling Green came into Camp Randall with that plan in mind, and 13 carries later Gordon had 5 touchdowns and 253 freaking yards. One of those 13 carries was a fumble, notable only because it's the only time Gordon has done that in his 350 career touches. He's already more than doubled his paltry career reception total this season despite Uncle Rico throwing the ball to him. He has the perfect mix of size, strength, agility, and top-end speed (after watching him run against Bowling Green, I am convinced Gordon really was injured in the LSU game...watch his breakaway carry in the 2nd half against LSU vs. some of his TD runs last weekend) to be the most lethal back in the game. The B1G has some real talent at RB, but Gordon stands alone at the top of the conference, if not the country. 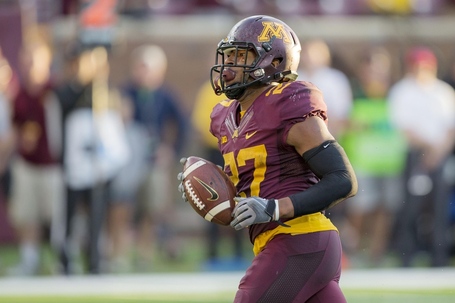 David Cobb rushed for 207 yards in a game where his quarterback completed 1 pass out of 7. In other words everyone knew he was running and he still ran over everyone. That's simply impressive. Oh, and that QB stole 161 of his yards. And he still got 207! I mean, COME ON!

//no seriously, I'm sure that had nothing to do with it

So there you have it. While each of these four backs has been good to this point in the season, now comes the real test. Vote for who you think is the best, and if you think another B1G back deserves credit, let us know in the comments.