Because Beer makes everything better.

Talk about a debut, huh? Filling in for the injured Collin Ellis, Walker couldn't quite live up to the two pick-six legend...but that's OK, because he did it on a bigger stage, all but sealing the win for the Wildcats with his 49-yard INT TD on the first play of the fourth quarter. Walker opened up his big day with a huge hit on Bill Belton on 3rd-and-1 on the first Penn State drive, stuffed Zach Zwinak behind the line on 2nd-and-10 in the second quarter, and finished the day with 8 tackles, half a tackle for loss, and the pick-six. On a monster day for the Northwestern defense, Walker filled the gap left by the senior leader Ellis and certainly made a name for himself.

Some, in fact, would call Walker's performance and Northwestern's upset quite the...coup d'etat? In that vein, I'm bringing back what was my favorite part of the POTW series: Beer of the Week! For Walker's fantastic performance, I offer you all a rising Chicago brewery from Logan Square: Revolution Brewery and their Coup D'Etat saison. 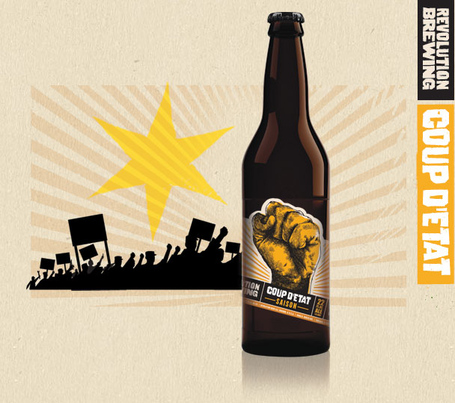 Crisp but with a nice spice note not commonly found in a saison, what better beer to represent Chicago's Big Ten Team, Walker's crisp tackling and his spicy pick-six? (via)

Beer, you say? Well I'm as interested in that as I am in Leonte Carroo's monster 7 catch, 170 yard, 3 touchdown performance this weekend. Shnockered with double coverage all day, Carroooooooooooooooooooo [breath] oooooooooo made a wide variety of potent catches. Sudsy isolation plays, heady hot reads, malty short routes and hoppy deep routes resulted in a thrice-as-nice tripel touchdown masterpiece. In his honor, I nominate Jersey's own River Horse Tripel Horse for BOTW. 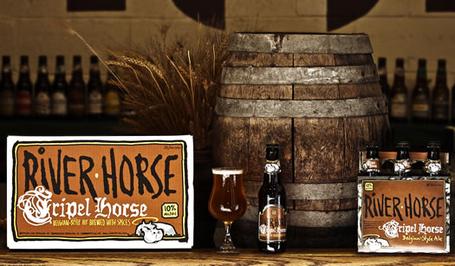 With 10% ABV, Tripel Horse is as strong as Carroo going over the middle. Plus, it has a sweet, malty nose...for the football, just like Leonte! Plus, both are from Jersey. Basically, the best beertaphor ever.

The king is dead. Long live the king. That's probably a bit premature, but after being thrust into the starting job by circumstances beyond his control, J.T. Barrett is starting to come into his own. Not only is he a lead-pipe cinch as an OTE OPOTW, but he was also the B1G Freshman of the week. The Buckeye signal caller was nearly flawless in his performance against Cincinnati. Barrett went 26 of 36 for 330 yds and 4 TDs. Numbers like that, coupled with no interceptions, earned him a 185 QB rating en route to a comfortable Buckeye victory. In honor of his coming of age in late September, I nominate a local Columbus Märzen beer, perfect for Oktoberfest (there are a few Germans in Cbus, if you didn't know). 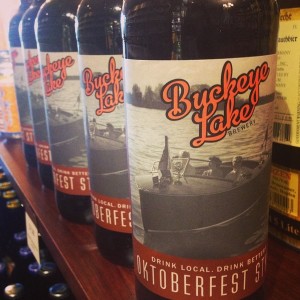 Buckeye Lake Oktoberfest is a traditional Märzen beer, malty and slightly hoppy. 5.7% ABV and 25 IBUs, it's the perfect way to celebrate the young Mr. Barrett reminding Cincinnati that they peaked with WKRP.

Brad Craddock continued his successful season this weekend against Indiana, converting on all three field goals from distances of 48, 30, and 48 while going a perfect 4 for 4 on XP's.  This makes him 10 for 10 on the season and earned him the Lou Groza Kicker of the Week Award while making himself one of eight kickers remaining to not have missed on the season.  If we go back to last season, by my count Craddock has made 16 in a row, which is an amazing stat for a collegiate kicker.  Craddock has made himself into a legitimate contender for the Lou Groza Award at the end of the season and given Maryland a reliable kicker to get some points on the board when they stall in opponents territory.  Craddock also continually hit it long on kickoffs, not giving Indiana any help in the field position game.

The smooth Australian, we figured, deserved a smooth, automatic beer. 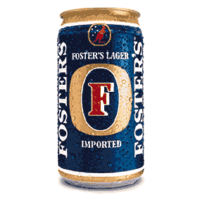 Dammit, that's not what we meant! We apologise for the fault in the subtitles. Those responsible (Mike Jones) have been sacked banned. No, the Automatic Aussie (totally calling that, you guys) deserves something as consistent, ruthless, and sharp as he is. That means... 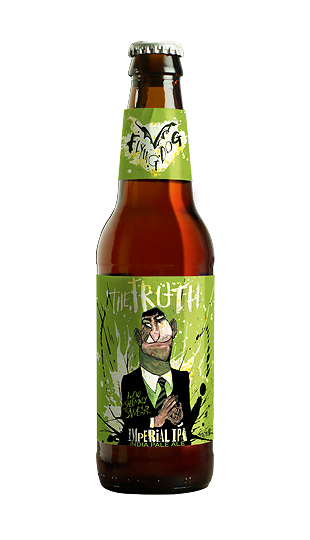 Sharp, bitter, and weighing in heavy at 8.7% ABV, The Truth from Flying Dog Brewery encapsulates Maryland's kicker so far this season. Should Craddock keep this up, the Groza Watch List nominee could kick himself right into a national award. Surely, so far this season the Automatic Aussie's been The Truth for Maryland (via).

There you have it! OTE's chosen DPOTW, OPOTW, and STPOTW, along with three fantastic nominees for BOTW. Got better players? Remember: go easy on us--we don't actually watch the games! Got better beers? Well what the hell are you reading this for?! Get to the comments and share them! --MNW